How fair pricing can really pay out

How fair pricing can really pay out

I have heard value pricing variously described as “what the client will stand”, “making up a figure”, “hourly billing plus some more”, and “ask the client what they think it is worth”.

Firms are deluded if they think that their future lies in this sort of approach, lacking as it does, in any honesty, integrity or rigour.

To restate one of my favourite judicial quotes: “the business of determining a fee that is fair to both the client and the lawyer is an exercise in assessment, an exercise in balanced judgment, not an arithmetical calculation”.

At the heart of this assessment conundrum is an easily articulated, yet extremely elusive concept, and that is pricing fairness. In this context, fairness has nothing to do with the quantum of the fee.

A fee could run to several hundred thousand pounds, yet still be perceived by both the client and the firm as “fair”, even exceptionally good value - whilst a fee of a few hundred dollars might be seen by the client as a “rip-off”. An hourly rate of £100 could be unfair and poor value from the clients’ perspective, whilst an extrapolated hourly rate of £3,000 may be a “steal”.

But when you transgress the fairness threshold, wherever it may lie, look out as you will be punished. Consider the swift public responses to the following random examples of companies whose pricing their consumers deemed unfair:

In each of these instances, the price did not pass the “fairness” test in the minds of the customer. It doesn’t matter one iota that it passed every other cost accounting, economics, financial analysis and price optimisation test.

So, what are the characteristics of a fair fee?

Quite some years ago the American Bar Association released a discussion paper about the future of the billable hour. The committee that drafted the report made the very astute observation that, “Any fee agreed to by an informed and unpressured client and an informed and unpressured lawyer will in most instances, by definition, be a fair fee”. How refreshing. Capitalist acts between consenting adults without the interference of regulatory busy bodies.

More specifically, fair fees have (in my view) most, if not all, of the following characteristics:

It is this “custom-fit” value and values-driven, reciprocal fairness approach to pricing that will in future best position firms to achieve two apparently diametrically opposed outcomes: improved profitability, and more satisfied clients. Some are already doing so and are reaping the rewards. 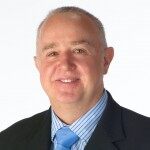 Richard Burcher is a former 30 year practising lawyer, Notary Public and managing partner, now based in London and working internationally. With a deep interest in all aspects of pricing legal services, Richard’s efforts are intently focused on how this traditional area of tension between lawyers and their clients can be reinvented to maximise profitability and client satisfaction using sophisticated pricing strategies, tactics and tools. http://www.validatum.com/blog