Hack the Change – 48 hours advancing the rule of law

Hack the Change – 48 hours advancing the rule of law

Legal and tech worlds collided over the weekend (11-13 November) for our inaugural  “Rule of Law Hackathon” – bringing together lawyers, coders and human rights activists to find a solution to a big problem: Securing equal rights for LGBT* people globally.

This hackathon was enabled by LexisNexisUK and supported by Amazon Web Services. Over a 48-hour period, 40 hackers worked in five teams to tirelessly and creatively solve a crucial challenge with help from over 40 support staff. The event was kicked off by our Hack the Change Lead, Amy Carton setting up the Hackers for a life changing weekend, not only for them, but for the LGBT* community worldwide. Amy Carton presenting to the hackers

The challenge was to plug the technology gap for the Human Dignity Trust, a charity which focusses on decriminalising homosexuality globally; to accelerate their success rate in defending LGBT* rights globally. Kapil Gupta & Richie Maitland (pictured below) from the Trust set out the full scope of the challenge for the hackers. LexisNexis UK flew in leading human rights activist Rosanna Flamer-Caldera of Equal Ground for the event, to gain her insights from the real world challenges in Sri Lanka. Also recognising that it is crucial to have support from activists like this in order for any solution to get traction in the real world.

From 6pm on Friday to 6pm on Sunday, the hackers formed themselves into 5 teams and together ideated, refined, coded, tested and developed their solutions to this critical challenge. Armed with a mission, unlimited cloud services from AWS, unlimited legal help from Hogan Lovells, Osborne Clarke and Freshfields, 48-hour support from The Human Dignity Trust and LexisNexis, the teams hacked and hacked and hacked.  View some of the Twitter commentary here.

The Freshfields web team presented a diverse team, consisting of lawyers and coders. They presented their solution by quickly explaining their process strategy of nano-scrums (something so edgy you can’t even Google it) and “thinking by design” (see our article on agile and design thinking for law firms). This allowed them to develop very fast prototypes in cycles.  The website is set up to cater for 4 different personas:

The Pirates approached the issue of secrecy and confidentiality by disguising the reporting of LGBT* abuses through the facade of a T-shirt shop. This clever approach permitted victims to report their incident through coded language – different t-shirts means different types of incidents, the size equates to the severity, comments and notes can be left in the delivery notes. This is then reported on the backend with a view for activists, both local and global.

LAIR refers to “local advocate incident reporting”. This clever solution piggybacks off Wordpress and utilises Google Forms. It is essentially a Wordpress plugin and enables users to provided localised tools. To secure confidentiality, it will require a PIN which, once inputted, will take you to a secure reporting form. Further, there is an underlying security rationale of “security through obscurity” as about a quarter of all internet pages run on Wordpress.

This was the largest and most diverse team, consisting of a lawyer, a psychologist and coders and developers. They identified the priorities as:

After considering disguising the app (similar to other teams), they took a different approach – a more general anti-violence app. This means it is easier to promote, simple to use and quite adaptable to different cultures. A central underlying rationale is that utilising a general anti-violence app should normalise the idea that “violence equals violence”. The website consists of only 3 pages with really clear messaging and a quick reporting tool. Here are some of the key features:

This team’s innovative approach to creating a covert app is to “hide in plain sight”. The idea is to piggyback inside Snapchat. All users need to do is install the Snapchat app, add ‘Par’ as a friend/account. Think of it as a modern free call number. NGOs will then receive raw data from users and can start to tag the data and view the incidents that users have uploaded.

The beauty of this approach was to harness the existing Snapchat infrastructure of confidentially transmitting data and deleting it, so it is never stored with users – only on the NGO side and through a secure AWS server. 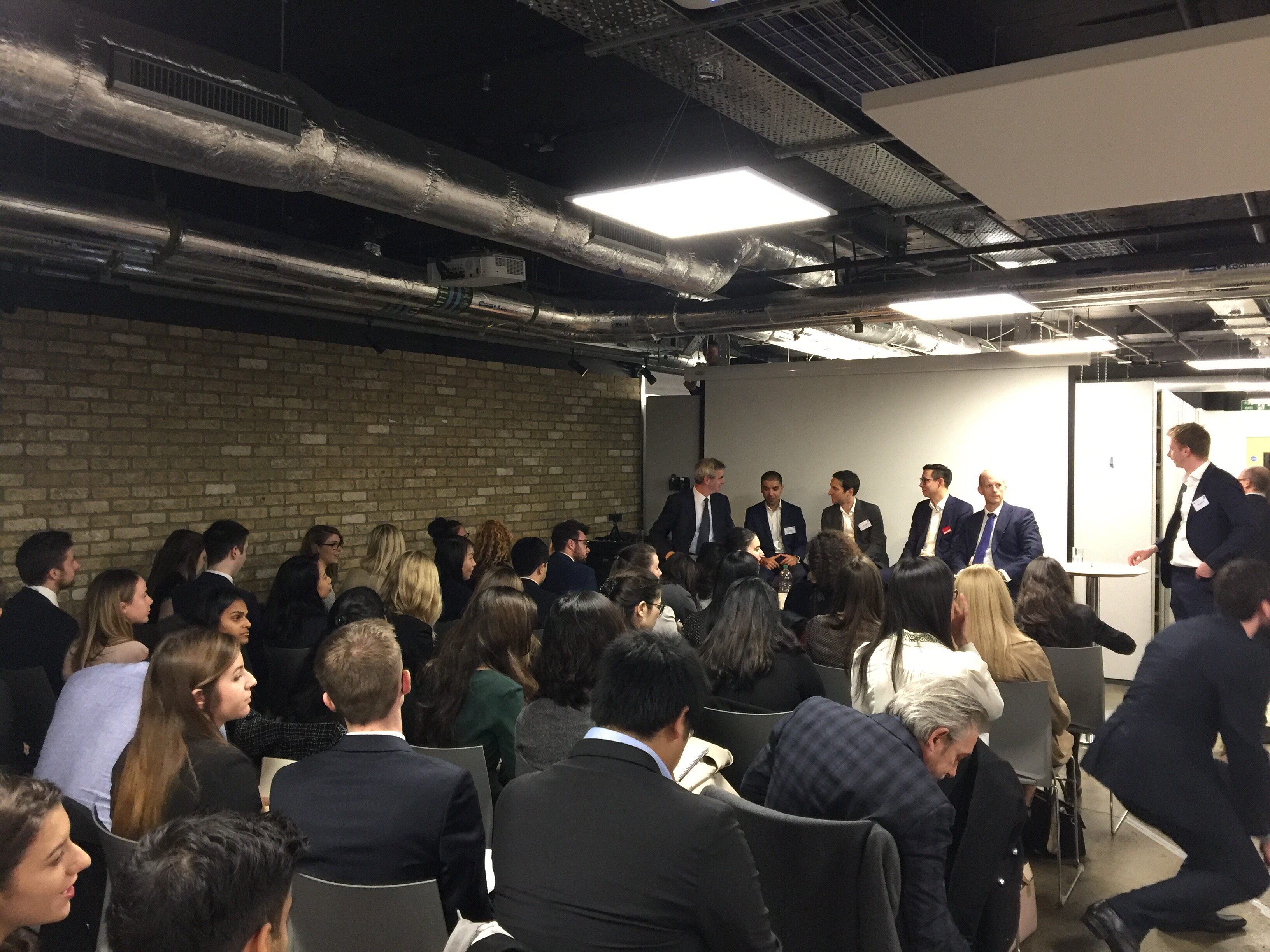 Before the final decisions were announced, a number of spot prizes were awarded for various achievements, ranging from the funniest tweet of the weekend to the group which didn’t really sleep at all. The judges had the unenviable task for awarding a first and second prize. After careful deliberation, the judges were proud to announce the following: