The penny has dropped for many law firms that they must readdress their document review processes as part of a wider risk reduction strategy encompassing the use of tech. This is hardly surprising as errors in drafting come at a price; you need only look at the facts when it comes to insurance claims.

In a recent whitepaper, a leading insurer explained that drafting errors have accounted for one claim in eight in the last six years. However, over the same period, these claims have accounted for almost a third of the total of settlement payments. Most claims arise from simple typographical or editing errors that could (and should) have been picked up by proofreading. The reality, however, is that simple typographical or editing errors alone can change the meaning of a sentence, raise some ambiguity and at worst, bring the legitimacy of a legal document into question. In the worst case, this can result in litigation or a heated exchange of letters, at best it damages the professional reputation of a firm or individual lawyer. With more people involved in the production of increasingly complex documents and the market becoming increasingly competitive, the risk element is now greater than ever.

In a survey conducted by LexisNexis, 33% of respondents admitted to skipping proofreading regularly. It can, after all, be an arduous task, especially when under pressure to deliver “more for less” in an increasingly competitive industry. The reality is, even when proofreading does take place, mistakes can and do occur 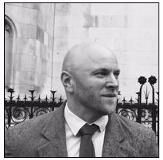