Criminal defence sector – do we sit back and watch the car crash?

Criminal defence sector – do we sit back and watch the car crash?

I am more convinced than ever that the criminal defence sector is about to suffer a catastrophic failure. There is a solution, but someone needs to start working on it now.

The looming fee cuts of 17.5% - after years of reducing fees and declining volumes of work as a result of falling crime - will see off any existing firms which carry "fat", by which I mean any organisational infrastructure (such as management, HR, IT etc).

At the same time (and quite rightly), future contracting requirements are likely to demand increased investment in technology. So, that will be the end of those firms currently behind the times, as they will have to deal with the investment, change in culture and cuts all at the same time.

It might be possible to absorb cuts if there were significant increases in volume of work, but, whichever way the wind blows here in our perfect storm, the result is the same. The sector desperately needs consolidation. But if Lord Chancellor Chris Grayling decides there should be limited consolidation (for reasons of political expediency), then income streams will not be sufficiently consolidated for firms to survive. And, regrettably (for the most bullish advocates of consolidation, of which I am one), it is highly likely that aggressive consolidation will also result in market failure; the consolidators in this sector have neither the management resources, expertise, working capital or balance sheet strength to really deliver it.

Such inevitable problems loom large on the horizon, yet we have not even started down the road of finding a sensible solution. The Lord Chancellor is a belligerent, ambitious, determined (and by no means unimpressive) politician with a job to do: deliver cuts. Whilst the legal profession in general, and the criminal defence sector in particular, remain hopelessly late adopters of sensible business practices, including those which involve the implementation of digital solutions.

In a highly revealing exchange between practitioners and the Lord Chancellor recently, he was told - in no uncertain terms - that firms could not afford one lap top, let alone the number of laptops required to equip all fee earners in a firm. Incredulous in his response that firms were not able to afford such an inexpensive business tool, from which it would be possible to derive numerous efficiency benefits, he said that, if this was the case, then "something has gone very wrong indeed".

At last. Something on which we can agree.

It is too late now to hope that the Lord Chancellor will take stock and deal with the profession as it is, and not as he (at least until recently) believed it to be. So, we are all going to have to watch while this car crash happens.

There is a solution.

To be fair to the Lord Chancellor, there is not a prayer that he’d have been able to implement it, even if he had stumbled upon the idea. However, I suspect he would be broadly in favour of the concept, as it mirrors the core efficiency solution that the Ministry of Justice is seeking to implement across the police, CPS, HMCTS and LAA; their "common platform" - a single integrated case management system used by multiple agencies.

There is no reason in principle why we should not have a unified case management system for criminal defence practitioners, used by multiple firms.

"Quality", I say, is being compromised every day as talented lawyers leave our profession to go and get a “proper job”, as we divert our limited resources into 1,600 separate infrastructures.

"Quality", I say, is defined by reference to the face to face interactions between clients and their representative at the police station or at court – which is not compromised by rationalising the infrastructure needed to process the output from those interactions.

I am more convinced than ever that the criminal defence sector is about to suffer a catastrophic failure.

There is a solution.

But someone needs to start working on it. 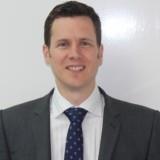 A Solicitor by background, Adam has had a diverse career in private practice including spells as a residential conveyancer on the one hand and dealing with heavyweight spread betting litigation and international arbitration for Russian oligarchs on the other.

He turned his back on private practice in 2005, after completing his MBA, and he now devotes all his time to the better management of law firms.  As a former legal aid Solicitor, he is sensitive to the passion that legal aid lawyers have to provide the best quality legal services to the most vulnerable in our society.  However, it is his mission to provide a framework for the delivery of legal aid that is commercially sustainable in the face of repeated cuts to the fees paid for legal aid services.