Compulsory ADR – a new tool in the court’s box?

Compulsory ADR – a new tool in the court’s box?

Compulsory Alternative Disputes Resolution (ADR) has traditionally been viewed as a consensual process – unless the parties agree to engage in it either before or after the dispute arises, they are not obliged to do so. On 12 July 2021 the Civil Justice Council published a report concluding that compulsory ADR, with safeguards, would be legal and should be encouraged.

The traditional view, expressed by Dyson LJ in Halsey v Milton Keynes General NHS Trust [2004] EWCA Civ 576, was thrown into question by the decision of the Court of Appeal in Lomax v Lomax [2019] EWCA Civ 1467.

In Lomax the Court of Appeal held that the court has power to order Early Neutral Evaluation (ENE) even where a party objects.

However, its decision rested on the specific power to order ENE granted to the court by the CPR, and it was unnecessary to consider the broader question of whether a court could order other forms of ADR, such as mediation, if one party was opposed.

The court was faced with this question in McParland v Whitehead [2020] but did not ultimately decide it as the parties agreed to mediate. Rather than waiting for the question to arise in another case the Civil Justice Council was asked by the Master of the Rolls (who had been the judge in McParland) to look into it.

The report concluded that mandatory ADR, which was not disproportionately onerous, would be legal, and in particular not incompatible with Article 6 of the European Human Rights Convention, and would ‘place another useful and powerful tool in the [court’s] box’.

Isabel Hitching QC of Crown Office Chambers has extensive experience of ADR, is a member of the Civil Procedure Rule Committee, and is author chapter 23 of Emden’s Construction Law on ADR. 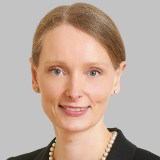 Isabel Hitching is a specialist in commercial, construction and engineering, and related insurance, professional negligence and property damage fields.

Isabel is known for combining intellectual rigour with a team working and commercial approach, identifying an effective strategy to achieve the best for her clients whether at trial or in mediation and negotiation.

Isabel undertakes frequent trial work in the High Court and is regularly instructed in adjudications and arbitrations. She is known for her ability to analyse and marshal vast disclosure and work effectively with multi-disciplinary teams of experts.

Prior to taking silk Isabel was the most senior commercial/construction specialist on the Attorney General’s panel and acted for the government in a large number of high value (up to £300m), factually complex and politically sensitive disputes. Isabel continues to act for the government as Queen’s Counsel as well as for insurers and private clients.

With her academic background as a lecturer at Christ Church, Oxford, Isabel is frequently instructed in cases raising novel or complex points of law. She has been involved in a number of test cases at first instance as well as in the Court of Appeal, the House of Lords, Supreme Court and European Court of Justice, including the first case to be decided in the Supreme Court on adjudication. She is currently instructed as the leader on a number of ‘portfolio’ test cases for insurers and the government.