There are around 10,000 firms of solicitors in England and Wales, generating over £25bn in revenues annually. 85% are small high street firms with an average turnover of £1m. There are some very big players (the top 200 account for 62% of those revenues) and also some that are very small.

Until recently, failures were almost unheard of. However, financial reality is perhaps starting to take hold. We have now witnessed a number of significant regional and national players hitting the dust and the headlines – Halliwells, Blakemores, Challinors and Cobbetts.

But that doesn’t tell the whole picture. According to an analysis of the sector by professional services consultancy Begbies Traynor, nearly 200 smaller firms went bust in just the 3rd quarter of this year, with the number in financial distress amounting to around a quarter of the entire market.

Some sense of what is happening and why may be seen from work that The Solicitors Regulatory Authority (SRA) is undertaking as part of its Financial Stability Project. The outcomes to date are rather startling.

The SRA has developed a number of key financial stability indicators, including:

The result? The SRA has now identified 1,200 firms at risk. Over 200 firms appear to be under intensive supervision, including around 30 of the top 200.

And the reasons?  A progress report on the Financial Stability Project presented to the SRA’s Regulatory Risk Committee on 23rd September identifies some “striking features” in the market:

What conclusions can we draw? In my view, these issues, while alarmingly endemic, are merely symptoms. They haven’t suddenly arisen as a result of the Legal Services Act, LASPO and other Government reforms, or the introduction of the ABS. Their effects have been masked by the way that the market has been allowed to operate and has been regulated. Until very recently, the SRA simply didn’t get involved in firms in financial difficulty. Previously, it was there effectively to pick up the pieces of any disaster, but had no brief to or experience in trying to head it off. It is also clear that banks, who had been all too willing to lend to solicitors in the past, were either not being made aware of the full extent of the problems of some firms or were even being deceived.

The underlying cause is a direct consequence of the way that the legal market has been very largely isolated from the pressures and disciplines of commercial life. The prevalent partnership model isn’t one that always lends itself to prudent business and financial management, as is perhaps borne out by the SRA’s comment that one effective method it has found for causing firms to understand their true position has been a requirement to obtain independent advice on insolvency. Contrast this with the legal duties placed on Directors to keep the solvency of their business constantly under review!

The major effect of the liberalisation of the legal market is to bring that isolation to a close. Slowly but surely, the same level of prudent business and financial management that everyone else has to exercise will become the norm. The principles that underpin business success in every other market will filter through.

Lessons are undoubtedly now being learned. The notion that legal businesses simply do not fail has been firmly put to bed by the very public insolvencies of the past year or two and there is a growing realisation within the market that a good business means more than a good reputation (or even a good flow of work). The changed attitude of the banks means that an understanding by firms of the importance of cashflow has become a necessity. In time, all law firms, whether structured as partnerships, LLPs or corporate entities, will exercise the same degree of financial management as everyone else.

These changes won’t happen overnight, and In the meantime there will be a raft of closures, insolvencies and forced mergers. For some in the market, this could even provide a silver lining. The administration of Cobbetts has so far generated legal fees of over £350k! 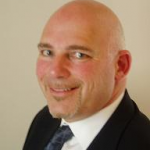 Simon Goldhill is a business builder, strategic planner, and troubleshooter with over 30 years experience of the legal market.

The first 20+ years was as a solicitor at a number of City and Central London commercial firms. In addition to a successful practice as a commercial litigator, he also had senior management roles, including heading departments and setting up a new firm.

He then left practice and co-founded InterResolve, the UK’s first volume mediation business, which he successfully built from concept through to institutional investment.

Simon is now focused on strategic consultancy, working with innovators in the liberalised legal market. His work has included advising major national brands and developing new volume business and operational models for delivering legal services to consumers and SMEs.

Coupled with other major developments in technology, consumer/client engagement and fee structures, this market will see large-scale and disruptive structural changes to how legal services are marketed, delivered, regulated and paid for in the coming years.

Its work has included advising major national brands and developing new volume business and operational models for delivering legal services to consumers and SMEs, in particular where volume and scalability are features.