Change is coming: the slow destruction of the legal profession

Change is coming: the slow destruction of the legal profession

In the year 2000, Tom Peters, in his characteristically bullish manner, suggested that within 10 years 90% of American white-collar jobs would have disappeared. His assertion was that this would be driven by intense global competition intensified by destructive local entrepreneurs, new productivity tools and global outsourcing.

Now with the benefit of hindsight, we can see that the number of job losses was clearly not as high as 90%, but it is also clear that many professions have undergone significant structural change with job-losses compounded (and possibly masked) by the deep recession. If you were to look at, for example, the finance or human resources functions in large organisations today, they would indeed look radically different to their predecessors that existed at the turn of the millennium. Technology, outsourcing and global competition have undoubtedly caused widespread and permanent change. Except in the law?

The law as a profession has always been slow to change. With often deeply risk-averse practitioners, protected from the cold winds of competition by layers of regulation, and operating in a market dominated by partnership organisational structures which because of their consensual nature are hugely change resistant, this is not surprising.

But at least here in the UK, change is very definitely afoot. Underpinned by the Legal Services Act, accelerated by the tough economic conditions, and with outsourcing and technology slowly beginning to take a foothold in the market, suddenly the future looks very different. For new lawyers entering the profession, what looked like a secure, linear path to a profitable and comfortable life as an equity partner now looks much less certain.

So where is this going? Will 90% of lawyer jobs disappear within the next 10 years? The short answer, is (as with Tom Peters original prediction), this is likely to be something of an overstatement. But we should not underestimate the scale of change that is coming.

When looking at globalisation, it has largely been US and UK law firms that have been benefiting from this trend to date. Established, well-funded law firms with strong client relationships with global corporations have been able to rapidly increase their global footprint and secure growth from emerging markets. It is only now that we are beginning to see the large law firms from those jurisdictions fight back and begin to create meaningful presence in the Western markets. Similarly, when we look at outsourcing, this is a trend which is in its infancy, but it is clearly not going to go away (look at other professions for proof of this). Five years ago, expectations and media hype around the growth of outsourcing and its impact were at a high point. What we have seen since has been a slow but steady adoption of onshore and North Shore outsourcing with a slower (and often much less public) growth of offshoring. It is inevitable that has law firms and their clients get more comfortable with these models, and service providers mature, the scope of work and the variety of geographies used will increase.

The dark horse is technology. The role played by technology in the delivery of legal services to date has been fairly limited. Aside from basic document production and management plus communication and collaboration platforms, the vast majority of legal work is still undertaken by humans. But as we see document automation and proofing technologies become more advanced and adoption rates picking up, and ediscovery tools becoming both more sophisticated and more widely accepted, it becomes clear that technology can play a much more significant role in the future of law.

How much further? Consider this: many commercial lawyers accept the increasing role of technology in high volume, low complexity legal work. However they struggle to see how it could be applied to their own practice. Much of their work, whether it is advisory or drafting, is really about their application of skill and experience to a particular set of circumstances. Is this an art or science?

The skill could be codified into a set of rules relatively easily. By this I mean if you talked to say five corporate partners at top law firms and asked them how to do a particular legal task, while they all may have individual ways of getting to the results, the key steps and processes would likely be the same. The content and order of the steps, is essentially governed by a set of rules. During the application of those rules, there will be certain decision points where a judgment must be made. Here the lawyer will make the judgment based on his or her own experience. This experience is likely hard-won over a number of years and its value should certainly not be underestimated. But in reality, how broad and deep is that experience? If rather than drawing from one person's experience over, say 20 years, a computer could analyse hundreds or thousands of deals and from that analysis calculate not just what the most common next step in the process was, but what the likely outcomes and implications were (perhaps also evaluating hundreds of litigation cases relating to similar deals).

Far-fetched? A quick look at the world of "big data" suggests this type of scenario is not a million miles away. Likely to make 90% of lawyers redundant in the next ten years? I don't think so. Likely enough to suggest that the widespread change in disruption in the profession is only just beginning? I think so. 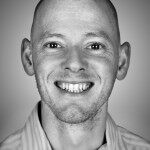 Mark Smith is a Market Development Director at LexisNexis. Mark worked as a solicitor for ten years, specialising in technology and outsourcing work.