Can a solicitor be personally liable to pay costs?

Can a solicitor be personally liable to pay costs?

The possibility that a firm of litigation solicitors, despite acting properly for a client in advancing their interests, could nonetheless end up being held liable to pay a huge costs order, is unsurprisingly something that would sound alarm bells across the profession.

This is a possibility that was raised in DLA Piper UK LLP v BDO LLP (the major firm of City solicitors versus a major firm of accountants).

The judgment of the Administrative Court will be of considerable interest to solicitors specialising in litigation - especially fraud cases.

The case relates to whether a solicitor acting for an applicant can be found personally liable to pay the costs of the respondent, following the court's refusal to grant an application to issue a witness summons against the respondent.

DLA represented a client who was charged by the Serious Fraud Office with fraud offences concerning a company called Torex Retail Ltd, of which the client had been a director. Prior to his trial, DLA sought disclosure of a substantial amount of its documents from BDO, who had acted as Torex's auditors. BDO refused to comply, and so DLA applied to the Crown Court for the issuance of a summons, which would order BDO to disgorge the documents. BDO decided to contest this vigorously and instructed eminent solicitors and leading counsel to oppose. This incurred considerable legal fees.

At the eventual hearing, the judge held that the application was unjustified and then made a costs order in BDO's favour, but against DLA, not its client. This was not because of any finding that DLA had acted improperly. BDO's counsel eschewed such a submission, and there was no reference to the wasted costs jurisdiction, which would apply if such a submission had been advanced. Instead, Counsel persuaded the judge that such an order ought to be made against the entity which had unsuccessfully sought the summons - and this was DLA. He pointed, for example, to the application form where a DLA partner stated that she was the applicant. Secondly, as this solicitor was in court, her firm had sufficient notice of BDO's application and, so, the judge could summarily rule on it.

To make matters worse, DLA's ability to appeal this harsh order was severely circumscribed. The Court of Appeal was unavailable as it was plainly not a defendant in the Serious Fraud Office's prosecution. DLA also believed that a judicial review was out of reach as, pursuant to the Senior Courts Act 1981, the jurisdiction of the Administrative Court is excluded from a Crown Court decision relating to a trial before it. The only feasible remedy appeared to be the arcane route of a "case stated" and so DLA embarked on that.

Thankfully, this story has a happy ending for DLA and, thus, by implication for all litigation solicitors. Moses L.J. who was plainly alive to the unfairness inflicted on DLA and how its predicament could, if not cured, lead to other solicitors being discouraged from properly and fearlessly representing their clients, held that the 1981 Act did not oust judicial review, as the making of this costs order was sufficiently remote from the trial process, so as not to interfere with it. He then quashed the order on the basis that the judge had wrongly identified the applicant for the summons against BDO. This was of course DLA's client, the accused, and not it. He also (unsurprisingly) held that any future application for a substantial costs order against a solicitor should be heard only after far greater warning of this is given, and should be reserved for an alleged clear case of impropriety.

DLA's relief will, however, presumably be the inverse of BDO's consternation. The accountancy firm, despite seeing off the summons application, has been deprived of reparation in relation to its own considerable legal costs and, to that extent, is now only able to celebrate the type of victory which King Pyrrhus had also to endure. 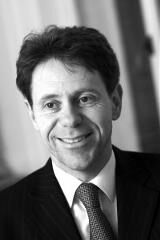 David Corker has a formidable reputation as a criminal and regulatory litigator. He is ranked as a key individual (Band 1) in the fields of Criminal Fraud and Crime and Cartel Defence by Chambers 2014, and as a leading individual for Fraud by Legal 500 2013 2.

David specialises in acting for clients implicated in criminal or regulatory investigations, many of them international.  He has many years’ experience of fraud, corruption cases and cartel investigations and also maintains a thriving general criminal practice.

David has acted for clients in almost every large criminal fraud case undertaken by the Serious Fraud Office. He has considerable experience in international criminal cases involving, for example, allegations of corruption, money laundering or cartels. In relation to Financial Conduct Authority investigations, his work has focused on alleged insider dealing, boiler room frauds and misleading the market.