The Supreme Court has found in favour of thousands of insureds in the landmark Business Interruption Insurance (BII) dispute, brought by the Financial Conduct Authority (FCA). The judgment upheld the decision of the High Court. BII covers disruptions which limit the usual profit-making activities of a business. The dispute concerned the types of losses which were covered by certain BII extensions, namely: Disease Clauses, Prevention of Access Clauses and Hybrid Clauses. Several thousand businesses sought to claim on their policies following difficulties arising out of the Coronavirus pandemic. Following the decision of the High Court, the Supreme Court ruled that the vast majority of policy wordings which had been analysed by both courts, could pay out.

The implications of the Supreme Court ruling are myriad. This article will focus on the Orient-Express principle and the broader significance as to the construction of trends clauses.

As part of their case, insurers relied upon the principle laid down in Orient-Express Hotels Ltd v Assicurazioni Generali SpA regarding causation in cases where there are concurrent causes of loss. The case concerned a BII claim for physical damage caused to a New Orleans hotel resulting out of Hurricanes Katrina and Rita. As a result of the damage, the hotel was unable to host visitors. The insured hotel also issued a claim for loss of attraction to the area. Orient’s policy contained a trends clause in which the occurrence of a hurricane was considered to be a possible disruptor.

Trends clauses seek to deduce the probable course of business were a single or continuous event to occur. Insurers must then adjust the final payment in accordance with the likely profits for that period, as opposed to adopting a wholesale view. For instance, a Bed and Breakfast in sunny Eastbourne would likely recover a higher payment for disruptions caused in the summer than those experienced in winter months. In such cases, both the insurer and the insured accept that a trend of the business is that warmer months are the busiest. However, trends clauses seldom covered the same causes of loss as the wider policy, as to do so would mean running the risk of the two nullifying one another. Such was the case in Orient-Express in which the High Court ruled that the hotel could not recover on its BII. In the rather confounding judgment, the court decided that even if physical damage had not ensued, the evacuation of the wider city would have given rise to the same result. The ruling has long confounded practitioners, many of whom disagreed with the result.

The Supreme Court took the opportunity to overturn the Orient-Express principle, much to the delight of several businesses. It confirmed that the High Court had erred in its interpretation of the policy, given the poor construction of the trends clause. The trends clause should not have included a cause of loss that was linked to or arose out of the insured peril. The court distinguished the facts of the present case from Orient-Express, but set out to overturn it nonetheless. Although, the incredulity of practitioners has long been apparent given that the case has not been substantially relied upon in insurance litigation until now.

The Supreme Court also clarified that trends clauses were a method of quantifying loss, not of absolving the insurer. They only become important once causation has been established. Where that is the case, the insured will almost always recover. The court’s points on trends clauses mean that insurers cannot creatively maintain the Orient Express principle on a case- by-case basis.

The ruling also has significant implications for insurers who must now review their policies to guarantee that they are compliant with this revised understanding. This may have significant financial implications, merely amplifying the financial consequences of successful Coronavirus-related BII claims.

There are several lessons to be learned from the ruling, many of which will only become apparent in the fullness of time. 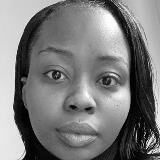 Dami is an Aspiring Barrister with an interest in General Commercial-Chancery matters and Financial Services disputes.
She has spent a number of years advising businesses of all sizes regarding legislation and case law arising out of these areas.
She retains an academic interest in other areas of law, having written pieces on matters related to Public Law, Equality Law and International Law.