Are barrister led ABSs proving to be competition for law firms?

Are barrister led ABSs proving to be competition for law firms? 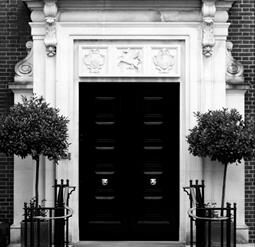 Alternative Business Structures (ABSs) were introduced under the Legal Services Act 2007, with the first ones being licensed by the SRA in 2012. Although there was much talk of “Tesco law” leading up to their introduction - the idea being that huge conglomerates such as supermarkets would expand into the legal services sector, applying their “stack ‘em high sell ‘em cheap” approach and putting high street firms out of business - the reality has been somewhat different.

Although Co-Op has been able to expand its efforts in certain areas and Walmart is testing the waters in Canada, it is legal-focussed technology companies such as Google backed Rocket Lawyer (rather than ABS-empowered supermarkets) which are making the waves in the UK legal market. Nevertheless, the uptake of ABS has increased with the number growing to around 250 in 2014.

The aim of barrister-led ABSs can be a method to enable chambers to compete with traditional law firms, expanding the remit of the public/direct access scheme which, according to Marc Beaumont, Chairman of PABA, has “opened up access to justice for those who cannot afford a solicitor”. However, competition with solicitors is only one factor, and the reasons that chambers might convert to ABSs are often varied and nuanced.

Richmond Chambers in London was the first barrister-led practice to successfully apply for ABS status. Dealing primarily with immigration law, it found that its international clients appreciated “a regulated entity rather than a regulated individual”. Explaining their decision to become an ABS, principal barrister Paul Richmond argued that the move

“enabled us to offer our international clients the protection of two regulatory regimes - a barrister regulated by the Bar Standards Board [BSB], practising from a chambers that is regulated by the SRA”.

He added that operating as an ABS improved business development by enabling a “team of managing partners to be introduced, along with a non-lawyer with financial management experience”.

More recently, Liverpool-based 7 Harrington Street Chambers launched an ABS “attached” to their existing chambers, which they claim will help them provide “a more bespoke service to those clients for whom greater accessibility to our expertise would be advantageous” and adapt to the changing legal landscape. Back in London, 5 St Andrew’s Hill, a chambers specialising in white collar crime and extradition, set up an ABS to help it obtain international work. One of the directors Wayne King said that a motivating factor was that “to set yourself up as an ABS which looks from the outside like a solicitors’ office with an internal advocacy department, would make us more attractive [to the international market].” Interestingly, he also noted that SRA regulation was more valuable than BSB regulation in terms of international recognition.

Irrespective of the merits of SRA over BSB regulation or otherwise, the BSB has been making efforts towards becoming an ABS licensing authority. In the meantime it has already authorised 15 “entities” - “companies or partnerships that provide advocacy, litigation, and expert legal advice services” (essentially ABS-light). According to BSB research conducted in 2013, between 1 in 10 and 1 in 5 barristers were considering setting up or joining a BSB regulated “entity”. However, more recently, Karim Khalil QC and Andrew Campbell-Tiech QC, played down the importance of ABS style structures as “far from being as central to the success of a modern set as their proponents suggest”.

Symbiosis rather than competition

It’s too early to tell whether or not barrister led ABSs will start eating into the market share of client work which traditionally goes through solicitor-led law firms. However, it’s already evident that competing with solicitors is not the only driving force for chambers converting to ABSs; there are a wide variety of factors at play, and the symbiotic relationship of solicitors and barristers is unlikely to transform into fierce rivalry between chambers and firms. What looks more probable is that the two professions will become increasingly entwined and may gradually become less distinct, a perfect example of which was the recent decision of barrister David Hassall to set up an ABS in order to “fuse the two professions harmoniously”. 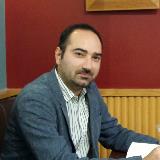