Agreements should be made as simple as possible, not just simpler

Agreements should be made as simple as possible, not just simpler

The other day, the lawyer with whom I was negotiating an IT agreement said that, in the last few years, these sorts of agreements had developed and thinking had been refined. He tried to use this to justify lengthy unacceptable changes to a vital clause! Just after that I reviewed a draft Scottish public sector contract and was pleasantly surprised to see that it was relatively short, sweet and even-handed.

These contrasting experiences got me thinking about how commercial agreements have altered in the 30 years since I qualified. Yes, of course, drafting has become more sophisticated, thinking more advanced and risks need to be addressed today that didn’t arise in the 1980s.  But I am nostalgic for the brevity and deceptive simplicity of the commercial contracts of that era. Today contracts can be hundreds of pages long and contain provisions that are unnecessarily long-winded, complex and convoluted.

Modern document production may have tempted lawyers to indulge in verbosity.  When I started training at a City law firm in 1983, magnetic cards were inserted into a box linked to a typewriter that recorded text as it was typed. There was a thin strip of a screen on which could be seen no more than one line of text. Mag cards were used to recall and reprint documents but editing documents and saving changes was difficult. Document production was labour intensive and slow.  Keeping drafting succinct and to the point was advantageous; legal draftsmen focused their minds on conciseness and clarity.

During my first year, word processors with floppy disks were introduced, allowing documents to be amended and saved properly.  This was revolutionary. Today’s document production capabilities far outstrip that WP system but are really no more than an evolution from it.

With the discipline that came with the need to keep agreements short and clear having disappeared, documents doubled in length and complexity overnight.

Take change control. It evolved from a simple one line clause saying all changes must be agreed in writing, to a short schedule of around 5 pages that said much the same thing but with a few processes and a template added, to today's all-singing all-dancing 30 odd page change control schedule with different categories of change - contract change, operational change, technical change and so on, all with slightly different processes and procedures that must be followed before the relevant amendment can be agreed. So then there's the need to provide for how to resolve a dispute when one party believes a change is a contract change and the other thinks it's an operational change. And what about who bears the risk that a change in law impacts on the contract? It’s got overblown and heavily over-process driven.  I can’t see the harm in going back to a simpler version.

Vast quantities of time and oceans of printer ink get used up in negotiating ever extended and multifaceted limitation of liability clauses. Certain types of loss attract unlimited liability, whereas other categories of loss are excluded altogether, and some others are excluded if indirect loss but included if direct loss, and so on.  This provision is intensively negotiated, often over several meetings, weeks and, sometimes, months. Isn't it time to retire endless Hedley v. Baxendale related discussions? Lastly, there’s the financial cap, often between 125% and 150% of annual spend under the contract for claims arising in that particular contract year. Whilst it is appropriate for some kinds of loss to be uncapped, we could simplify the rest of the clause by stating that, apart from such uncapped categories of loss, everything else is subject to the financial cap. Given that the financial exposure that such a cap represents isn’t huge and the cap is, by far, the most important part of the clause, wouldn’t that simplification be a pragmatic way forward?

Step-in rights provisions could be done away with in all but a very limited number of contracts. Are they ever really workable in practice? If so, in a very small type of service provision.

Let’s cut out provisions that start ‘For the avoidance of doubt’  followed by whole raft of words either restating what’s already been said or stating the blindingly obvious.

In fact I believe we could take a scalpel to agreements for even the most complicated IT projects and cut out a lot of verbiage without causing any great problems to supplier or customer. Albert Einstein is attributed as having said: “Everything should be made as simple as possible, but not simpler” and this concept can be applied to commercial contracts.

Forward thinking lawyers should apply their  legal and industry knowledge to create best of breed templates that embody Einstein’s simplicity idea. They should work with businesses to streamline their agreements, leading to well crafted, well thought through, balanced and shorter standard agreements that we produce for clients speeds the time to signature significantly whilst giving clients the legal protections they need. 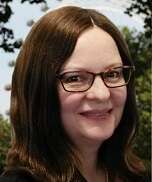 Linda Kabi is a highly experienced telecoms, IT and commercial lawyer and consultant with NewLaw firm Halebury. She has 30 years’ experience working primarily in the international telecoms industry, having previously acted as GC at Nowtel. Linda has also worked as a senior lawyer in high-profile tech companies including BT, Inmarsat, Hutchison 3G and Vodafone.