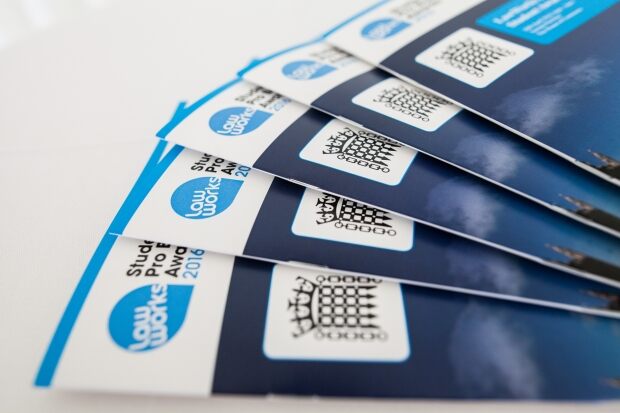 The general theme across all of the student responses was a commitment to “give back” and a belief that pro bono will feature in their future careers.

“I hope one day to practice as a barrister at a progressive public set, and certainly intend to commit a number of hours assisting individuals and civil society groups pro bono... I want to be able to represent less privileged clients in a way that is sustainable, so would hope to see a reversal in the dismantling of legal aid.” Robbie Stern

“I would like to think that pro-bono work will play a big part in my future career, both as a central part of my practice and something I would want to be involved in my own time.” Ben Hammersley

While the students have had personal exposure to access to justice issues through their pro bono work, almost all of them commented on the lack of formal training and education in this space. But it was encouraging to hear The University of Strathclyde praised in this area:

“Access to justice issues are explored at great depth in this degree through assessments and taught modules… Students are encouraged to reflect on access to justice issues presented by the cases they deal with and the clients they serve, all the while challenging the black letter style of legal education in a vacuum that seems to prevail at undergraduate level.” Fergus Lawrie

There was a general sentiment that the law is more than a business – more than billable hours and bottom lines. In order for the rule of law to exist, there needs to be access to justice and access to the legal profession for everyone in society.

“Access to justice is a basic need like healthcare, housing, or education: it is a hallmark of a just and compassionate society. I want to live and work in a jurisdiction where the ability to receive adequate representation is not dependent on the size of a client’s wallet.” Robbie Stern

“Given that I am in a privileged position to receive a legal education, I feel I have a personal duty to work to change the law and the legal profession in order to redress these imbalances, and I encourage and help others to do the same.” Fergus Lawrie

For all the students, being involved in pro bono highlighted the inequality in the justice system. There was a solemn observation that an individual’s wealth affected access to justice more than it should.

“Being involved in pro bono has made me realise how many people are affected by restricted access to justice. I was astounded by the amount of people that were queuing outside of an evening law clinic I recently volunteered for in Guildford. Unfortunately, due to the large amount of people seeking legal advice, we had to turn down many of the visitors.” Emma Salmon

“When I first got involved with pro bono, I knew that access to justice was an issue and that I wanted to do something about. However, after seeing first-hand the difficulty that many people, particularly the most vulnerable in our society, face in accessing legal services, the legal system and often the justice they deserve, I realised the true extent and the deep-rooted nature of the problem.” Fergus Lawrie

“The revenge pornography victims I advised at the Legal Advice Centre would not usually have the means to instruct a lawyer in civil proceedings against ex-partners or website hosts. Often, it would seem that the only feasible way forward for the client would be to report the relevant party to the police. This brought home for me the materiality of wealth in accessing justice. However, confronting these cases also demonstrated to me the value of pro bono services such as the Queen Mary Legal Advice Centre. These vulnerable clients typically feel ashamed to seek help and excluded by the system. Gaining an understanding of their legal position puts at least a degree of power back in their hands.” Robbie Stern

All students acknowledged, without exception, that the rule of law is central to the UK. It is part of the glue keeping the fabric of society together. Many of the students foresee challenges in the future, particularly surrounding the cuts to legal aid.

“The rule of law is the central pillar of our democracy. The system is far from perfect and in times of austerity these problems will only be exacerbated.” Ben Hammersley

“The rule of law and its equal application is exactly why access to justice is such a crucial concern and it is up to lawyers to ensure this is upheld. However, the reality is that the profession often fails to do so and I believe it is the responsibility of young lawyers to challenge the status quo and drive change in the profession from the bottom up.” Fergus Lawrie

We would like to again congratulate the nominees and the winners of the LawWorks & Attorney General Student Pro Bono Awards 2016.

You can read the full list of winner here.

LexisNexis recently released this Rule of Law Tracker, an interactive tool that quantifies the relationship between rule of law and social and economic development. We also have a couple of significant and exciting Rule of Law projects on the horizon. Stay tuned!