7 ways to deal with difficult colleagues

7 ways to deal with difficult colleagues

I remember my first day at work as a lawyer.

Soft of face and wet of ear, I was taken aback by the constant use of the term “fee-earner” to describe my new position. “But I thought I was a lawyer” my internal monologue protested: “a righter of wrongs and noble upholder of the law”.

Well, yes, that was still true but suddenly a new and unexpected ingredient was thrown into the legal mix: I was also to be an “earner of fees”.

Fair enough: a law firm is a business like any other. Law firms cannot exist on the power of goodwill alone.

However, the fact that I was a fee-earner meant a flurry of monthly spreadsheets would soon be produced on which progress towards my annual target would be measured, not unlike a Blue Peter appeal for grown-ups. Except that it was a bit less fun and involved the tacit threat of being shown the door if my failure to hit various targets was to rear its ugly head.

Which is probably why a small minority of, but by no means all, lawyers mutate from being keen-young-whippersnappers to over-caffeinated ne’er-do-wells in the time it takes you to say “why did you write all my time off”?

So how do you deal with Darwinian environment of a modern law firm?

Grow a beard and set sail for the Galapagos Islands?

No. Probably best not.

That said, you can check out some of my handy tips below on how to deal with difficult colleagues:

Sadly, however, there are times when obnoxious behaviour crosses the line, into the realms of bullying, harassment or discrimination. This is when a firm’s HR department might need to be consulted. If you think that this is happening to you, there are fortunately various resources available to you such as the Solicitors’ Support Network (SSN). The SSN also operates a confidential helpline (on 0800 328 4203).

Whatever happens, do not think that an issue will simply disappear as if by magic. It won’t – unless you move to Australia and take up another job (hint: this can be expensive and time-consuming).

It is clear that part of being a lawyer is dealing with office politics. The better you become at dealing with these, the more you can concentrate on what really matters: your files and your clients. And, most importantly, your sanity. 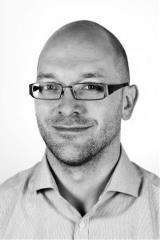