The Department for Exiting the European Union published the first tranche of technical notices designed to inform individuals, businesses and public bodies in the UK of the implications of exiting the EU in March 2019 without a deal, including a technical notice on banking, insurance and other financial services. In a speech on the government’s planning for a no deal Brexit, Secretary of State for Exiting the European Union, Dominic Raab, spoke of the need for a ‘sensible, responsible and realistic conversation’ about the no deal scenario and what it means in practice, so that citizens, businesses and public sector organisations can make informed plans to prepare for Brexit in any event.

The chancellor of the exchequer, Philip Hammond MP, wrote to the chair of the Treasury Committee, Nicky Morgan MP, regarding the government’s Brexit ‘no deal’ planning and analysis, saying that while the government was confident in agreeing a good deal for both sides, it had to prepare for all scenarios. The impacts on GDP could have large fiscal consequences with potential borrowing around £80 billion a year higher under a no deal/WTO scenario by 2033–34 in the absence of mitigating adjustments to spending and/or taxation relative to a status quo baseline.

TheCityUK responded to the UK government’s Brexit contingency paper for financial services, saying it summarises the ‘prudent and pragmatic actions the UK government is taking to help minimise the risk of potential disruption’. CEO Miles Celic urged the European Commission and EU Member States to put their own contingencies in place as soon as possible. The CityUK also published a briefing paper on the continuity of cross-border financial contracts post-Brexit saying that it is the mutual interest of the UK and the EU that urgent agreement is struck on the ability of contracts to be grandfathered either for a defined period or potentially until maturity.

FCA annual public meeting to be held on 11 September 2018

The Financial Conduct Authority (FCA) will hold its annual public meeting on 11 September 2018, 10am-12pm, at The QEII Centre in London. The meeting will discuss the FCA’s 2017/18 annual report, how it has delivered against its strategic objective to make markets work well, and its three operational objectives of securing an appropriate degree of protection for consumers, protecting and enhancing the integrity of the UK financial system, and promoting effective competition in the interests of consumers. Registration is via the FCA website.

ECB opinion on the prudential treatment of investment firms

The European Central Bank (ECB) has issued an opinion on the European Commission's proposal for a Regulation on the prudential requirements of investment firms and amending the Capital Requirements Regulation (EU) 575/2013 (CRR), the Markets in Financial Instruments Regulation (EU) 600/2014 (MiFIR) and the European Banking Authority Regulation (EU) 1093/2010 and a proposal for a Directive on the prudential supervision of investment firms and amending the CRR and the Markets in Financial Instruments Directive 2014/65/EU (MiFID II). The ECB supports the objective of setting out a prudential framework that is better adapted to the risks and business models of different types of investment firms. Class 1 firms would be subject to supervision by the ECB in the framework of the single supervisory mechanism.

The European Parliament's Committee on Economic and Monetary Affairs (ECON) published a draft report with its proposed amendments to the Commission’s 12 March 2018 proposal for a regulation as regards exposures in the form of covered bonds.

The European Banking Authority (EBA) launched a number of consultations on amended implementing technical standards (ITS) under the CRR in preparation for its reporting framework 2.9, which will begin to take effect in December 2018. As the elements or 'modules' of reporting framework 2.9 will apply from different reference dates due to different application dates in the underlying regulatory requirements, the EBA has also published its forward schedule to help users in their planning.

The FCA issued a final notice to Arif Hussein, making an order prohibiting him from performing any function in relation to any regulated activity carried on by an authorised person, an exempt person or an exempt professional firm. Mr Hussein was a derivatives trader at UBS AG who engaged in internal chats with another UBS trader who also had responsibility for making LIBOR submissions. The Upper Tribunal concluded that Mr Hussein did not act dishonestly or recklessly in relation to the chats but that he was in breach of his duty to be candid with his regulator and untruthful in his evidence to the Tribunal.

The European Securities and Markets Authority (ESMA) published links to national websites where the procedures for notification of net short positions are explained. The Short Selling Regulation requires the public disclosure of net short positions. ESMA has provided links to the websites of the Member States where the information about the national notifying procedures and the forms to use for disclosure are made available.

ESMA is to renew the prohibition of the marketing, distribution or sale of binary options to retail clients, in effect since 2 July 2018, from 2 October 2018 for a further three-month period. ESMA has also agreed on the exclusion of a limited number of products from the scope of the measure.

ESMA reminded interested parties that its call for expression of interest for membership of the securities markets stakeholders group (SMSG) will close on 6 September 2018. The SMSG helps to facilitate consultation between ESMA and its stakeholders on ESMA’s areas of responsibility, and provides technical advice on its policy development, helping to ensure that stakeholders can contribute to the formulation of policy from the beginning of the process.

ESMA chair on Level 2 measures under the Securitisation Regulation

Insurance Europe (IE) has responded to the European Commission’s consultation on a proposed regulation to establish a framework to facilitate sustainable investment. IE said ‘sustainability’ has different meanings in different markets, so the Commission’s proposal for a taxonomy was ‘a very positive step’.

AFME published an article by its chief executive, Simon Lewis, in which he calls for ‘real step-change’ in developing the capital markets union (CMU) and proposes a set of measurable key performance indicators (KPIs) to track progress in CMU policy areas.

The European Parliament expressed its decision not to raise any objections to the revised Commission delegated regulation of 8 March 2017 supplementing Regulation (EU) 1286/2014 on key information documents for packaged retail and insurance-based investment products (PRIIPs) by laying down regulatory technical standards with regard to the presentation, content, review and revision of key information documents and the conditions for fulfilling the requirement to provide such documents.

Lloyd’s Market Association appoints Sheila Cameron as its next CEO

The Lloyd’s Market Association has appointed Sheila Cameron to be its next CEO, when David Gittings steps down at the end of 2018 after 12 years in the role. Ms Cameron currently has responsibility for leading operational and change management activity at Navigators International, which includes its Lloyd’s business together with its global platforms in Europe, Asia and Latin America.

ECON has published its August 2018 newsletter, which set out items that were discussed at its meeting on 29 August 2018, including the European Central Bank (ECB)'s annual report 2017, the proposed European Crowdfunding Service Providers (ECSP) Regulation and subsequent amendments to MiFID II, charges on cross-border payments in the EU and currency conversion charges, and scrutiny of delegated acts and implementing measures. In relation to the ECSP Regulation, its scope could be broadened to include initial coin offerings (ICOs). In addition, there could be differentiated requirements for lending-based and security-based crowdfunding service providers.

The Monetary Authority of Singapore (MAS) and the Dubai Financial Services Authority (DFSA) have signed a FinTech agreement that allows referrals of innovative businesses between the two authorities. The agreement forms a part of MAS and DFSA’s commitment to use FinTech to manage risks better, reduce costs, and increase efficiency across the financial services sector. The authorities have also agreed to facilitate the sharing of information on financial sector innovation in their respective markets. 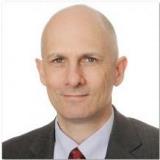