On 15 June 2017, the Financial Conduct Authority (FCA) announced that, from July 2017, it will be travelling across the UK with a series of events for regulated firms. The FCA will hold a regular schedule of events aimed at retail investment and general insurance firms. It will also hold ad hoc events for various sectors that the FCA chair and members of its executive committee will attend, as well as additional events focusing on the FCA’s business plan priorities.

FCA and PSR chair, John Griffith-Jones, to leave in March 2018

On 18 June 2017, it was announced that the chair of the FCA and the Payment Systems Regulator (PSR), John Griffith-Jones, is to leave both organisations at the end of his term of office, on 31 March 2018. Mr Griffith-Jones was appointed as the first FCA chair with effect from 1 April 2013 and became chair of the PSR when it was established in April 2014. His term of office at both organisations expires on 31 March 2018.

On 16 June 2017, the Bank of England (BoE) published its Quarterly Bulletin for 2017 Q2, which explores monetary and financial stability topics. This edition features an article introducing the Bank's recently improved dividend discount model, which it uses to help understand past moves in equity prices.

On 20 June 2017, the governor of the BoE, Mark Carney, gave his delayed Mansion House 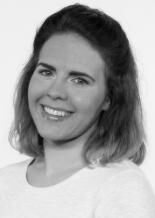