The first days of Trump—dismantling Dodd-Frank

The first days of Trump—dismantling Dodd-Frank

Less than a month into his presidency and Donald Trump has already started the process of dismantling the Dodd-Frank Wall Street Reform and Consumer Protection Act, introduced as a response to the global financial crisis of 2008–09. DLA Piper partners Michael McKee (London) and Jeff Hare (Washington DC) consider the likely impact of the Trump Administration’s vision for the US financial system.

What is the Dodd-Frank Wall Street Reform and Consumer Protection Act and what are its major provisions?

Dodd-Frank is a major piece of US financial services legislation passed by Congress in 2010 to respond to many of the key issues arising from the global financial crisis (GFC) of 2008–09. It was initially targeted at reducing the size of banks that are too-big-to-fail and thereby require governmental support when they face insolvency. But, as enacted, Dodd-Frank is much more wide ranging and covers too many areas to summarise in a short interview. However, by way of example, among the major changes it introduced were:

Why has Dodd-Frank been thrust back into the spotlight since President Trump’s inauguration?

It is fair to say that neither Presidential candidate positioned themselves as particularly ‘pro-bank’, but, unlike Clinton, Trump was quite critical of regulatory burdens imposed by Dodd-Frank which he believed were slowing economic growth. He referred to Dodd-Frank as a ‘disaster’. While specifics were lacking, Trump’s transition team announced before his inauguration the administration ‘will be working to dismantle the Dodd-Frank Act and replace it with new policies to encourage economic growth and job creation’.

How is Trump’s executive order for financial services likely to affect the post-crisis reforms introduced by Dodd-Frank in the US?

On Friday, 3 February 2017, President Trump signed an executive order asking key regulators to prepare a report of existing laws and regulations that promote or inhibit the ‘Core Principles’ of the Trump Administration’s vision for the US financial system, those core principles being:

What would the potential repeal or substantial amendment of Dodd-Frank mean for the EU, the UK and the global regulatory structure? Given the international nature of the financial markets, would it sit easy with current EU reforms such as EMIR and AIFMD and equivalent laws in most jurisdictions where there are major financial markets?

It appears unlikely that President Trump would seek to repeal Dodd-Frank in full. Instead, amendments are likely to be targeted. In particular there is currently no reason to believe that the creation of the orderly resolution authority would be affected (save possibly (i) orderly liquidation for non-bank SIFIs under the Bankruptcy Code (see below), and (ii) an exclusion from the requirement to prepare ‘living wills’ or resolution plans for smaller institutions with the current threshold beginning at $50bn in total assets (that is US assets for foreign banks)) or the work in relation to regulation of swap dealers and the derivatives markets. These are parts of Dodd-Frank which are particularly relevant to global financial markets.

A main focus is likely to be the operation of the Volcker Rule. Changes to this could permit US banks to have more freedom to trade securities. This could potentially give them a competitive edge over banks in Europe. However, US banks would argue that so-called universal banks in Europe can already trade securities in addition to undertaking banking business and that amending the Volcker Rule should not be seen as a negative thing because other aspects of banking and securities supervision will ensure that they manage their capital and liquidity responsibly and take fewer risks than were taken at the time of the GFC. EU legislation intended to do something similar to the Volcker Rule is currently going through the EU legislative process, but it is not clear if it will become EU law.

Would this increase risks and uncertainties for UK financial services firms, who are already looking at the problems potentially resulting from Brexit?

Possibly. Much will depend on how far those firms are doing business in the US and, in particular, whether they have legal entities that are regulated in the US. If they are mainly doing business in Europe or Asia it will not have much direct impact and if they are simply buying US investments through US securities firms then it will only affect the firms they use, and not them. For those who have a significant US business it could have a meaningful impact.

Is Dodd-Frank more likely to be amended than repealed, and what support is there for this in the US Congress? Are the proposals of the Chairman of the House of Representatives Financial Services Committee, Jeb Hensarling, likely to be influential (and if so, what are they)?

Dodd-Frank is more likely to be amended, and current Republican congressional proposals to do so will likely be a starting point for those discussions. Representative Hensarling’s proposed Financial CHOICE Act would provide for an alternative to certain Dodd-Frank concentration and other limits imposed on acquisitions for banks that satisfy an enhanced leverage ratio (presumably with the hope of increasing bank M&A activity). It would also (i) exclude non-banks from SIFI designation and manage their orderly liquidation through the Bankruptcy Code rather than the FDIC’s resolution authority and (ii) repeal the Volcker Rule.

Are there any other interesting trends or developments stemming from President Trump’s proposals affecting financial markets that are worth mentioning?

Republican (not necessarily Trump) proposals would require more transparency for Federal Reserve monetary policy decisions and may curtail the Community Reinvestment Act which, in part, requires banks to make loans to low- and moderate-income borrowers, a mandate that some argue contributed to the mortgage crisis and other contributors to the GFC.

We have also seen President Trump’s directive for ‘no new regulations’ call into question the future of some Dodd-Frank rules that have not yet been finalised, including rules related to incentive compensation, single counterparty credit limits, and enhanced standards for SIFIs. 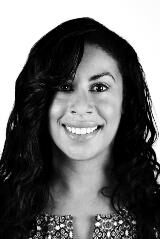