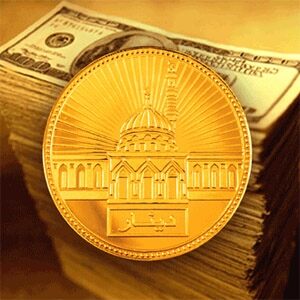 Britain has become the first country outside the Islamic world to issue sovereign Sukuk, the Islamic equivalent of a bond. The government confirmed that £200m of Sukuk, maturing on 22 July 2019, have been sold to investors based in the UK and in the major hubs for Islamic finance around the world. The profit rate on the Sukuk has been set at 2.036% in line with the yield on gilts of similar maturity.

What are the reasons for the popularity of this first issue?

The issue of a sovereign Sukuk by the UK government is something that has been talked about since 2008/09, when the previous administration had raised hopes that this would happen. The intervention of the global financial crisis was in large part a factor behind the previous attempt not progressing.

This time around, the government announced its intention as part of a wider drive to further strengthen the position of London and the UK as the centre for Islamic finance in the West. This meant that a lot of investors knew it was coming and wanted to acquire their own slice of modern financial history. Islamic finance is an international industry that attracts investors from across the world. The majority of recently issued Sukuk have been oversubscribed by various multiples, evidencing continuing demand, not least because of the shortage of quality assets. The near 12 times over subscription and eventual allocation of the UK Sukuk to investors across Europe, the Middle East and Asia has, to a certain extent, reflected both the continuing demand and typical Sukuk allocation.

How do Islamic bonds differ from traditional sovereign bonds?

Most Islamic bonds have a similar economic character to a conventional bond but they are structured entirely differently. They often have some of the characteristics of a securitisation but are not (save for a few rare exceptions) strictly securitisations.

A Sukuk essentially has two elements. The first concerns the asset and revolves around the identification of an appropriate underlying asset, to which a cash generative effect can be ascribed. It is this asset which is effectively transferred to a special purpose vehicle that holds it as trustee for the benefit of the investors using the funds they invest in the Sukuk to acquire it in the first place. The second element of the structure is the capital market document—a prospectus or offering circular that faces the investors offering them the opportunity to acquire the Sukuk.

The point of these arrangements is that Shariah principles do not allow the payment of interest or the trading of debt (ie receivables) other than at par. A Sukuk gives the investors an ownership share in a permissible asset and two consequences flow from this. First, they can share in the revenue the asset generates and, secondly, they can buy and sell the certificates representing their ownership of the asset in the secondary markets, thereby providing a Shariah-compliant solution to two of the problems that otherwise constrain the Islamic financial industry.

Islamic bonds (or alternative finance investment bonds as they are called in the relevant UK legislation) therefore differ from conventional bonds in that they represent a proportionate beneficial interest in an asset that carries a right to share in revenue or profit generated by the asset, rather than a simple claim for interest by way of coupon on a bond. Their establishment involves careful consideration of available assets and the legal, regulatory and tax environment in which they operate. They do, however, require similar levels of disclosure under securities laws to conventional bonds.

What are the benefits/drawbacks of deriving profit from underlying assets?

The principal benefits are that a Sukuk can unlock an alternative source of funding for the issuer. By definition, Sukuk are available to a wider universe of investors as traditional fixed income investors can purchase them alongside those investors who are only able (or willing) to purchase Shariah-compliant financial instruments.

In the current demand and supply environment, issuers may also be able to achieve finer margins.

Arguably, there is a higher cost involved in arranging the issuance of a Sukuk because of the need to identify assets and create a fiscal structure based around those assets. Doing this in many Western jurisdictions involves tax and other considerations (see further below). Once the assets are the subject matter of the Sukuk they will not be available as security for other financings, even though the investors may not themselves have the right to attach the assets, as is the case in an asset-based Sukuk. In reality though, this situation is not dissimilar to a conventional financing where the use of a negative pledge often has the same effect.

In a default situation, Sukuk can be harder to restructure because of the need to deal with the existing assets and certain constraints that Shariah imposes on handling debtor default. Post the global financial crisis, several of these instruments have been tested in various restructuring scenarios and have proved capable of eventual resolution.

On the plus side, the theory is that the generally more prudent approach to debt and financing implicit within Shariah principles, combined with the need to identify a specific asset, suggests a more cautious, or prudential approach to financing. This serves to align the Islamic banking industry with real world activity as opposed to financial engineering for the sake of creating products that only operate within the financial world.

It is also worth mentioning that the Islamic debt capital markets space is continually evolving, which means that new methods are being developed to overcome perceived constraints. As the industry grows, it can be expected that this process of improvement will continue.

Are there any challenges for individuals/institutions who wish to participate in the Islamic bond market?

The main challenges for the further development of Sukuk are in two principal areas.

The first concerns the tax treatment of the Islamic financing structures as they are deployed in new jurisdictions. The trade-based character of the tools used means that the component parts of a deal structure may attract a tax treatment that would not be applicable to the nearest equivalent conventional product. As a result, and to enable Islamic products to compete on a level playing field, it is necessary to modify the tax system to remove the disadvantageous treatment. Islamic financiers are very clear that they do not seek any preferential treatment but welcome an approach that puts them on a similar basis to conventional financial products. Introducing these sorts of changes to a tax framework clearly requires strong political support if the legislative changes are to be implemented effectively. It should be noted that this sort of structural adaptation is a process rather than a single event. So, for example, in the United Kingdom, the first tax adjustments were made in 2003 and there has been a succession right up until the present day with a new statutory instrument to complete the empowering process for HM Treasury to issue the recent UK sovereign Sukuk.

The second main area where challenges arise is in the legal and regulatory framework for securities issuance. This can create problems even in those western jurisdictions with sophisticated securities laws as they will likely not recognise Sukuk as a debt instrument without further clarification.

This area presents itself in a different manner in less well developed, or legally sophisticated, countries where there may not be any securities laws in existence, or if there are such laws, they may be rudimentary. It is fair to observe that even in many Muslim or Muslim majority countries, there is no legislation that recognises or facilitates Sukuk. Where this is the case, the political and legislative authorities need to create the appropriate enabling framework before investors will even consider purchasing Sukuk.

What are your predictions for the future of the Islamic bond market in Britain?

Making predictions is a tricky game and Islamic finance practitioners are not in the business of speculation. The industry and the government are both hoping that the sovereign issue will have a powerful demonstration effect and be sufficiently persuasive to encourage corporates in the United Kingdom to start exploring Sukuk and other ‘alternative finance methods’ as sources of funding. Ultimately, the likelihood of this happening will depend on two things.

First, the transactions offered to investors will still have to be financially attractive—Islamic financial institutions may be ethical but they are not offering preferential terms, so the credit story remains important.

Secondly, the Islamic finance industry suggested that the delivery of a Sukuk was a necessary precondition to further flows of foreign direct investment into the United Kingdom. Now that has happened it is incumbent upon the industry to take the next step. We would hope and expect some initiatives in the infrastructure arena to be an obvious starting point for examining whether there are any deals that might be attractive to investors.

A further side effect of the UK sovereign issue may be a stepping-up of interest across Europe in these methods. Other European jurisdictions have flirted with Islamic finance in the past but failed to deliver. The UK Sukuk may give European politicians cause to reconsider, although the pricing of the Euro may make it unattractive to Middle Eastern and Asian investors in the medium term.

This article was first published on Lexis®PSL. Click here for a free one week trial of Lexis®PSL.