Customers must acknowledge banking practice and protect themselves against making electronic payments to the wrong person.

A divided Court of Appeal (Civil Division) upheld the trial judge and agreed that the respondent (the bank) did not breach its contractual duties to the appellant (the customer) by effecting a CHAPS payment in circum-stances where the payee's sort code and account number, as supplied by the customer, did not correspond to the payee's name. The customer and the bank were taken to have contracted on the basis of existing banking practice whereby CHAPS payments are made using a payee's sort code and account number alone. 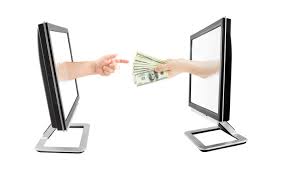 CHAPS, the Clearing House Automated Payments System, is the payments system operated by CHAPS Clearing Company Limited. The rules of the scheme govern dealings between banks rather than the rela-tionship between banks and customers. The hallmark of CHAPS is the short time-scale for processing pay-ments, 1.5 hours on a 'straight-through' basis (ie without manual checks).

Since at least 2007 a majority of UK clearing banks have processed electronic payments, including CHAPS payments, using the payee's sort code (or bank identifier code) and account number. The payee's name or account name is ignored. The practice is reflected in the Payment Council's guidance note 'Payment Ser-vices Regulations--Industry Best Practice'. It states that payments executed via CHAPS are processed on sort code and account number, referred to as the 'unique identifier'.

On 31 January 2012 the customer issued, and the bank processed, instructions to make a payment through CHAPS to one of the customer's suppliers, Design Craft Ltd (the intended recipient). The sort code and ac-count number supplied belonged to a different company, Childfreedom Ltd (the actual recipient). The receiv-ing bank was Barclays Bank (the receiving bank).

Notwithstanding the different names, the bank (as the remitting bank) and the receiving bank processed the payment according to the sort code and account number supplied by the customer. The customer's account with the bank was debited £217,781.57 and the actual recipient's account with the receiving bank was cred-ited the same amount.
On 6 February 2012 a representative from the customer telephoned the bank to advise that it had been in-duced by fraud to complete the payment instructions as it did. It was understood that the actual recipient has withdrawn £217,000 by the close of business that day.

So far as is relevant, the bank's standard transfer form consisted of familiar two sections. Section 1 of the form contained a series of boxes in which details of the payment were to be supplied. These included boxes for the transfer date, the transfer amount, the sender's sort code and the sender's account number. They also included four separate boxes for the recipient's sort code, their bank and branch, their account number and their name.

You are hereby authorised to effect these instructions, either by transmission through the Clearing House Automated Payments System or by such other method as you may in your sole discretion decide.
I/We agree that no responsibility is to attach to you for any loss caused by delays, interruptions or errors in transmission of payment, which are not directly due to the negligence or default of your own officers or servants.
Please debit the payment from my/our account number detailed in Section 1...

The customer claimed that the bank failed to comply with its instructions by making payment to the actual recipient rather than the intended recipient and was not authorised to debit the amount from the customer's account. The customer was unsuccessful in the High Court and appealed to the Court of Appeal.

The trial judge held that the bank was authorised to make the payment to the actual recipient and would have been shielded from liability by the instruction's waiver in any event.

All three judges agreed that the dispute fell to be decided according to the instructions issued by the cus-tomer to the bank using the bank's standard transfer form. Each agreed that an objective test applied: what would a reasonable person conclude was the intention of the parties from the language they used? From there the judges parted company.

The Master of the Rolls' conclusion was based on the following propositions:

Tomlinson LJ used a different formulation to the Master of the Rolls. Rather than addressing himself to all customers, he decided that this particular customer, by completing the bank's standard transfer form, sub-mitted to the prevailing CHAPS practice. As he believed that the practice was reasonable (although not without limitations), the court should not interfere. Tomlinson LJ thereby avoided having to comment on the knowledge of the practice among the general population.

What can commercial lawyers take from this case?

This case should prompt clients and firms alike to review their internal payment systems, including training. It is clear that customers must take responsibility for the information they supply to their banks and financial institutions. This is the price of the speed of CHAPS.

For banks, it is sort codes and account numbers which matter. These must be the focus for customers too.
Here the customer would be painfully aware that it still had a substantial debt to pay to the intended recipient. We do not know how the customer was duped into using the wrong bank, sort code and account number information. We can only assume that there was some failing on the customer's part to scrutinise the information and its source. Otherwise, the customer's real complaint would lie against the intended recipient rather than the bank. This is where the obvious lesson is to be found.

Customers requesting electronic payments through their bank must ensure that the payee's details come from a trusted source, particularly for the first payment. This may include requiring written confirmation direct from the payee's bank as part of establishing a trading relationship. Such a request would, of course, have to originate from the payee. Alternatively, it may be possible to obtain an acknowledgment from a payee prior to payment that payment using the information supplied will be sufficient to discharge a debt.

Mistakes must also be avoided. This may be a more likely cause of misdirected payments. Checks and bal-ances are required. As an example of a simple check, staff should be able to identify banks and branches from sort codes (using sources such as the Payments Council) and ensure that there is consistency with the bank and branch named. This is a potential source of confusion identified by Tomlinson LJ.

More broadly, the case is a reminder that names, particularly corporate and trading names (which are subject to change), cannot be relied upon on their own. Registered addresses, registration numbers and other identifiers should be used in legal documents where possible.

This article was first published on Lexis®PSL. Click here for a free one week trial of Lexis®PSL.