The revised Working Together guide – context and implications

The revised Working Together guide – context and implications

Working Together to Safeguard Children: A guide to inter-agency working to safeguard and promote the welfare of children (Working together), the statutory guidance for local authorities and other agencies working with children, was completely revised in April 2013.

Working Together is the key piece of statutory guidance issued under section 7(1) of the Local Authority Social Services Act 1970 which provides a clear framework for how organisations and individuals should work together to safeguard and promote the welfare of children and how practitioners should conduct the assessment of children.

The thrust of government guidance and thinking around interagency working has been clear for several years – all organisations working with children and families share a commitment to safeguard and promote children’s welfare which should be underpinned by a statutory duty or duties. This requires good communication, co-operation, collaboration if not integration, with and between agencies.

The most recent revised guidance replaces:

One of the recurring themes in the professional, academic and political evaluation of social work practice in the last two decades or more has been the concern that social work has become too prescriptive. It is in this context that the government commissioned Professor Eileen Munro in June 2010 to conduct an independent review of child protection in England.

The Munro Review concluded in May 2011 that the child protection system had become over-bureaucratised and focused on compliance which resulted in insufficient attention being given to developing and supporting the expertise to work effectively with children, young people and families. The Munro Review recommended a radical reduction in the amount of central prescription of child protection procedures and a greater focus on essential rules for effective multi-agency working and on the principles that underpin good practice.

The Family Justice Review final report (published shortly afterwards in November 2011) also reiterated the importance of good assessment in addressing the unwillingness of courts to rely on local authority assessments rather than on independent experts to undertake assessments. The report confirmed that assessments and reports need to be appropriately detailed, evidence based and clear in their arguments,

The government’s response to the Munro review of child protection (July 2011) accepted such analysis and was also concerned that the previous expansion of the statutory guidance to hundreds of pages, seeking to cover every eventuality, had reduced clarity over the responsibilities of different professionals.

The revised guidance has been effective since 15 April 2013. It clarifies the core legal requirements by creating a single source document that brings together all the statutory responsibilities of organisations and individuals to safeguard children. It reinforces the explicit requirement that safeguarding is the responsibility of all professionals who work with children. It replaces previous lengthy guidance with a single volume running to under 100 pages, with the part of Chapter 1 that deals with the principles and purpose of assessments being covered in just 28 pages.

One of the most fundamental changes to the revised guidance is that, in order to facilitate the shift to an assessment process which brings continuity and consistency for children and families, there will no longer be a requirement to conduct separate initial and core assessments. Local authorities are also now required to determine their own local assessment processes through a local protocol.

The combination of the revised guidance with the modernised family justice system appears to indicate that all the building blocks of an improved system with a greater focus on safeguarding and promoting children’s welfare should now be in place. Whether this translates into practice remains to be seen. 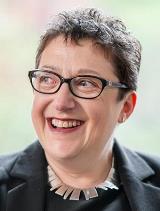