Where next for the TCC eDisclosure protocol?

Where next for the TCC eDisclosure protocol?

The Technology and Construction court eDisclosure protocol has now been in place for 12 months. Andrew Haslam looks at what has been achieved over the last 12 months of the protocol and then, what is planned for the forthcoming year.

April 2013 saw an increased focus on eDisclosure with changes to Practice Direction 31B and the Civil Procedure Rules in response to the report by Lord Justice Jackson. Acting on an initiative from The Technology and Construction Court (TCC), an eDisclosure protocol was developed by the Technology and Construction Solicitors’ Association (TeCSA), Technology & Construction Bar Association (TECBAR) and the Society of Computers and the Law (SCL). The results of the consortium's hard work was released in January 2014, and can be found here.

As well as the protocol itself, there are guidelines and other supporting documentation to help first time users through the sometime arcane processes and language of eDisclosure, and show them how to exchange electronic information in a sensible and proportionate manner.

The protocol was launched at a well-attended training day on the 1 November 2013, and went "live" from 1 January 2014. It has been used on a number of TCC cases, with one of the most high profile being one of The Lawyer's top 20 cases of 2014; "Accolade Wines v Volkerfitzpatrick (2) Volkervessels (3) Goodman (4) Keller (5) Twintec (6) GJ3&4". In this very contentious and hotly disputed matter the protocol was used to enable eDisclosure between all six parties in a relatively cooperative and certainly more efficient manner.

As well as that large and complex case, a number of eDisclosure suppliers have reported the use of the protocol by their TCC clients in a number of other matters involving just two parties. In every case their comments have focused on the ease of use and clarity of the protocol and its guidelines.

As the protocol is a consolidated set of best practice advice, and not a TCC specific approach, its use has not just been confined to that court. For example, both parties in a matter in Jersey recently used it, and at least one large law firm is looking to adopt it within an arbitration matter.

The working party that produced the protocol has been gathering feedback throughout the year, with the main message that came through, being requests for more "worked examples" within the guidelines, along with some very minor amendments to the protocol itself. Those requests have been heard and acted upon, with the drafts of the next versions currently being reviewed. If all goes well, the revised documents will be available on the TeCSA website in the New Year, with the possibility of a workshop in the Spring to explore the various strategies embodied in the differing approaches to all the elements of the protocol.

Andrew Haslam is an independent eDisclosure consultant who was part of the working party who produced both the original and revised versions of the protocol/Guideline . The opinions expressed in this article reflect his personal views, and not those of the TCC, TeCSA, TECBAR or SCL. 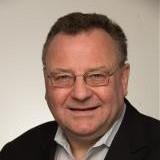 Andrew Haslam, is the UK’s leading independent litigation support consultant, who since 1997 has provided specialist legal IT advice and eDisclosure strategy to the UK’s top law firms. Andrew started his professional career serving 12 years in the British Army where he acquired an IT degree and an abiding interest in how computing can help people work more efficiently. He then spent a decade delivering document management solutions to clients in the Military, Central Government and Pharmaceutical sectors. From early 2004, Andrew has been at the forefront of developments in eDisclosure, and is recognised as one of the UK’s leading consultants in this field, speaking at many conferences and authoring a series of white papers on a variety of technology topics. In 2013 he was the technical adviser to the working party that produced the Technology and Construction Court eDisclosure protocol and continues to serve on the team overseeing the protocol’s evolution.