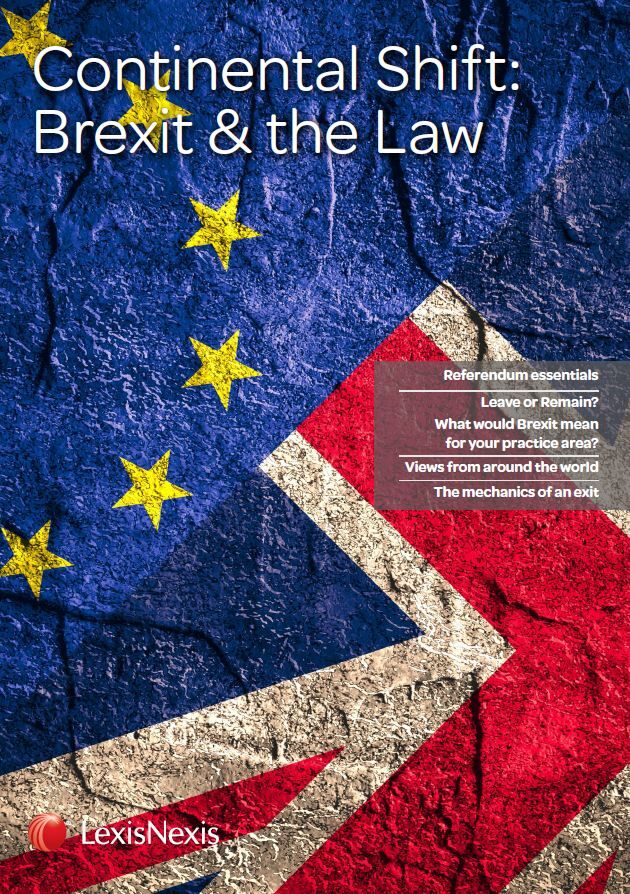 On Thursday 23rd June 2016, the UK voted to leave the European Union.

In the run-up to the vote, Lexis®Nexis worked with a number of industry experts to cut through the politics and assess the implications for a wide range of legal practice areas, resulting in our comprehensive downloadable report Continental Shift: Brexit & the Law.

1) What the EU Referendum means for arbitration lawyers

Jayne Bentham, partner in the international arbitration group at Simmons & Simmons, explains that arbitration law and practice is unlikely to be adversely affected, provided the UK remains sufficiently attractive to international business.

2) What the EU Referendum means for dispute resolution lawyers

Oliver Browne and Philip Clifford, both partners at Latham & Watkins, look at the possible impact of the referendum on dispute resolution lawyers and their clients.

3) Brexit - the impact on case law and legislation