The Ministry of Justice consultation on transforming the justice system

The Ministry of Justice consultation on transforming the justice system 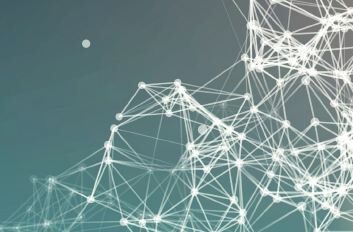 Following a joint statement issued by the Lord Chancellor, Lord Chief Justice and the Senior President of Tribunals on transforming the justice system, the Ministry of Justice (MoJ) has issued a consultation summarising the proposed proposals and seeking views on the provision of assisted digital services for those unable to interact with the court online.

The proposals include the creation of an online court for more straightforward cases, greater use of case officers to free up judicial time, the extension of the fixed recoverable costs regime and more encouragement for parties to resolve disputes outside of court.

Summary of the proposals

Transforming Our Justice System—by the Lord Chancellor, the Lord Chief Justice and the Senior President of Tribunals—September 2016

The Lord Chancellor, Lord Chief Justice and the Senior President of Tribunals yesterday issued a joint statement (the joint statement) on their shared vision for the future of Her Majesty’s Courts & Tribunal Service (HMCTS), based on the core principles of being just, proportionate and accessible, and announcing an investment of over £700m in the courts and tribunals. For an outline of the proposals, see LNB News 15/09/2016 94.

In support of the joint statement, the MoJ issued a consultation document outlining its proposals for achieving this reform of the justice system, and inviting the public and interested stakeholders to give their views on certain specific measures. The MoJ also issued a further consultation concerning judicial pay and expenses. For an outline of the consultations, see LNB News 15/09/2016 86.

Set out below is a more detailed summary of the proposals as they affect the civil courts, which aim to put into effect many of the proposals put forward by Lord Justice Briggs in his Civil Courts Structure Review. For more information on Lord Justice Briggs' interim and final reports, see News Analysis: Briggs LJ's civil courts structure review—final report published.

A central plank of Lord Justice Briggs' review was the creation of an online court—see News Analysis: Briggs LJ's civil courts structure review—final report published—Creation of an Online Court—and this is realised in the MoJ proposals. The intention is that relatively straightforward or routine cases will be dealt with online, outside of a traditional court room and without the need for a physical hearing. Also there will be more virtual hearings, held over the telephone or by video conference.

In their joint statement, the Lord Chancellor, Lord Chief Justice and Senior President of Tribunals stated that some cases will be handled entirely online. The aim will also be to start all cases online, whether or not they are ultimately scheduled for the traditional system or for online resolution. Suitable cases for an entirely online process may include lower value debt and damages claims. The joint statement also indicated an intention to automate and digitise the entire process of civil money claims by 2020.

To accompany the online court, there will be a new, highly simplified procedural code which will be understandable to non-lawyers; a new Rules Committee will design this new system and keep the processes simple.

The MoJ acknowledges that it must provide an alternative route of access for every service that moves online, to accommodate those who cannot access services online, and views are sought in the consultation as to how this can best be achieved. In particular, regarding the use of assisted digital facilities, the MoJ is seeking views as to whether telephone, webchat, face-to-face and paper are the right channels to enable people to interact with HMCTS in a meaningful and effective manner and whether any channels are particularly well suited to certain types of HMCTS service.

The intention will be to make more use of case officers for routine tasks that are currently undertaken by judges. The case officers will have appropriate training and will carry out straightforward tasks under judicial authorisation.

The intention is to build on measures introduced in the last Parliament to limit the level of legal costs recoverable in low value personal injury claims, and to extend the fixed recoverable costs regime to 'as many civil cases as possible'. There will be a further consultation on this.

In their joint statement, the Lord Chancellor, Lord Chief Justice and the Senior President of Tribunals stated that the aim was for the costs of going to court to be clearer and more appropriate so that losing parties were not hit with disproportionately high legal costs.

Resolving disputes out of court

In appropriate cases, parties will be encouraged to settle their disputes themselves, without the intervention of the courts, by mediation or other alternative dispute resolution methods.

The High Court will be given the power to issue attachment of earnings orders—currently only available in the County Court—to create a simpler, more consistent approach to enforcement.

Responses to the consultation must be sent by 27 October 2016 either:

Lexis®PSL Dispute Resolution subscribers enjoy a wealth of expert analysis. Click here for a free trial to access if you are not a PSL subscriber.