Supporting the Rule of Law: one book at a time

Supporting the Rule of Law: one book at a time

The adversarial system can be quite bruising at times, but how many of us have used our legal knowledge to assist in a war zone?  It needn’t involve risk to life and limb, as the International Law Book Facility (ILBF) has opportunities for UK lawyers to help not-for-profit organisations in developing countries without leaving the office.

What is the ILBF?

The ILBF was formed in 2005 in the United Kingdom to redress the waste of law books which are discarded en masse each time a new edition is published. The charity encourages donations of useful, good quality books from the UK legal community. Prospective recipient organisations submit a comprehensive application form, outlining their user and potential uses for law books, which is assessed by the ILBF Operating Committee. At the storage facility, volunteers unpack and sort book donations, determining which are most suitable for particular recipients. The selected books are then packed into boxes and shipped by the ILBF to the recipient organisation.

In the past eight years, the ILBF has sent over 20,000 law books, including student textbooks, legal encyclopaedias and law reports, to organisations in over 35 countries, across Africa, Asia, South America, Europe and the Caribbean. Additionally, the ILBF has partnered with other organisations for specialised donations, including the establishment of a new library for prisoners in Uganda (with the African Prisons Project), and the provision of books for organisations in francophone Benin, Senegal and Cambodia (with LexisNexis France and Clifford Chance France). In 2013 the ILBF sent 1,200 books to establish a library for the Parliamentary Committee for the Rule of Law in Myanmar, chaired by Daw Aung San Suu Kyi. 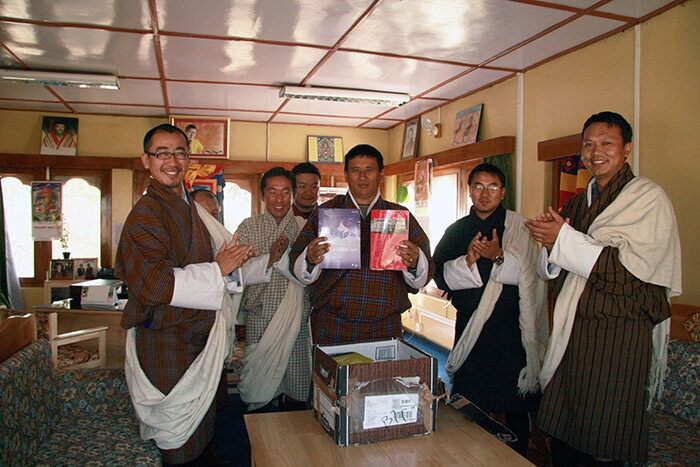 “Dispute resolution is developing and growing all over the world. Different jurisdictions may deal with it in varying ways – some through the courts, some outside the courts, some using both approaches. A solid legal background is a key factor in most dispute resolution, particularly in arbitration. The ILBF provides legal texts to lawyers, judges and NGOs who cannot afford a law library. The texts have the potential to be valuable tools in the Dispute Resolution armoury”.

What are the types of challenges that can arise?

Sending tonnes of books to developing countries isn’t without challenges. All sorts of things can disrupt the delivery of books, from bad weather to issues with customs to more serious issues. Mr Justice Cranston, trustee, has one example:

“I went to Rwanda in Summer 2012 with Mr Justice Blair to undertake some judicial training. When there we visited The Institute of Legal Practice and Development in Rwanda’s southern province.  It trains all lawyers and judges in the country. The Institute’s director, Professor Nick Johnson, was especially keen to obtain a copy of the Encyclopedia of Forms and Precedents for training . the ILBF had a set in store when I inquired. But that was only the start of a long and tortuous journey to ship boxes to Rwanda as it is classed as a 'war zone'.”

Landlocked countries, like Rwanda, can pose particular problems for the delivery of books, especially when there is conflict in the countries surrounding them. The ILBF strives to resolve these sorts of problems through communication with shippers and recipients, and it is rare that a shipment is cancelled. As Mr Justice Cranston describes, the Rwanda shipment had a happy ending:

“Finally, 7 months later, in November 2013, the Encyclopaedia completed its journey to the Institute. Professor Johnson tells me that it has been constantly used by the students as they learn to draft a large variety of forms and contracts in the English style!”

How can you or your firm get involved?

The work is entirely dependent on the generosity of donors of books and funding for shipments, and of volunteers from diverse sectors of the legal community, who donate their time to pack shipments of books and who form the charity’s Operating Committee and Trustees.

There are many rewarding opportunities for individuals and organisations to be involved in the activities. Here are a few suggestions: