Singapore and Hong Kong open their doors to arbitration funders

Singapore and Hong Kong open their doors to arbitration funders James Clanchy, a member of the ICCA-QMUL Task Force on Third Party Funding (TPF) and of the Lexis®PSL Arbitration team, considers recent progress towards the legalising and regulation of third party funding in international arbitration in Singapore and Hong Kong.

TPF has hit the headlines in the arbitration community and has been a favourite topic at arbitration conferences around the world in the last few years. Whilst TPF is legal in many arbitral seats, it has remained illegal in two of the most important and fastest growing seats, Singapore and Hong Kong.

Singapore’s Ministry of Laws (MinLaw) has noted that TPF is increasingly utilised in arbitrations at rival seats.  In launching a consultation on new legislation and regulation to provide a framework for TPF in international arbitration, MinLaw has said:

The consultation is to be swift: it was opened on 30 June 2016 and is due to close on 29 July 2016.  MinLaw’s announcement, together with the draft texts, can be found here.

Sudden death of maintenance and champerty

The main brake on TPF in both Singapore and Hong Kong has been the twin common law doctrines of maintenance and champerty.

Maintenance is the giving of assistance or encouragement to one of the parties to an action by a person who has neither an interest in the action nor any other motive recognised by the law as justifying his interference. Champerty is a kind of maintenance in which the maintainer receives a share of the subject matter or proceeds of an action.

In England, these were originally criminal offences but exceptions were introduced and by the 20th century they had ceased to be crimes. In 1967 the Law Commission recognised that insurance and trade union funded litigation had changed the landscape. The present position under English law is that a contract for the funding of litigation should only be struck down if it is contrary to public policy or otherwise illegal or improper (e.g. if it confers disproportionate control of the claim upon the funder).

In Singapore, TPF has remained subject to strict rules against champerty. The Singapore Court of Appeal, in Otech Pakistan Pvt Ltd v Clough Engineering Ltd, [2007] 1 SLR 989 considered whether the doctrine applied in both arbitration and court proceedings. It decided that it did:

“As we see the position, the purity of justice and the interests of vulnerable litigants are as important in such proceedings as they are in litigation. … The concerns that the course of justice should not be perverted and that claims should not be brought on a speculation or for extravagant amounts apply just as much to arbitration as they do to litigation.”

In light of the Singapore courts’ continuing and robust adherence to these doctrines, the proposed abolition of the common law tort of maintenance and champerty comes as a surprise.  It is proposed that it be accompanied by provisions that, subject to new regulations, TPF contracts in international arbitration will not be contrary to public policy or illegal.

In Hong Kong, the doctrines continue to prohibit TPF of litigation both as a tort and a criminal offence but, as the consultation paper notes, it is unclear whether they also apply to TPF for arbitrations taking place at that seat.  The Commission’s recommendation is that the local legislation should be amended to address this area of doubt and to permit TPF for arbitration taking place there.

Singling out the new funders

The traditional fears of maintenance and champerty include the exaggeration of losses and damages, the suborning of witnesses and the suppression of evidence.  TPF providers who indulged in such practices should face short shrift from arbitrators and would be unlikely to survive commercially in the long term.

These traditional fears do not tend to be seriously pursued by those who advocate the regulation of TPF.  Instead, as both the Hong Kong consultation paper and the ICCA-QMUL Task Force publications have outlined, the issues which are considered as in need of investigation with a view to regulation include disclosure of the TPF to the arbitral tribunal, potential conflicts, confidentiality, control of the claim, attorney-client privilege, and security for costs.

These are all issues which arise equally in arbitrations in which a party’s costs are being funded not by one of the new TPF providers but by a traditional insurer such as a ship-owner’s P&I or defence club.  See my recent blog post on the long and successful history of funding by these clubs.

Both Singapore and Hong Kong are major international trading and shipping hubs where contractual claims in international arbitrations have long been funded by such traditional insurers.  The types of claims which they support range from bunker quality disputes to terminations of major shipbuilding and offshore construction contracts with yards in China and India.  The clubs (who could be captured by the wide definition of “Third-Party Funder” in Singapore’s draft legislation) have been accepted as part of the international arbitration landscape and have not been targets for scrutiny.

With the new legislation, funding may soon be extended from the types of commercial disputes which the clubs support to projects and investments disputes, areas in which the new TPF providers have found fertile ground at other seats.

A boost for international arbitration

As I know from my four years as Registrar of the London Court of International Arbitration (LCIA), alongside their money, funders and traditional insurers can bring professionalism and high ethical standards to an arbitration.  Their commercial imperatives can enhance the process, improving its speed and cost effectiveness.

The party most likely to derail proceedings is the unfunded claimant, left to its own devices by its lawyers after it has failed to pay their fees.

The secretariats of the institutions, as well as arbitrators and the wider arbitration community, can only welcome the new reach of TPF into these important seats in the Asia-Pacific region. 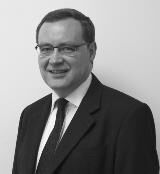