In a judgment littered with criticism of the decision below, the Court of Appeal has allowed ENRC’s appeal against the declarations made by Mrs Justice Andrews in May 2017, that various categories of documents sought from it by the Serious Fraud Office (SFO) were not covered by legal professional privilege (LPP).

The court disagreed entirely with Andrews J’s approach to the facts of the case and undertook a fresh examination of the evidence, having taken the view that it was in just as good a position as the judge to do so.

The court found that Andrews J had erred in her assessment of the factual matrix, misapplied authorities, and misinterpreted contemporaneous material. While it treated its discussion on legal advice privilege as being of less importance, the judgment nevertheless raises some significant questions about development of legal advice privilege in the modern world. The court noted that, in this area, English law is out of step with the common law world and gave a strong indication of its view that the interpretation of the leading authority on the definition of client for the purposes of legal advice privilege (Three Rivers District Council v Bank of England (No 5) [2003] QB 1556) is ripe for consideration by the Supreme Court in light of the developing need for large, multinational corporations to be able to ask their lawyers to advise them about conduct in far flung places. The appeal would be allowed on the basis of its conclusions on litigation privilege and the court’s comments on legal advice privilege will be taken, therefore, as obiter dicta.

Overall, the judgment in SFO v ENRC has significant implications for those advising their clients on the privilege attaching to documents created in the course of an internal investigation, particularly records of witness interviews conducted by lawyers appointed by the company to advise them in the context of contemplated litigation. Essentially, so far as litigation privilege attaching to documents created as part of an internal investigation when the company suspects wrong-doing by some of its employees is concerned, the status quo ante  has been restored. The watershed moment will come much earlier than the point at which a criminal investigation is formally commenced and companies and their legal advisors can breathe more easy knowing that they will not be responsible for identifying that a criminal offence has in fact occurred before they can rely on litigation privilege. 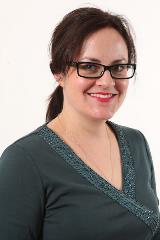 Gillian is a member of the Corporate Crime and Dispute Resolution teams at LexisPSL.

In practice, Gillian gained a reputation as an excellent litigator, specialising in fraud, white collar crime, civil forfeiture and other litigation under the Proceeds of Crime Act 2002. She defended national and international proceedings brought by the SFO, FCA, HMRC, NCA and CPS as well as other regulatory bodies. She also has experience of regulatory investigations. Gillian has advised clients in all aspects of criminal law but specifically in relation to fraud and corruption allegations, money laundering, and tax evasion. Earlier in her career at the Crown Prosecution Service and Revenue and Customs Prosecution Service, Gillian worked on a number of noteworthy general crime and proceeds of crime cases.