Russia’s Mistral deal under international sanctions—will the dispute be arbitrable?

Russia’s Mistral deal under international sanctions—will the dispute be arbitrable? 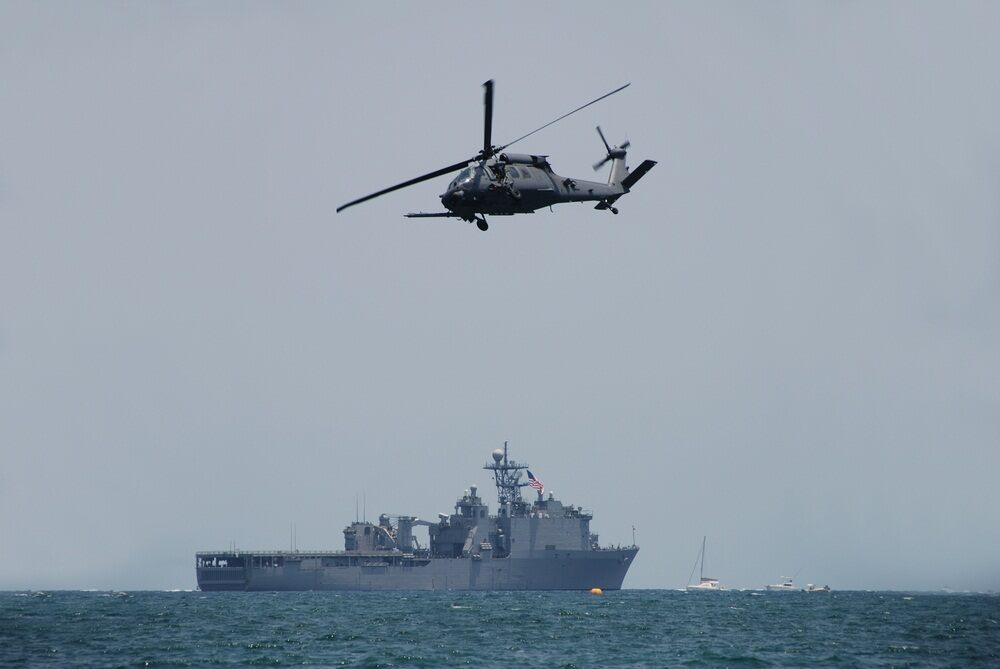 International sanctions against Russia may have an impact on the country’s contract with France for the purchase of Mistral helicopter carriers. Yaraslau Kryvoi, Associate Professor at the University of West London, and Ivan Philippov, LLM candidate, Queen Mary, University of London, discuss the approaches taken by courts in different jurisdictions to issues of arbitrability in military-related disputes affected by international sanctions.

Controversies surrounded the purchase of French Mistral helicopter carriers by Russia since the very beginning. In 2010, after eight months of talks, Russian President Dmitry Medvedev approved the purchase of two ships of the Mistral class from France for €1.37 billion. The deal was concluded despite objections from some of France’s allies in NATO. Now international sanctions against Russia threaten the fate of the deal and may result in a legal dispute. In case France fails to fulfil the contract on time or refuses to give the ships to the Russian Federation, Russia is entitled to file a claim under the arbitration clause, which the contract contains.The Mistral arbitration would be of great importance for other potential arbitrations involving the Russian sanctions. This is one of many deals in this sector affected by the sanctions. Issues that the tribunal may have to decide include the inability of one of the parties to perform the contract due to the international sanctions, and more importantly, whether arbitrating such issues would constitute a breach of public policy.

The purchase of the Mistral helicopter carriers was the first transaction of this magnitude between Russia and its former rivals in the Cold War. Russia was supposed to acquire two Mistral ships built in France and technologies, which would later allow it to build two more ships in Russia. Now the first of the ships is almost ready and Russia has made the first €1,2 billion payment for it.

Soon after the annexation of the Crimea and start of hostilities in Eastern Ukraine nearly all EU members have drastically limited their cooperation with Russia in the military sphere and introduced other restrictive measures against Russia. However, France for a long time has been assuring Russia that the contract would be performed anyway. But in the beginning of September 2014, after the new escalation of the crises, which occurred prior to that, in August, France announced that it decided to halt the performance of the contract.

The contract is reported to have a break fee clause as well as the clause about the punitive damages, which can amount to more than €1 billion, which France would be obliged to pay in addition to returning the payments made by the Russian side. Although France does not exclude the possibility of performing the contract in case the recent Ukrainian ceasefire succeeds, Russia is reported to have started preparing an arbitration claim against it.

Although there is little information in public domain about the content of the arbitration clause in the contract, most of the military experts from Russia and other countries state that it provides for the arbitration with a seat in Geneva.

As the decision about postponing the Mistral deal resulted from sanctions imposed by the European Union, the initial issue, which would arise in any arbitration of this type, would be arbitrability of the dispute. Arbitrability is a public policy limitation upon the scope of arbitration as a dispute resolution method. A strong argument can be made that arbitrating this dispute could be against public policy.

La Compagnie Nationale Air France v. Libyan Arab Airlines related to the tragedy of Lockerbie—the destruction of a passenger plane in 1988, which occurred as a result of involvement of several Libyan nationals. This led to an international embargo, imposed by the UN Security Council, which made it impossible for the Air France to perform its supply and maintenance contract with the Libyan Arab Airlines.

In that case an ad hoc UNCITRAL arbitration tribunal with the seat in Montreal, asserted jurisdiction, despite international sanctions. When the respondent tried to challenge this decision, the Quebec courts upheld the decision of the tribunal, stating that tribunal has autonomy to make such decision unless the arbitration clause is manifestly invalid.

The most relevant decision for the Mistral controversy will be Fincantieri-Cantieri v. Ministry of Defense of Iraq. That case looks like the Mistral dispute in almost all aspects: it arose out of the contract between the Italian ship-builders and Iraq for the supply of corvettes, which, after the Gulf crisis had fallen under the UN Security Council’s embargo against Iraq.

In the Fincantieri case the Italian shipbuilders referred the case directly do the Italian courts claiming that such issues cannot be referred to arbitration. Although the court of the first instance supported the arbitrability of the dispute, the Court of Appeal of Genoa reversed this decision. It explained that Italian law was applicable to this case and therefore under the Italian laws about sanctions on Iraq, the dispute was not arbitrable and resolved the dispute in favour of the shipbuilders. This decision, however, was highly criticised by the French Cour d’appel de Paris, which refused to enforce the Italian court decision in France, acknowledging the arbitrability of the dispute.

Another part of this deal, the agency contract, has fallen under a separate arbitration agreement, providing for arbitration in Switzerland. In that case the Swiss Tribunal Federal supported the ICC tribunal’s earlier interim decision to accept jurisdiction, considered the case arbitrable due to a very broad definition of arbitrability, which can be found in Art. 177 of Swiss PILA and referred the parties back to arbitration. The decision of the arbitration tribunal is not available in public domain.

Despite the fact that Switzerland itself has joined the sanctions against Russia, it is highly unlikely that the Mistral contract will be considered contrary to the international public policy and non-arbitrable if the courts will follow the logic of the decision discussed above.

Courts may have to reconcile two conflicting public polices: that of the sanctions and encouraging resolution of private disputes by means of arbitration. The US case Ministry of Defense of Iran v. Cubic Defense Systems is a good illustration.

As in the possible Mistral dispute the problems with the Cubic case resulted from the non-UN sanctions. In that case a US company and the Ministry of Defense of Iran in 1977 agreed on the sale of Air Combat Manoeuvring Range. It was prior to the Iranian revolution and the parties had to terminate the contract after it. In that case the ICC tribunal with the seat in Switzerland asserted jurisdiction over the dispute and rendered an award in favour of Iran.

Among other arguments against recognition and enforcement of the award in the United States, the American company relied on public policy against such transactions with Iran after the Revolution. The federal courts, however, dismissed all Cubic’s arguments, noting that the US public policy favouring arbitration prevails over that public policy.

Lessons for the Mistral controversy

This review of cases suggests that arbitrability of disputes falling under international sanctions largely depends on the law of the seat of the arbitration. If the Mistral contact provides for arbitration in Geneva, it will most certainly be the Swiss law.

On the other hand, the possibility of the future enforcement of the arbitration award will also depend on the position of courts in the place of the enforcement. The courts in other jurisdictions may refuse to enforce such awards as contrary to public policy. Article V of the New York Convention on the Recognition and Enforcement of Arbitral Awards gives them the right to do so.

This underlines the importance of the choice of the seat of the arbitration for similar military transactions, which may become politically sensitive. In most cases the arbitrability will depend on understanding of international public policy by the courts in the seat of arbitration.

This article was originally published on the CIS Arbitration Forum and includes links to various sources supporting factual assertions in this article not all of which appear in this version.