The disclosure reform proposal for the Business & Property Courts envisages a wholesale shake up of the current disclosure process under CPR 31 to encourage a shift in the culture and approach to disclosure. The proposal includes a new, draft Practice Direction and is scheduled to be submitted to the CPR Committee for review and approval by April 2018.

Background to the proposed disclosure reforms

In May 2016, a working group was established to examine the disclosure process in civil proceedings in response to concerns from court users and the profession regarding what was perceived as excess costs, scale and complexity of the process. The Rolls Building Disclosure Working Group (the DWG) chaired by Lady Justice Gloster, identified a number of key defects in the current disclosure regime for the Business and Property courts in England and Wales.

The DWG, which is comprised of a wide range of lawyers, experts, judges, representatives of professional associations and users of the Rolls Building jurisdictions, concluded that a ‘wholesale cultural change’ is required. This, it said, can only be achieved by the widespread promulgation of a completely new rule (CPR 31) and guidelines on disclosure which will apply for the majority of cases proceeding in the Business and Property Courts.

The DWG proposed that a mandatory pilot scheme is rolled out across the Business and Property Courts in the Rolls Building in London and in Bristol, Cardiff, Birmingham, Manchester, Leeds, Newcastle and Liverpool. The scheme is expected to be submitted to the CPR Committee for review and approval in March or April 2018. It is proposed that the pilot will take place over a two-year period.

The key proposed changes are that:

◦ preserve any relevant documents in its control

◦ disclose known adverse documents, irrespective of whether an order to do so is made

◦ cooperate with each other and assist the court over disclosure

◦ refrain from providing documents that have no relevance ie. ‘document dumping’

◦ liaise and cooperate with the other parties’ lawyers to promote the reliable, efficient and cost effective conduct of disclosure, including the use of technology

As is to be expected, such a fundamental change to the litigation process will require background work and preparation.  Parties and legal representatives are likely to need to evaluate their internal procedures, for example in relation to document preservation, review and management.

There are some areas of the proposal that may require clarification. For example, is the proposed requirement to explain ‘with reasonable precision’ the grounds upon which a document is being withheld from production, such as on the grounds of privilege, more onerous than the current approach?

Anecdotally, the disclosure reform proposal has generally been positively received.  It marks a step towards managing the disclosure process in line with the modern reality of litigation. 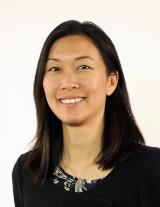 In practice, Hoi-Yee acted in a range of commercial disputes, including breach of trust and fiduciary duty claims, breach of contract and fraud claims, shareholder disputes and matters involving cross-border issues. She also worked on international arbitration proceedings in London and the Far East.

At LexisNexis, Hoi-Yee works on the Lexis®PSL Arbitration and Dispute Resolution modules.