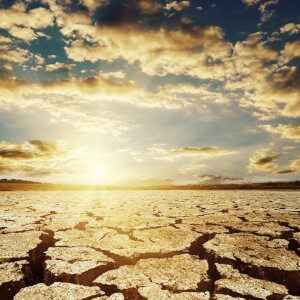 Addressing concerns raised by arbitration users over recent years, the ICC has taken steps to address arbitrator inefficiency in providing awards within a reasonable time. The measures include the ability to penalise and reward on costs for late or prompt delivery of awards. The ICC will also (though parties can opt out) publish the names, nationality and appointing party of newly registered cases. This took effect from 1 January 2016.

In its plenary session on 17 December 2015, the International Chamber of Commerce (ICC) adopted two decisions aimed at enhancing the efficient and transparency of ICC arbitration proceedings. The policies themselves are not available on the ICC's website (we will update this article as and when they are available). However, the press release gives the following details.

Publication of information on the tribunal

For cases registered from 1 January 2016, the International Court of Arbitration of the ICC (the Court) will publish on its website the names of the arbitrators sitting in ICC cases, their nationality, as well as whether the appointment was made by the Court or by the parties and which arbitrator is the tribunal chairperson. The information will be published after the tribunal has been constituted and updated should the tribunal's composition change (though without reasons for the change). The names of parties, counsel and the case reference number will not be published. Should parties not wish this information to be published they can 'opt out' or, should they wish to, they can request that the Court publish additional information.

The Court has also addressed concerns over the time taken to produce arbitral awards setting out clear cost consequences from unjustified delays in submitting draft awards to the Court. ICC tribunals are now expected to submit draft awards within three months (two months if a sole arbitrator) after the last substantive hearing concerning matters to be decided in an award or, if later, the filing of last written submissions (excluding costs submissions).

If the award is not submitted within that time the Court may lower the arbitrators fees unless it is satisfied that the delay is justified by factors beyond the arbitrators' control or to exceptional circumstances. The fees may be lowered as follows:

for draft awards submitted for scrutiny more than 10 months after the last substantive hearing or written submissions, the fees that the Court would otherwise have considered fixing are reduced by 20% or more

In deciding on such reductions, the Court will take into account any delays incurred in the submission of one or more partial awards.Interestingly, to encourage efficiency, the new policy provides the Court with the ability to increase the arbitrators' fees above the amount that it would otherwise have considered fixing in cases where a tribunal has conducted the arbitration expeditiously.

Impact of the ICC's decisions

It was clear from the 2015 White & Case and Queen Mary study (LexisPSL Arbitration subscribers can see: 2015 International Arbitration Survey published) that efficiency in the production of awards was an issue for parties to arbitration and therefore was an area that institutions could improve. A concern could however be raised of the ICC in particular that while awards may be submitted for scrutiny, there may well be a delay in the 'to and fro' between the ICC and the arbitrator which the Court's costs powers would not address*. There may, hypothetically of course, also be a temptation on the part of arbitrators to submit a draft award so as not to incur cost consequences when in fact the award is not as finalised as it should be. No doubt the ICC would become wise to such behaviour.

The ability to reward arbitrators on costs was foreshadowed by the new provision in the Indian Arbitration and Conciliation (Amendment) Act 2015 which has a similar provision. It is unclear how this would work in practice, and what such an incentive would be, but it is conceivable that some parties would be willing to pay an enhanced fee in order to guarantee delivery of a timely award (though of course this should not be necessary). It is not clear from the ICC's press release whether the ICC will release information to show any costs penalties or 'bonuses' it orders though such information may be available in a future report along the lines of that recently released. LexisPSL Arbitration subscribers can see: Decisions on costs in international arbitration—assessing the ICC's latest report for more details. Click here for a free trial to access if you are not a PSL subscriber.

The publication of the names and make-up of tribunals may be of use to those seeking to make party nominations or appointments. It will also hopefully make it clear who has served on panels together previously though simply knowing who has worked together gives no indication of their competence or expertise. One potential impact of this move is to yet further narrow the pool of arbitrators as those seen to have experience will be names on the ICC's website potentially harming yet further those trying to break into the field and secure first appointments. It is also the case that while an arbitrator may have several appointments, some may be dormant, others wholly time-consuming. Having a list of ongoing appointments is therefore of limited value.

While the ICC are to be applauded, as are all institutions, for their efforts to be more transparent and to address concerns raised by arbitration users, the practical impact of these decisions remains to be seen.

*LexisPSL Arbitration subscribers can see: The pros and cons of the scrutiny of arbitral awards for more details.