In this article, Michael Harper of Crown Office Chambers considers the assessment of damages and the impact of the coronavirus (COVID-19) pandemic.

The assessment of damages can in many cases take account of events subsequent to breach and what is known by the date of trial. This is despite what has been traditionally referred to as a general rule that damages are assessed as at the date of breach.

Hindsight, proverbially said to be 20/20, will therefore be much required in 2020. The quantification of some claims may be radically affected by the effects of COVID-19.

It remains necessary to start with the traditional recitation that “as a general rule in English law damages for tort or for breach of contract are assessed as at the date of the breach”: Miliangos v George Frank (Textiles) Ltd [1976] AC 443 at 468D. This has been repeatedly affirmed as a starting point, including most notably in The Golden Victory [2007] UKHL 12 at [11] and [13].

Nonetheless, if one starts with this general rule, there are a remarkably high number of potential exceptions. Moreover, these exceptions are not always readily explicable nor demarcated in a way that preserves the rule itself. The effect is that it becomes more difficult to predict or justify when a Court should take into account subsequent events.

A focus on the correct counterfactual

The better (and arguably now prevailing) approach is that the real question as to the date of assessment is one of identifying the correct counterfactual and in particular regarding mitigation: what ought the claimant to have done in response to the breach and when?

This approach now has the direct support of Pluczenik Diamond Co NV v W Nagel [2018] EWCA Civ 2640, at [41], which reframes the two leading Supreme Court cases as favouring this view:

“Although it has often been said that damages should be assessed ‘as at’ the date of breach, following the decisions of  [The Golden Victory] and [ Bunge SA v Nidera BV], it is now clear that this is not a rule of law but merely a rule of thumb which reflects the usual result in practice of applying the mitigation principle where there is an available market. Where there is an available market, it is presumed that the claimant acting reasonably will enter the market at once and obtain a replacement performance. Hence applying the mitigation principle has the result of crystallising the claimant's loss at or at least shortly after the time of breach. But where the mitigation principle does not yield this result – for example because there is no readily available market – subsequent losses (and gains) have to be brought into the calculation.”

This approach is also consistent with a sizeable body of academic commentary, which has further noted that the supposed general rule has often seemed more honoured in the breach than the observance in recent years.

Some basic applications of a focus on the counterfactual

As identified in Pluczenik, if there was an available market to remedy the breach it will ordinarily be reasonable for the claimant to have resorted to this shortly after the date of breach. Hence, under trite principles of mitigation, damages will be assessed on the basis of a counterfactual that the claimant did so, which must entail that damages should be assessed at that time. This is what is meant by the loss ‘crystallising’: the Court will calculate damages against a counterfactual in which the breach was remedied at a given time, so what happens thereafter is irrelevant. This accounts for the many scenarios that do look to the date of breach, such as a failure to supply goods or services or negligent surveying.

Conversely, if acting reasonably the claimant has not remedied the breach, the loss never crystallised and subsequent events may continue to inform the assessment of loss (subject to general principles, such as remoteness). If a defendant failed to perform a contract or negligently damaged property but it was reasonable for the claimant not to pay for substitute performance or repairs, then subsequent events remain material. If it would now be reasonable for the claimant to remedy the breach, damages should reflect whether the cost of doing so has increased or decreased.

There are a multitude of reasons why it might have been reasonable not to remedy the breach, so that subsequent events will factor into the assessment of damages. These include if the claimant was unaware of the breach at all or if they were locked into the consequences of the breach.

One must of course take care in considering what the claimant ought to have done in response to the breach and the overall position in that counterfactual. However, there is at least a coherent framework to explain why this enquiry matters and how it yields a date of assessment.

On any view COVID-19 and the global response to it have had profound effects. Where appropriate, the assessment of damages for breaches prior to this period may be radically affected by those subsequent events, just as with breaches occurring now.

Many counterfactuals will be less profitable than would have been previously forecast. A claimant who, due to the defendant’s breach in contract or tort, was prevented from (say) providing client-facing services and where this loss never crystallised has likely suffered a much smaller loss of profit than might have been assumed. The same will likely be true of most contracts that depend on the high-street, public events or general consumer spending.

In other cases, subsequent events may show that a claimant’s loss is greater than would have been forecast assuming ordinary circumstances. Perhaps it is reasonable for the claimant to now undertake emergency property repair works but the necessary cost is increased due to appropriate safety measures for those undertaking the works. Or perhaps the claimant was prevented from sharing in the growth in certain sectors, such as a spike in demand for certain goods or remote services.

In these cases, all parties will want to assess whether COVID-19 has increased or decreased the loss and how to evidence this. A starting point may be to look at the appropriate industry trend or specific comparators, but with adjustments if the claimant would have been particularly well or ill-placed to deal with the new market conditions.

In relevant cases, parties would be well advised to revisit assumptions as to the date of assessment and the quantification of settlement offers.

Nothing in this article constitutes legal advice and no liability is accepted.

For the biography of Michael Harper of Crown Office Chamber, see here 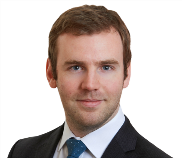 Michael is a barrister practising at Crown Office Chambers, principally on professional negligence, insurance, property damage and commercial matters. Recent notable instructions include one of the Lawyer’s Top 20 cases of 2019.