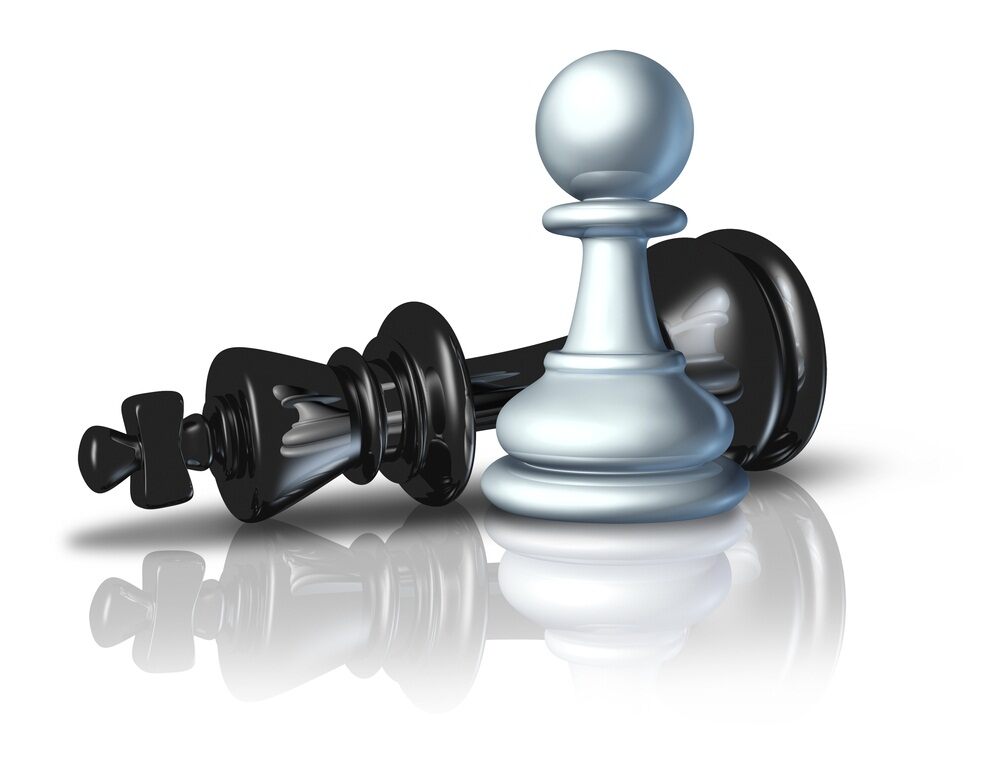 Litigation funding is synonymous with David vs. Goliath battles.  The little guy pitted against the giant, armed with nothing but a slingshot is the metaphor of choice for funded minnows in dispute with large corporates.

But why should diminutive figures be the only ones using the mechanism of litigation funding?

What’s to stop Goliaths also seeking this type of backing for  themselves?

For many claimants, pursuing a case through litigation can be prohibitively expensive.  The costs of lawyers and the unpredictable duration of a case act as deterrents to many who might want to make a claim, and litigation can be devastating should the case go ahead but result in a loss that might result in having to pay the defendant’s costs as well.

But when David wants to tackle Goliath, litigation funding is how he can turn his slingshot into a burning crossbow – complete with the reality of not being scorched by the flames. Paying some or all of the fees for the claimant in a civil case (as they pursue another business or entity over what is usually a business deal that suffered from the wrongs of the other party) the litigation funder takes on most of the financial risk.  In the case of a win, the funder receives a share of the proceeds, and if there is a loss, the investment disappears but leaves the claimant in no worse a position than they started.

Miller vs Caterpillar, a case in the United States, is the classic example of David vs. Goliath. At the heart of the case is Miller’s claim that Caterpillar misappropriated its trade secrets, which Caterpillar has denied.

To put itself on a level playing field, Miller, a family-run business in Northumberland, northern England, sought financing from various third party litigation funders, eventually entering into a contract that sparked further debate over third party funding and confidentiality. The Illinois judge eventually supported Miller’s choice but emphasised the necessity of non-disclosure agreements when exchanging information with prospective funders.

But what role might litigation funding have in a case between two Goliaths?

On paper, big companies might appear not to need Third Party Litigation Funding. They have the financial security that smaller claimants lack and unlike a David-figure, they do not need to prove to the defendant that they cannot be bullied. As litigation costs expert, Mark Beaumont, put it in the Financial Times (April 2014), “With an investor on David’s side, Goliath knows that the case has merit and will not go away through lack of funds.”

But if the claimant is also a Goliath, there is seemingly no longer the need for fiscal peacocking, so what is the point?

Large and financially secure companies are becoming more and more enticed by the reduced risk promised by Third Party Litigation Funding. When litigation begins, declaring the costs and risks creates a monetary drain that can be just as damaging for a Goliath as it can impact on the share price and resources.  If  a funder agrees to back the case ,the drain is plugged and the risk transferred.

It is painfully evident how litigation costs have affected banks in the wake of the financial crisis and this is possibly the strongest example of the impact of risk, although it must be pointed out the cases are mainly to defend litigation rather than to bring it.

With the aid of litigation funders, the risk of a large company being forced to tread water while it pays for litigation is greatly reduced. Funding allows the cash flow to continue to the places that need it rather than the litigation black hole.

For shareholders and investors, this means added security and for the stakeholders that means they can keep going. Being able to put up a “Business As Usual” sign on the shop door is a powerful statement, particularly now many economies, including the UK, are emerging from pain of a deep recession and companies are seeking to grow stronger and improve their financial standing.

But for bigger companies to take advantage, there needs to be an understanding and open lines of communication between General Counsel and the CFO or Financial Director.

Burford’s own CFO, Miriam Connole, said in a recent article (that addressed the costs of arbitration) that the ‘knowledge and adaptability of CFOs’ must increase. The same applies in the case of litigation. CFOs must realise that through some initiative, they can make a poignant difference in dealing with a case.  Currently, a General Counsel may not be fully educated on the merits of funding, but more and more we are seeing CFOs becoming more alive to the benefits of litigation finance.

This is paramount to the further success of Goliath vs Goliath cases, and conveys the need for the General Counsel to fully debate the value of third party litigation funding in future.

Nick Rowles-Davies is Managing Director of Burford Capital (UK) and author of Third Party Litigation Funding, due out in October.