The annual open meeting of the CPR Committee (CPRC) took place remotely on 15 May 2020 and covered a number of topics, including the postponement of the whiplash reforms, reforms to CPR 81, the Commission for Welsh Justice, CPR PD 2B, the CPRC’s response to the coronavirus (COVID-19) crisis, proposals for measures to protect vulnerable court users, amendments to CPR 73, consequential amendments arising out of the amended statement of truth, various costs reform proposals and the relationship between rules and Practice Directions.

The Chair confirmed that the proposed whiplash reforms are delayed until April 2021.

The sub-committee on reform of CPR 81 has prepared a draft revision, which cuts the number of rules down to ten, as opposed to the current 38. A public consultation has recently concluded and the sub-committee will present their final proposals at the next CPRC meeting on 5 June 2020. If the proposed changes are adopted by the CPRC then the new rules will come into effect either this year or early 2021.

Commission for Justice in Wales update

Following two years of evidence-gathering, the recommendation by His Honour Judge Jarman QC was that it should be compulsory for challenges to the validity of decisions made by a Welsh public body to be heard in Wales.

The CPRC agreed in principle to take that forward. A proposal has been drafted and will be considered fully at the CPRC meeting on 5 June 2020.

Issues with CPR PD 2B

Although not a formal agenda item, Master Dagnall confirmed that questions posed to the CPRC by LexisPSL regarding drafting issues with CPR PD 2B would be considered by the relevant sub-committee, who would bring their recommendations to the CPRC either in June or July. For details of the relevant points concerning CPR PD 2B, see Practice Note: Injunctions—jurisdiction—County Court—jurisdiction of District Judges.

The Chair raised eight matters relevant to the CPRC’s work in relation to coronavirus:

in relation to the prospect of a move more generally to remote hearings in a post-coronavirus world, we are still some way away from video hearings becoming the norm

In relation to two further points raised by CPRC members, the Chair also discussed the following:

Four proposals were presented from the vulnerable parties sub-committee:

Subject to a requirement that the individual amendment proposals be subjected to proper drafting scrutiny, the CPRC confirmed that the sub-committee should move forward with those proposals.

The CPRC approved amendments, to be included in the next updating SI, to CPR 73. These amendments will enable Legal Advisors to make an unless order where the judgment creditor fails to file a certificate of service pursuant to CPR 73.7(2), and also clarify certain matters in CPR 73.10.

The CPRC agreed that the best way forward was to simply remove the specific wordings from elsewhere in the CPR (other than in respect of experts) and replace them with references to the wording in CPR PD 22, para 2.1.

Four matters were raised by the lacuna sub-committee for consideration by the CPRC, all of which related to costs:

The Chair noted that the practice of supplementing rules with Practice Directions sometimes worked well but in other cases made the rules cumbersome and less accessible. There was not sufficient time to discuss the matter in detail but members of the public at the meeting were invited to put forward any strong views they had on the subject.

Due to time constraints only six questions from the public were posed. The questions and answers are summarised as follows:

Any other business (item 10)

Two points of other business were raised: 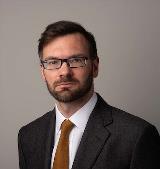 Richard is a barrister with over 10 years’ experience in the civil courts in England and Wales.  Through extensive exposure to the courts on a nearly daily basis he has developed an in-depth understanding of the practical application of the CPR in day-to-day litigation, both in interim hearings and substantive trials.