We have all become accustomed to a daily diet of news reports concerning the perceived continuing failure by the Government and Public Health England to act more quickly to source important medical equipment, whether it be ventilators or personal protective equipment.  In the last few days, for example, the BBC aired a Panorama programme on ‘How the Government has failed the NHS’, which purported to investigate ‘the delays and mistakes that have put the lives of NHS staff at risk’.

We will probably have to wait until after the present crisis has passed before we can establish the validity of the charge, but there is no doubt that the outbreak of the coronavirus crisis has placed public bodies under intense pressure to procure items of medical and other equipment in order to help the NHS to help fight the effects of the virus.

Despite the urgency of the need to obtain this or any other similar equipment, contracting authorities (i.e. public bodies) still have to comply with the Public Contract Regulations 2015 (‘PCR’) when awarding the relevant contract. If they fail to do so, they will run the risk of a subsequent challenge from those suppliers who were not awarded the relevant contract and who can properly claim that the procedure adopted was unlawful.

Recognising the difficulty, on 18 March 2020, the Government issued a Procurement Policy Note – ‘Responding to Covid 19’ (PPN 01/20) containing general advice for contracting authorities who may need to procure goods, services and works with extreme urgency. Whether and to what extent the Government (or Public Health England) has followed its own advice remains to be seen.

Normally, the PCR require contracting authorities to advertise the existence of the contract opportunity in advance and to conduct a competitive tender, with comparatively lengthy timescales prescribed by the rules. In cases of extreme urgency, those timescales may simply be too long.

PPN 01/20 draws the attention of contracting authorities to the various options which already exist under the PCR allowing them to procure goods, services and works with extreme urgency. Those options include:

“The negotiated procedure without prior publication may be used for public works contracts, public supply contracts and public service contracts in any of the following cases: ...

(1)   There are genuine reasons for extreme urgency (e.g. the need to respond immediately because of public health risks);

(2)   The events that have led to the need for extreme urgency were unforeseeable (i.e. because the Covid-19 situation was so novel that the consequences could not have been predicted);

(3)   It is impossible to comply with the usual timescales in the PCR (e.g. there is no time to run an accelerated procurement under the open or restricted procedures or competitive procedures with negotiation);

(4)   The situation is not attributable to the contracting authority (i.e. the need for extreme urgency must not result from the authority’s own delay).

It is that last point which may well prove the undoing of many contracting authorities. It will not avail a contracting authority to say that it had to procure, say, large quantities of PPE as a matter of extreme urgency if the evidence shows that it should have foreseen the need rather sooner than it did and the need for urgency has therefore only arisen as a result of its failure to act more promptly.

The Information Note also reminds authorities that, under Regulation 32(2), they can make a direct award where the works, goods or services needed to respond to Covid-19 can only be supplied by a particular supplier because either:

(1)   competition is absent for technical reasons (e.g. because there is only one supplier with the requisite expertise); or

(2)   it is necessary for the protection of exclusive rights, including intellectual property rights (i.e. where the supplier owns those rights).

However, and as the Note makes clear, a direct award will only be justified where (a) there is no reasonable alternative or substitute available and (b) the authority is not doing something which artificially narrows the scope of the procurement such as by over-specifying the requirement.

Whilst it is conceivable that there might be items of equipment which fall into one or other of these categories, neither is likely to apply in relation to the supply of either ventilators or PPE. For example, it appears that there are any number of companies such as Dyson, Rolls Royce and Airbus offering to adapt their production lines in order to manufacture and supply ventilators.

Call off from an existing framework agreement or dynamic purchasing system

As the Information Note explains, it is possible for an authority to use a framework agreement to meet its needs but only if:

Again, although not inconceivable, it seems unlikely that this provision will in fact assist many contracting authorities, given the huge increases in the quantities of equipment required in order to meet the demands created by the Coronavirus.

Using a standard procedure with accelerated timescales due to urgency

The Information Note also reminds authorities that Regulations 27(5), 28(10) and 29(10) of the PCR allow for a reduction in the minimum timescales normally required for the open procedure, the restricted procedure and the competitive procedure with negotiation if a state of urgency renders the standard timescales impracticable. For example, the timescale which normally applies under the open procedure can be reduced to 15 days for the receipt of tenders plus the minimum 10 days for the standstill period.

Extending or modifying a contract during its term

Regulation 72(1) allows a contracting authority to modify a contract (e.g. to increase the number of units supplied) without a new procurement procedure where:

The Information Note explains that multiple modifications are permissible, but each one should not exceed the 50% of the original contract value. Authorities are also advised to consider limiting the duration and/or scope of the modification and running a procurement for longer term/wider scope requirements alongside it.

Again, and as with the framework agreements, it seems unlikely that this provision will assist many contracting authorities, given the scale of the increases in the quantities of equipment required.

Although designed to assist contracting authorities to procure supplies of equipment rather faster than would otherwise normally be possible under the PCR, the Information Note actually only serves to highlight the difficulties which contracting authorities may face in trying to take advantage of any of the provisions mentioned.

It might of course be hoped that, in the spirit of cooperation, unity and humanity, aggrieved suppliers might forebear from issuing challenges to procurement processes during the current crisis. However, the fact that all businesses are likely to be suffering a severe cash shortage as a result of the crisis may well make that a vain hope, as those suppliers who have not had a proper opportunity to tender consider what steps they might take to obtain redress.

In fact, far from reducing the risk of successful challenges, the PPN might unwittingly increase the risk, by encouraging contracting authorities to justify shortened timescales on the ground of extreme urgency, when it might subsequently be shown that the urgency arose purely as a result of the authority’s own delay.

The supply of components to my business from Italy is late and I don’t know when they will be delivered because of coronavirus (COVID-19). I am about to miss the deadline to supply my products to a customer, what can I do?
Covid-19 | 7 min read 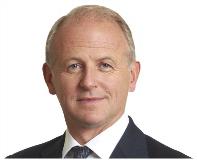 David Sears QC is widely recognized as a leading practitioner in commercial dispute resolution, with a particular emphasis on professional indemnity, construction and engineering, energy and utilities, information technology and insurance law. He has represented a wide range of clients including multinational corporations, government entities, professional advisers and individuals both in the UK and abroad.