This news analysis considers the recent decision of the Takeover Appeal Board (Board) to dismiss three appeals which arose in connection with the proposed merger of Ladbrokes plc (Ladbrokes) with the Gala Coral Group and what the decision means for corporate lawyers.

A Board statement has been issued in relation to the proposed merger of Ladbrokes and Gala Coral Group Ltd. The Board has dismissed three appeals made by a Ladbrokes shareholder who was concerned about, among other things, non-compliance with the requirement to publish material contracts on a website as required by Rule 26.3(d) of the City Code on Takeovers and Mergers (Code) and perceived omissions and inaccuracies in the circular issued in relation to the transaction on 30 October 2015.

What was the decision of the Board?

Concerns raised by the shareholder included:

What are the key background facts to this case?

On 22 June 2015, Ladbrokes announced that it was in discussion with the board of Gala Coral regarding a possible merger of Ladbrokes and Coral (a principal part of Gala Coral's group of companies). Shortly after that announcement, Ladbrokes also announced a non-pre-emptive placing to existing and new institutional investors. Ladbrokes' online gaming software and services provider, Playtech plc (Playtech), was expected to take up some of the shares which were to be issued pursuant to the placing.

On 24 July 2015, Ladbrokes and Gala Coral announced, among other things, that:

The Panel Executive (Executive) agreed to grant a r 9.1 waiver if independent shareholders of Ladbrokes voted in favour of the whitewash resolution.

On 30 October 2015 Ladbrokes announced the publication of a circular which included notice of a general meeting setting out the necessary inter-conditional resolutions to be passed by Ladbrokes shareholders to approve the merger, including resolutions:

The amendment agreements were published in full on the website on 5 November 2015 following a request by Mr Desmond as a gesture of goodwill.

Mr Desmond raised various concerns with the Executive, which rejected his arguments, and subsequently appealed to the Hearings Committee (which upheld the rulings of the Executive).

What was being appealed before the Board?

There were three appeals before the Board:

What were the key Code provisions in issue?

The following Code provisions were in issue:

Rule 25.7 requires an offeree board circular to contain, among other things, a summary of the principal contents of each material contract (not being a contract entered into in the ordinary course of business) entered into by the offeree company during the period beginning two years before the commencement of the offer period.

Rule 26.2(c) requires any agreements or arrangements of the type referred to in note 11 on the definition of acting in concert to be published on a website by no later than 12 noon on the business day following the announcement of a firm offer.

What were the Board's reasons for dismissing all appeals?

It was accepted that the amendment agreements were material and were within the two-year time limit in r 25.7(a). Accordingly, they should have been summarised in the circular and, pursuant to r 26.3(d), published on a website.

The Board considered the expression 'in the ordinary course of business' and concluded that they are ordinary words of the English language which must be interpreted in the light of the meaning which business people would give them in the particular context in which they are used. Here the context was the disclosure of information about contracts which fell outside the normal activity of the company. The Board also highlighted that even if the original agreements were entered into in the ordinary course of business, it does not necessarily follow that any amending agreement has the same character:

'An amending agreement which involves the payment of an aggregate of £75 million unrelated to future performance or success and conditional only on implementation of the Merger is, in the view of the Board, and having regard to the size of Ladbrokes’ business, its assets and its profitability, plainly outside the normal activity of the company and hence outside the ordinary course of its business.'

The Board determined that Ladbrokes was therefore right to the disclose the MSA amendment agreement in the circular and publish it on its website.

In connection with the merger

The Board further determined that the words 'in connection with the offer' in r 26.3(d) are also ordinary words of the English language and must be given a common sense interpretation. The Board referred to the account of the current version of the wording produced by the Executive and reproduced in the decision in appendix 2.

Until 2010, the Code required a circular to include a summary of the principal contents of each material contract (not being a contract entered into in the ordinary course of business) entered into by the offeree within two years of the commencement of the offer period and that each such contract be available for inspection. When proposals were made for such contracts to be available on a website, there were concerns that commercially sensitive information would become more widely available. Accordingly, r 26 was amended so as to limit the documents available for inspection to any material contracts if they were entered into in connection with the offer and were summarised or referred to in the offer document or offeree board circular. The Board accepted the view of the Hearings Committee (14 December 2015 ruling) that if the words 'in connection with the offer' were given too wide meaning they would potentially catch any material agreement which would be 'occasioned by' an offer or merger, for example, to reflect a new corporate structure, and would require publication in full of numerous agreements of no significance to voting shareholders.

The Board concluded that the MSA amendment agreement was made in connection with the merger: its rationale was to avoid certain significant consequences of the original MSA agreement that would have arisen because of the merger had amendments not been made, which is in stark contrast with the usual adjustments to commercial agreements occasioned by the enlargement of a group.

Was there adequate disclosure in the circular about the MSA amendment agreement?

The Board found that the amount payable under the MSA amendment agreement (£75m) was disclosed and that Mr Desmond had failed to proffer anything which suggested that the reason for the MSA amendment agreement could have been a material matter for the purposes of the whitewash resolution which had been passed at the general meeting. The Board concurred with the Hearings Committee (26 April 2016 ruling) that the circular could have set out more contextual information about the justification for the payment, but if there had been fuller disclosure there was no rational basis for concluding that the outcome of the shareholders’ meeting could have been different.

Did the amendment agreements amount to an inducement to deal?

The Board did not analyse in detail the grounds given by the Panel or Hearings Committee for rejecting Mr Desmond's contentions that the original agreements and amendment agreements constituted arrangements of the type contemplated by note 11(a) of the definition of acting in concert, given that the point was not pursued by Mr Desmond's counsel at the hearing. The Board stated, however, that it failed to see how the original agreements could, even on the widest interpretation of the note 11(a), be characterised as an inducement to deal.

The Board highlighted that the Rules of Procedure of the Hearings Committee and the Rules of the Board provide that hearings will generally be in private and, in its view, it is implicit in these provisions that material which comes to the knowledge of the parties for the purposes of those hearings is confidential and cannot be disclosed to third parties without the consent of the Hearings Committee or the Board, or of all other parties, except to the extent it is contained in a published Ruling or Decision.

What is the impact of the decision?

The decision clarifies the expressions 'in the ordinary course of business' and 'in connection with the merger' for the purposes of rr 25.7(a) and 26.3(d) respectively, assisting practitioners to interpret their meaning. It reminds practitioners of the relevant tests to apply when determining whether a contract should be disclosed in any offer board circular in connection with a proposed offer or merger, and whether such contract should be published on the offeree's website.

It also reminds practitioners of the confidential nature of proceedings before the Hearings Committee and the Board, and that the consent of all the parties will be required before any disclosures to third parties.

Among other things, the decision reflects the Board's, the Hearing Committee's and Executive's pragmatic approach to interpreting and applying the provisions of the Code in the context of commercial realities. It reinforces the idea that Code is concerned to ensure that shareholders have the relevant information to be able to cast informed votes, but it is not concerned with the commercial rationale for an offer or merger. 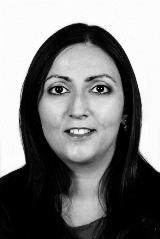 Kavita trained at Simons, Muirhead & Burton and qualified in 2006 in their Corporate department where she acted on private M&A transactions. Before joining LexisNexis as a Corporate PSL, she worked (as a fee-earning solicitor) in the Corporate team at King & Wood Mallesons (legacy Mallesons Stephen Jaques) for a number of years where she advised and acted on a broad range of corporate matters, including private M&A, private equity transactions, regulatory and general corporate matters.