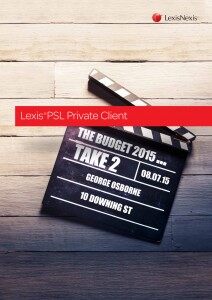 On Wednesday 8th July 2015, George Osborne delivered his seventh Budget as Chancellor and the first purely Conservative budget in 18 years.

Buoyed by its recent general election victory and free from the constraints of coalition, the Conservative government was clearly keen to make its mark and push through measures previously blocked by the Liberal Democrats.

One of the key themes, presented against the backdrop of the Greek crisis, was economic security as the Chancellor announced his intention to cut the deficit at the same pace as in the last parliament. The Chancellor announced that he planned to reduce the deficit through a range of welfare cuts and austerity measures and by continuing the crackdown on tax avoidance and evasion. The Chancellor emphasised several times the government’s aim to transform Britain from a low wage, high tax, high welfare economy into a higher wage, lower tax and lower welfare economy.

Click here to read our Private Client analysis of the Summer Budget 2015, which will also be of interest to Corporate lawyers.