There were five contractual offers that were initially hostile which saw one transaction switching to a recommended offer (offer for Bonmarche Holding plc by Spectre Holding Limited). The surge in hostile offers in 2019 also saw two target companies withdrawing their recommendation which led the offers to lapse (offers for KCOM Group plc by Universities Superannuation Scheme and RPC plc by Apollo Global Management, LLC). 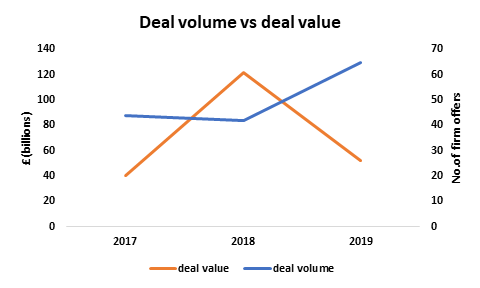 The final data for takeovers will be fully analysed and included in the upcoming Public M&A trend report which will be published in Q1 of 2020.