A of key developments in corporate transactions covered by Lexis®PSL Market Tracker this week.

On 29 August 2018, the Takeover Appeal Board confirmed the ruling of the Hearings Committee, reiterating that Disney would be obliged under the chain principle to make an offer at the price of £14.00 per Sky share within 28 days of completing its acquisition of 21st Century Fox. However, Disney would not be obliged by the offer if by then Fox has acquired 100% of the shares in Sky or Comcast or any other third party has acquired more than 50% of such shares.
The decision underlines the fact that the Panel will consider each transaction individually when determining whether the chain principle applies and the price at which such an offer must be made.
For more detail on this development, see our analysis in Lexis®PSL Corporate Takeover Appeal Board examines chain principle on Sky offer (subscription required).

Aston Martin, the car manufacturer, announced its intention to float on the London Stock Exchange later this year, making it the first UK carmaker to list in London since the 1980s.
The IPO, if it goes ahead, will be the biggest public share sale this year, with an estimated valuation of £1bn. Admission is expected on 17 September 2018.
Despite facing bankruptcy on seven separate occasions, the company’s intention to list is indicative of its recent success. Aston Martin launched three new sports cars this year and demand from the Asian markets has seen a notable rise in the company’s profits. In the last seven quarters, revenues climbed 8 per cent to £449.9m in the opening months of 2018, while pre-tax profits rose from £20.1m to £20.8m.
The company has released a registration document in line with the new listing rules issued by the FCA. This and related announcements can be found on Lexis®PSL Market Tracker (subscription required).

Funding Circle Holdings Ltd announced plans for an IPO this week, predicted to raise around £300 million. The peer-to-peer lending company is the first of this type to list in the UK, although its listing supports a trend towards increased activity in the financial technology sector.
Press reports suggest that the IPO has already received investor support, including a commitment for 10% of the new shares by Danish fashion billionaire Anders Povlsen.
The company has released a registration document in line with the new listing rules issued by the FCA. This and related announcements can be found on Lexis®PSL Market Tracker (subscription required).

EnQuest plc, an independent oil and gas production and development company listed on the London and Stockholm stock exchanges, announced a 3-for-7 rights issue of 508,321,844 new ordinary shares at an issue price of 21p each. The rights issue will raise approximately £107 million to fund the drilling of two infill development wells in the Magnus oilfield.
Shares in EnQuest fell from a closing price of 38.60 on 6th September to a low of 33.01 following the announcement. The drop in shares resulted in a drop in the company’s market capitalisation of around £50 million – roughly half the value of the proposed fundraising.
For more details on the rights issue please see the announcement, also covered in the Lexis®PSL Market Tracker weekly alert.

In focus: IPOs by industry sector 2018 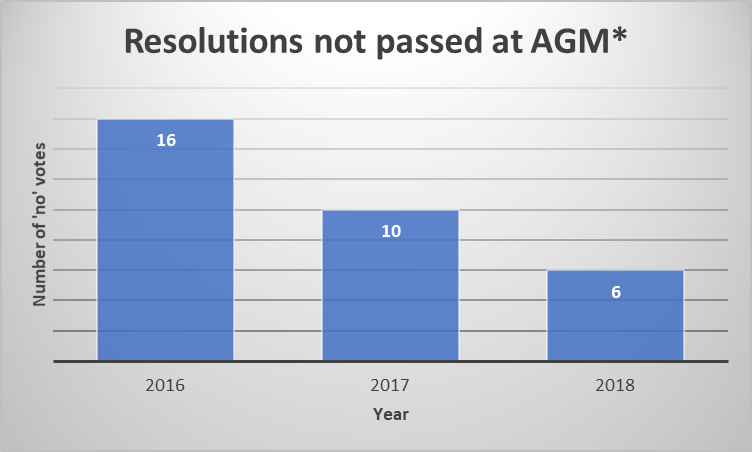 In focus: IPOs by industry sector 2018

While the Funding Circle Holdings IPO is in line with our predicted trend for increased activity in the investment, financial services and computing and IT sectors, Aston Martin's intention to float marks the fifth automotive IPO covered by tracker in the last 5 years, an area of comparatively little activity. This week we review IPOs by industry sector from 1st January 2018 to 7 September 2018, using data provided by our Market Tracker transaction comparison tool.
Market Tracker has covered 44 IPOs this year to date, 20 on the Main Market and 24 on AIM.
For Main Market companies, we can see that 35% of listings are in the investment sector, which reflects the overall trend for the last few years, as highlighted in our ECM Trend Report, published earlier this year. AIM companies have experienced a peak in professional services activity, with 25% of all new companies coming to the in this sector. 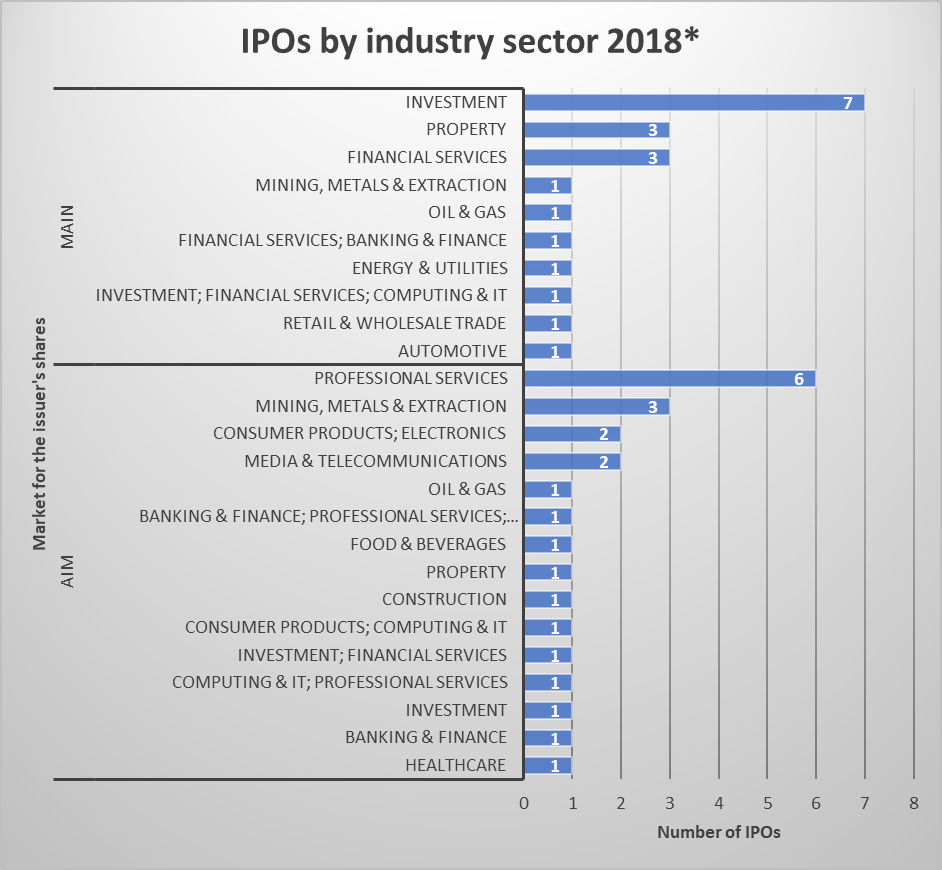