A round up of key developments in corporate transactions covered by Lexis®PSL Corporate and Market Tracker this week, including a summary of the key findings in the upcoming 2018 Public M&A Report, a look at law firm IPOs, an update on cancelled IPOs and a focus piece on recent developments in the audit process. 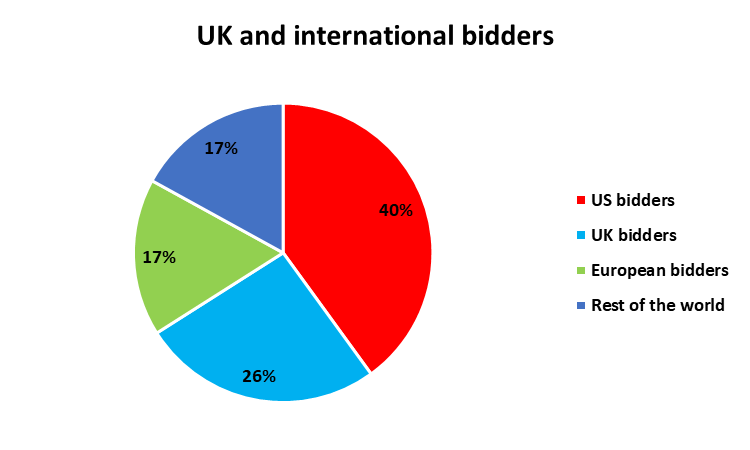 The report, which will be published at the end of this month, will also examine government intervention in the offer for GKN plc by Melrose Industries plc and the Takeover Panel’s implementation of auction bids in the separate competing offers by Comcast Corporation and by Twenty first Century Fox, Inc. for Sky plc.

On 31 January, Toronto-listed Greenfields Petroleum delayed its planned listing on AIM to late February. The company initially announced its IPO plans in November 2018.

It has since postponed its listing four times.

The company provided no other details relating to the listing, and no update on the financials. The November announcement indicated that the float was targeting gross proceeds of £60 million.

On 28 January 2019, The Global Sustainability Trust postponed its planned IPO. The announcement stated, ‘the continuing difficult market conditions for fund-raising, despite a large breadth of support, the minimum net Proceeds of the initial issue have not been met during the offer period’. The company had planned to raise £200 million through the offer.

In Focus: Report finds that company secretaries have no confidence in audit process

A recent poll conducted by ICSA: The Governance Institute and recruitment specialist The Core Partnership found that ‘just 9% of company secretaries surveyed think that the audit process has improved since the collapse of Carillion.’

On 9 October 2018 the Competition & Markets Authority (CMA) launched a market study into the statutory audit market, to see if the market is working as well as it should. The study considers three sets of issues: (a) choice and switching; (b) the long-term resilience of the sector; and (c) the incentives between audited companies, audit firms and investors.

An update paper to the study was published on 18 December 2018, in which the CMA outlined a number of reasons why it believes audit quality is falling short:

The reforms proposed by the CMA are:

In addition, on 18 December 2018 Sir John Kingman published his independent review of the FRC. Some of the main recommendations are as follows:

Finally, on 18 December 2018 the government launched a new independent review into standards in the UK audit market, with the outgoing Chairman of the London Stock Exchange, Donald Brydon, tasked with recommending what more can be done to ensure audits meet public, shareholder and investor expectations. The Brydon review of UK Audit Standards will build on the findings of the Kingman review and the CMA’s market study.

The EU has decided to revise its company law rules so they remain fit for purpose in the digital age, with the aim of achieving greater efficiency, transparency and legal certainty through the use of digital tools. The Romanian presidency of the Council of the EU reached a provisional agreement on 4 February 2019 with European Parliament representatives on a draft directive to facilitate and promote the use of online solutions in a company’s interactions with public authorities throughout its lifecycle. For more on this story see our news article: EU adapts company law to digital age - (a subscription to Lexis®PSL Corporate is required).

The government has published new guidance pages for UK businesses collating existing stakeholder and sectoral guidance on Brexit, focusing on preparing for the no deal scenario. The majority of the guidance within the new webpages is not new, but has been collated by sector, or subject, for ease of reference and bookmarking. Some of the guidance may change depending on the terms upon which the UK leaves the EU, so stakeholders are advised to monitor these pages for updates. For more on this story see our news article: BEIS updates for businesses and sectors trading or operating in the EU—no deal Brexit guidance - (a subscription to Lexis®PSL Corporate is required).

The Financial Conduct Authority (FCA) has set out how it would use the temporary transitional power in the event the UK leaves the EU without an agreement. The FCA intends to use this power to ensure that firms and other regulated entities do not generally need to prepare now to meet the changes to their UK regulatory obligations that are connected to Brexit. The FCA has also set out the areas where it would not make transitional provision and consequently expects firms and other regulated persons to start preparing now to comply with these post-exit regulatory obligations. For more on this story see our news article: FCA explains how it will use the temporary transitional power if there is a no-deal Brexit - (a subscription to Lexis®PSL Corporate is required).

Andrew Bailey, Chief Executive of the FCA, made a speech on diversity at the PIMFA Wealth of Diversity Conference 2019, highlighting the importance of diversity and inclusion to both regulators and employers. He noted that ‘fostering an inclusive and diverse culture can contribute to changing the behaviour of firms for the better’ and reiterated targets on gender and Black, Asian and Minority Ethnic (BAME) diversity.