A round up of key developments in corporate transactions covered by Lexis®PSL Corporate and Market Tracker this week, including the question of shared jurisdiction in the Congra Software offer for Global Graphics, adviser fees in the Takeda Pharmaceutical Company offer for Shire plc, the latest report of the Hampton Alexander review and an update on IPO cancellations in 2018.

On 12 November 2018, Congra Software Sarl (Congra) and Global Graphics plc (Global Graphics)  announced their decision not to go ahead with the scheme of arrangement announced on 5 October 2018. Instead, Congra has agreed to acquire 17.04% of Global Graphics’ issued share capital respectively from Clema Capital Sarl (13.10%) and from Mr. Johan Volckaerts (3.94%). This will trigger a mandatory offer.

The transaction falls under the shared jurisdiction regime since Global Graphics has its registered office in England and Wales, but its shares are only admitted to trading on Euronext Brussels. The transaction is topical as this month the UK Takeover Panel published a consultation paper outlining its intention to delete the shared jurisdiction rules from the Takeover Code (Code) after the UK exits the EU.

The shared jurisdiction regime was created by Takeover Directive 2004/25/EC, which established a legal framework through which takeovers are regulated in the EEA area. Under this regime, the supervision of the takeover is shared by two supervisory authorities, one in the country where the company has its registered office (where the relevant authority would be responsible for employee information and company law matters) and the other where the company’s securities are admitted to trading on a regulated market (where the relevant authority would be responsible for consideration and procedural matters). These shared jurisdiction rules are included in Section 3(a)(iii) to the Introduction to the Code. For further information, see our News Analysis: Analysing the proposed amendments to the Takeover Code arising from Brexit (a subscription to Lexis®PSL Corporate is required).

Post-Brexit, assuming that Global Graphic’s central management and control is in the UK, a transaction such as this would be subject to the full provisions of the Code (not just employee and company law matters as is currently the case). In addition, given its Euronext listing it is likely that the takeover would be treated as a dual jurisdiction transaction for the purpose of the Code.

On 8 May 2018, Japanese incorporated Takeda Pharmaceutical Company Limited (Takeda) announced a recommended firm offer for Jersey incorporated Shire plc (Shire). The firm offer is structured by way of a scheme of arrangement administered by the Royal Court of Jersey, based on Article 125 of the Companies (Jersey) Law 1991.

The firm offer for Shire by Takeda stands as  the largest deal of 2018 with an offer value of almost £46 billion (see the scheme document of 12 November). The transaction also has the highest costs of all deals in 2018. The costs of both Takeda and Shire, including both monies paid to advisers and the fees attributed to other costs, are likely to reach around £748.5 million. In contrast, the firm offer for Stellar Diamonds plc by Newfield Resources Limited had the lowest costs of all deals in 2018 (£543,000).

Takeda’s fees amount in total to £570 million and Shire’s fees total is some £178.4 million. The staggering combined deal cost means an almost £750 million payout to advisers and financiers.

Takeda’s other expenses amounted to 1% of the deal value and were spread across:

Shire paid approximately £116.6 million to their financial and corporate advisers (Goldman Sachs and Morgan Stanley) and £54.4 million to their legal advisers (Slaughter and May, Davis Polk & Wardwell, Nagashima Ohno & Tsunematsu and Mourant Ozannes).

Shire’s other expenses amounted to 0.01%-0.02% of the deal value and were spread across:

The Market Tracker team have been reviewing cancelled IPOs over the course of this year, as we reported last month. In recent weeks, a further three companies have cancelled their plans for potentially lucrative floats.

On 19 October 2018, investment trust Blue Ocean Maritime Income plc (Blue Ocean) announced that it had postponed flotation plans due to insufficient subscriptions for its placing and open offer. Blue Ocean had targeted gross proceeds of £250million from its IPO. The company announced that ‘the investment manager intends to continue to engage with potential investors with a view to proceeding with the issue later’. The number of orders received prior to the postponement was not revealed by the company, nor was the likely timeframe for a future IPO.

On 6 November 2018, Eurotorg Holdings (Eurotorg) announced it had postponed its planned IPO of global depository receipts due to ‘current market conditions’. Eurotorg, the largest grocery retailer in Belarus, stated that it had received ‘significant’ interest in the business from investors, however has decided to pursue a public listing when market conditions become ‘more favourable’ for emerging markets. The company confirmed that it does plan to revisit listing plans when market conditions are better suited to achieving a valuation that ‘reflects the company’s true potential’. Eurotorg’s listing would have been the first international listing of a Belarusian company. The company had expected to raise gross proceeds of £153 million.

On 7 November 2018, The Multifamily Housing REIT plc (Multifamily) postponed its planned IPO on the LSE’s Main Market. The Real Estate Investment Trust had initially announced in September that it planned to raise £175 million through the float. Multifamily announced a listing date of 28 September, which was subsequently extended to October. The proceeds of the IPO were intended to fund the acquisition of 22 UK properties for a total of £7.03 million to create its seed portfolio. Multifamily stated, ‘despite the positive interest shown by a wide number of long term institutional shareholders, the board has determined to postpone the issue pending culmination of these discussions’.

The Blue Ocean and Eurortorg cancellations have been mirrored across Europe, where 14 listings worth $150million or more have been pulled. Spanish energy company Cepsa cancelled its IPO plans, as did Portuguese retailer Sonae and Dutch car leasing group LeasePlan. The UK’s exit from the European Union in 2019 could be cited as a contributing factor to an uncertain market for IPOs.

Poor market conditions for potential floats can be evidenced by disappointing returns upon listing, as was the case with Aston Martin and Funding Circle’s respective floats last month. Both companies raised lower gross proceeds than the initial targeted amount and faced fluctuating share prices.

Recent Main Market IPOs have also been subject to a new regulatory procedure, prior to listing. The rules, which came into force on 1 July 2018, require companies to wait five weeks (rather than the previous four weeks) between announcement of an IPO to admission to trading. Some companies choose to release registration documents prior to confirming an intention to float. These changes were announced to provide potential investors with more detailed information earlier on in the process and allows unconnected analysts sufficient time to consider the merits of the potential float. However, the longer timeframe between announcement and admission means there is even less certainty regarding market conditions when considering whether to invest.

Brexit uncertainties, longer IPO timetables and a lack of confidence based on recent big-ticket IPOs all seem to have contributed to the high number of cancelled IPOs in 2018. We will continue to monitor this trend as it develops.

The Hampton-Alexander Review has published its third report on women in leadership positions at FTSE 350 companies. The report finds an overall increase in the number of women in FTSE 350 board positions, but urges companies to step up the pace to meet the voluntary target of 33% women on all FTSE 350 boards and in senior leadership positions by 2020. For more on this story, see our news article: FTSE 350 companies must do more to meet Hampton-Alexander Review’s targets on gender balance (a subscription to Lexis®PSL Corporate is required).

The findings in the report echo the findings in our upcoming AGM 2018 Season Market Tracker trend report, which will look in depth at gender diversity across the FTSE 350, with a focus on the distribution of gender in executive and non-executive directorships. One of the key findings in the report is that despite significant progress towards the target of 25% women on FTSE 350 boards, over 80% of FTSE 350 companies still have no female executive directors. 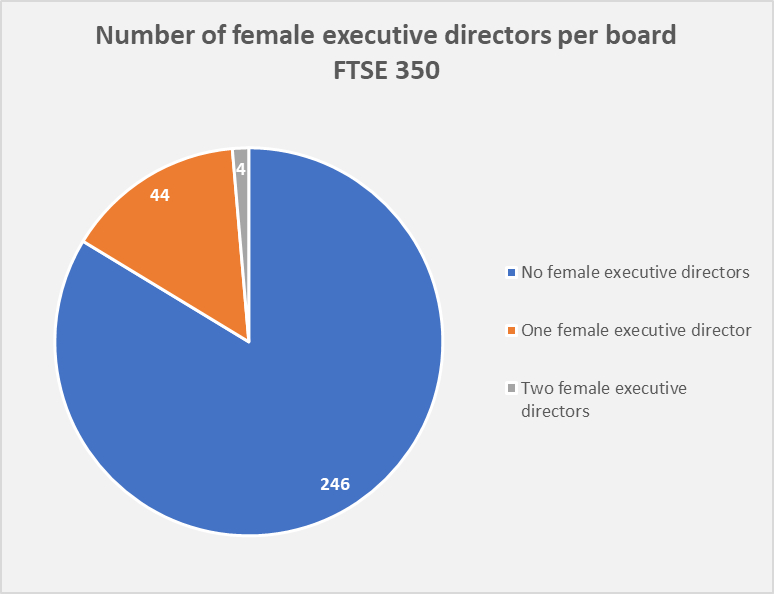 The report, to be published later this month, will include the Lexis®PSL team’s analysis together with expert commentary from a range of external contributors.

The European Securities and Markets Authority (ESMA) has updated its Q&As document on the implementation of the Market Abuse Regulation (EU) 596/2014 (MAR). The updated document includes a new Q&A on the scope of the trading restrictions for persons discharging managerial responsibilities under Article 19(11) of MAR. For more on this story see our news article: ESMA updates MAR Q&As (a subscription to Lexis®PSL Corporate is required).

UK and EU announce agreement in principle on the Withdrawal Agreement

On 14 November 2018, the UK government and the European Commission announced agreement in principle on the legal terms of the UK’s withdrawal from the EU. Following ongoing talks, the legal text of the Withdrawal Agreement has now been agreed at negotiator level with both the UK government and European Commission urging its endorsement. A copy of the draft Withdrawal Agreement has been published, along with an outline of the political declaration on the framework for the future EU-UK relationship.  For more on this story see our news article: UK and EU announce agreement in principle on the Withdrawal Agreement (a subscription to Lexis®PSL Corporate is required).