Increase in Takeovers subject to the City Code despite global slowdown

Increase in Takeovers subject to the City Code despite global slowdown 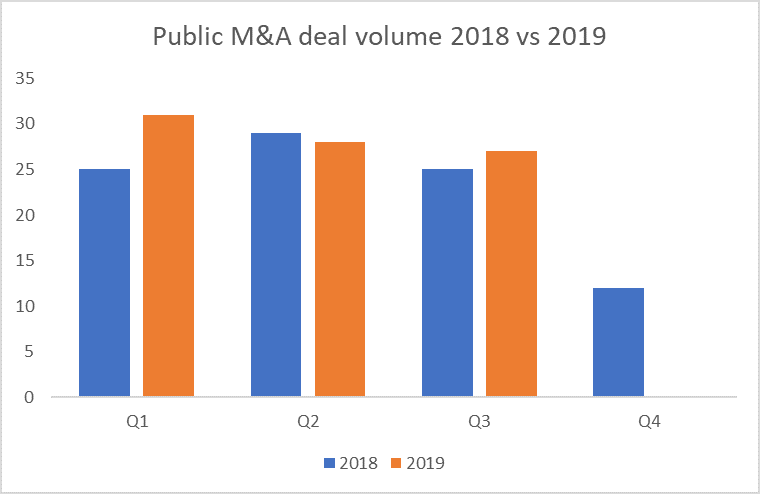 The increase in public M&A activity, despite Brexit-related political and economic uncertainty, may be down to a number of factors, including easier access to debt finance and a weaker pound making assets cheaper to foreign buyers. The Market Tracker Team will report in more detail on deal statistics during the period 1 July 2019 to 30 September 2019 and other emerging trends in our upcoming Q3 M&A Trend Report.

For further information on trends emerging in takeovers transactions during in the first half of 2019, see our half-year report.