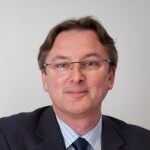 Karl Chapman is Chief Executive of Riverview Law and has a long pedigree in starting, growing and managing successful companies.

He left GMIM in 1989 to set up CRT Group plc (CRT), a consultancy, recruitment and training business. Under Karl’s leadership his team grew CRT, both organically and by acquisition, to a market capitalisation of over £500 million, sales in excess of £400 million with 2,500 employees operating from over 200 locations. In 1996 CRT sold 50.1% of its equity for £109 million to Knowledge Universe, a private US-based company.

Karl left CRT in 2000 and set up AdviserPlus Business Solutions in 2001. AdviserPlus is a leading advisory outsourcing organisation providing HR, employment and H&S solutions to organisations ranging from FTSE 100 companies to SMEs. He joined Riverview Law as Chief Executive in June 2011.

By Karl Chapman, CEO, Riverview Law Smiling, the Chairman at a recent conference introduced me as a representative of “the barbarians at the legal gate”. I hope he...