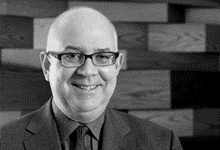 André Bywater is a commercial lawyer with a focus on regulatory compliance, processes and investigations. His practice has engaged both the private and public sectors.

He was Brussels-based for many years focusing on a multitude of EU issues during which time he worked across Europe and beyond. He has assisted and advised mainly European and US in-house counsel and other company personnel. Further, he has also addressed a variety of legal matters in the context of EU-funded projects building the expertise and capacity of government ministries and agencies in Central and Eastern Europe and further afield. He therefore brings to the practice a wide range of experience and skills.

What compliance issues might organisations be facing following large data leaks and breaches such as the Panama Papers, and how can they protect themselves...