In 1973, the Conservative government of Edward Heath set up the Office of Fair Trading, otherwise known as the 'OFT'.

To be honest, sometimes I wonder how they found the parliamentary time to do so at the time—what with the need to ensure that corset-makers got their well-deserved holidays (The Wages Regulation (Corset) (Holidays) Order 1973); grey squirrels were protected from DVTs (The Grey Squirrels (Warfarin) Order 1973) and milk bottle tops were coloured correctly (The Milk and Dairies (Milk Bottle Caps) (Colour) Regulations 1973).

But find time they did. And the world—well, the UK at least—was introduced to an office that promoted fair trading.

What an exciting time it was to be an OFT civil servant in those halcyon days 40 years ago!

I've often thought that Sam Tyler, the time travelling character in the BBC series 'Life on Mars' should have been transported to this newly created body instead of to some dull Criminal Investigation Department in drizzly Manchester. Imagine a two-hour long special episode on the scandal of mispackaged macaroni under The Weights and Measures Act 1963 (Pasta) Order 1973. The screen would simply fizz with intrigue and food-based malpractice.

Or picture a hard-hitting episode where hundreds of packets of biscuits are manufactured by women on a wintry Sunday afternoon in clear contravention of  The Baking and Sausage Making (Christmas and New Year) Order 1973 (see below). 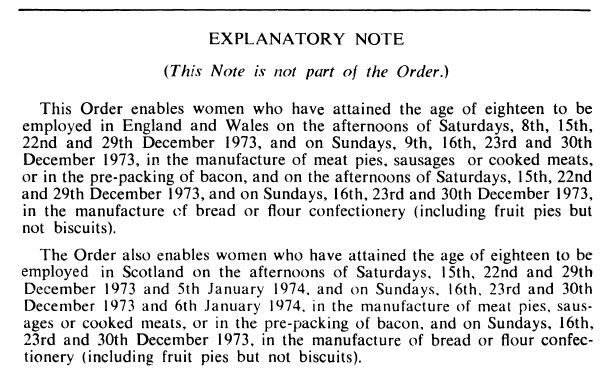 But, sadly,  'Life at the OFT' was never to be. And now never will.

Despite 40 years of service to the country, the OFT is due to close its doors for the final time on 31 March. So where are its responsibilities heading to exactly?

As it happens, they are being distributed to a pretty wide (and, on occasions, bizarre) selection of bodies: 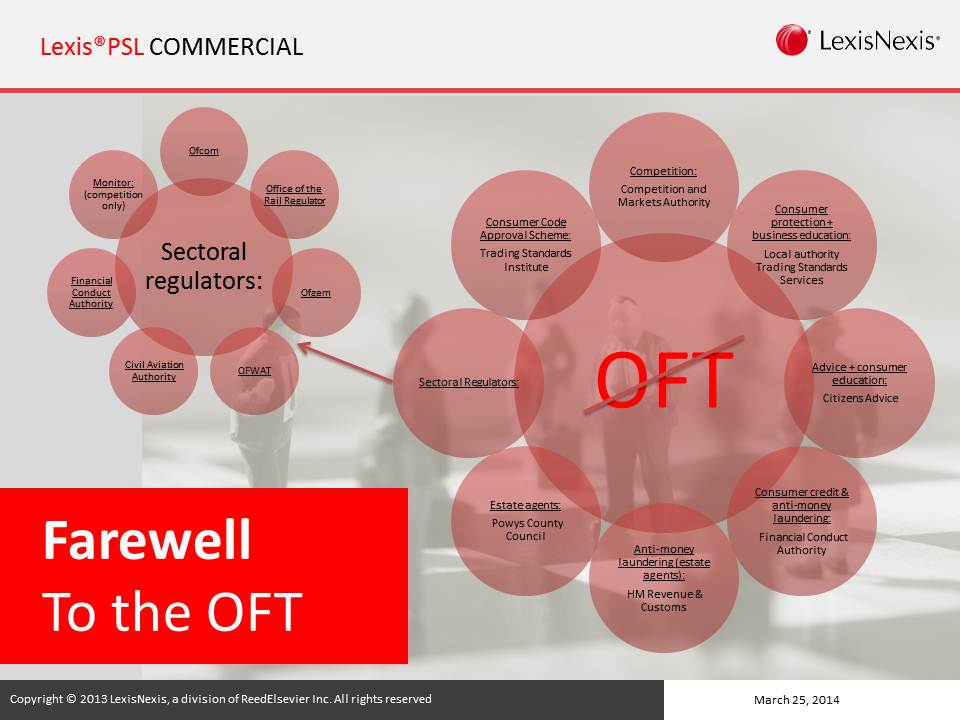 Having said all of that, the main replacement regulator, for most intents and purposes, is the CMA.

Like all new regulators, it is keen to be seen as bursting with energy and having a insatiable desire to shake things up. In a recent government consultation the CMA proposed, for example, to 'initiate three cases that focus on markets where there is evidence of widespread or endemic practices that negatively impact on consumer decision-making or choice'.

Three cases doesn't sound very much but when the OFT delved into an industry not many stones were left unturned. I suspect that this will also be the case for the CMA, particularly given that it has a lot to prove.

In other words, businesses shouldn't think the CMA have their eyes of the regulatory ball even though there will be the inevitable bedding in period.

So what do you think of all of this? Should the OFT have a reprieve? Is this a necessary change for the better or just more political tinkering. Do let us know below!