'Surrendering your immortal soul' - does anybody ever read terms and conditions?

'Surrendering your immortal soul' - does anybody ever read terms and conditions? 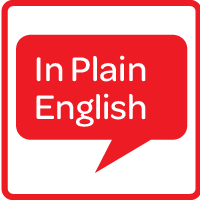 I’m a convert to them. I’ve spent years drafting them for businesses large and small. Personally, I think that they are a useful management tool setting out what businesses and customers should expect from each other. However, I fully accept that a significant percentage of the population may struggle to agree with me.

So how do you get customers to read them, or, at the very least, have a cursory glance through them? After all, thousands of Gamestation customers — 7,500 in fact — inadvertently surrendered their souls to the games retailer in April 2010 when they agreed to the clause below. To be honest, I’m surprised that as much as 12% of Gamestation’s customers actually discovered the clause — and thus were able to claim a lovely £5 voucher for being so eagle-eyed. Even us lawyers blindly click on terms and conditions from time to time (shocking revelation, I know). 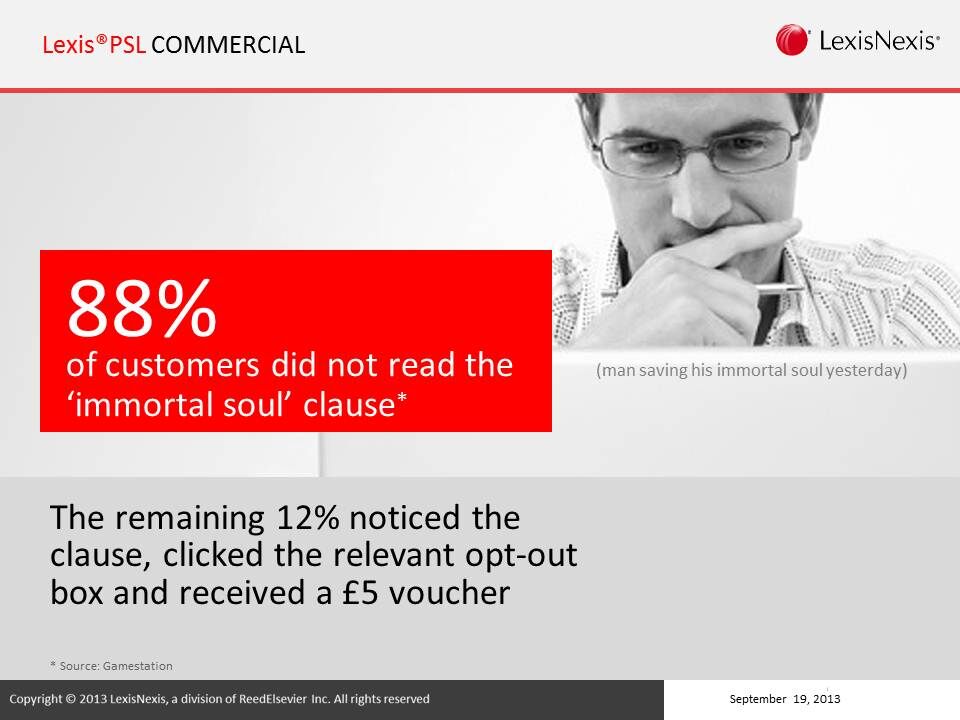 So how do you make terms and conditions work for you?

The key, I believe, is to not to look at terms and conditions in isolation. They should be part of a whole package of engaging with customers:

Effectively, put systems in place so that you manage the risk of a customer not actually reading the terms and conditions.

So far so good. But how do you get the customer to actually read them?

I’m a great believer in engaging with customers using language that they can relate to. Plain English isn’t a bad idea either. Here are some great examples of less stuffy language:

Now these terms and conditions are not perfect (I would say that, I’m a lawyer). In many cases, they do not comply with EU law (which is fair enough given that some of the businesses are not based in the EU).

What's more, many contain some typical American provisions in them such as VERY SHOUTY LIMITATION OF LIABILITY CLAUSES WHICH ARE ALWAYS IN CAPITALS AND THUS ARE ALMOST IMPOSSIBLE TO READ. They also include words which the OFT would probably not like.

It is clear, however, that they have been thought through from a marketing and PR perspective. Indeed, I suspect that in some of the cases above copywriters have also been engaged to work alongside the legal team so that the business’ ‘voice’ can be heard in the them (care obviously needs to be taken when using this approach to ensure that the terms and conditions still work from a legal point of view).

Other nice touches are where key provisions are highlighted (such as in the Tumblr terms and conditions) or where ‘tips’ are included. Twitter does the latter in its terms and conditions in a simple, chatty style: 'what you say on Twitter may be viewed all around the world instantly. You are what you Tweet!'

It is quite an art getting all of this right. Faux friendliness may grate on many customers as being insincere and contrived.  ‘Yo Blair’, for example, may have worked in a pub but seemed a bit out of place when mouthed by a head of state.

In essence, tailor your 'voice' to the key market (are they trendy Shoreditch urbanites with asymmetrical haircuts or cash-strapped retirees from Rhyl?). Communicate with customers in a focussed and engaging way. And then everything will be perfect. Well, almost. It'll certainly make it more likely that customers will understand what your business is trying to do.

That said, if you don’t agree with a word that I’ve said, then feel free to head here.