New consumer rights in force on 1 October—are you ready? (Part 3)

New consumer rights in force on 1 October—are you ready? (Part 3)

New unfair trading laws are due to come into force on 1 October.

They will give important new rights to consumers where businesses mislead or trade aggressively with them.

Fortunately, the majority of companies do neither.

However, this doesn't mean that traders can stifle their yawns and look for a cosy bed of laurels to rest their indifferent heads on: it could be surprisingly easy to fall foul of the (amended) Consumer Protection from Unfair Trading Regulations 2008.

In the last two Comet posts, we discussed how the new right to a discount and the right to unwind will affect businesses. Today, we look at the third new right under the 2008 Regulations: the right to damages, particularly in the context of 'misleading actions'. 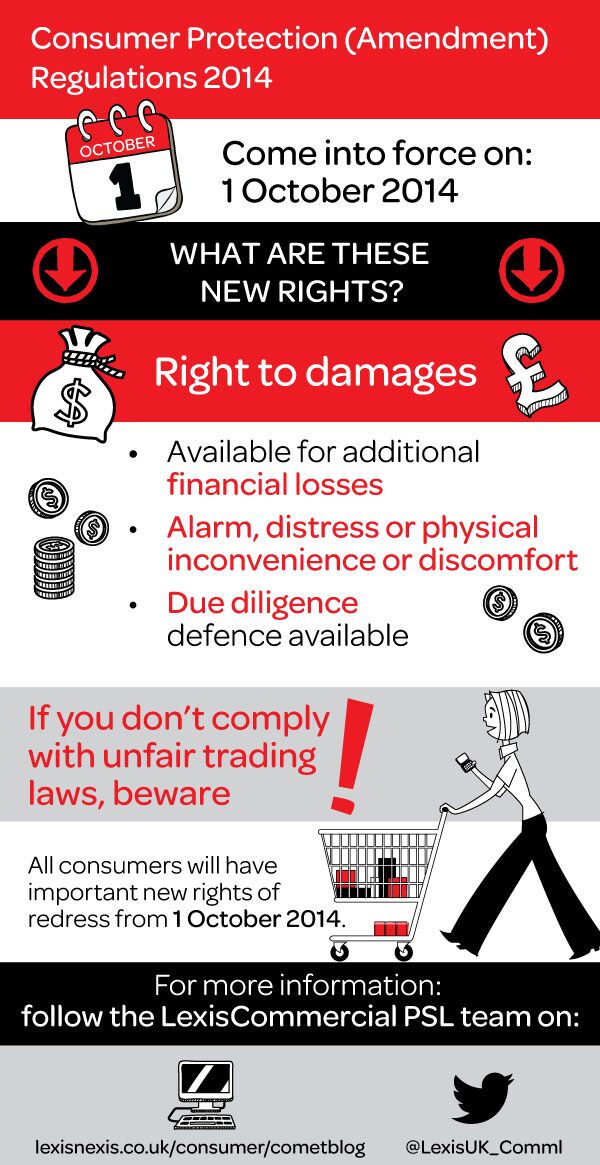 In effect, if traders are slapdash about the truthfulness of their advertising or aren’t bothered by what their sales teams tell customers, they may find themselves at the wrong end of a claim form under this new legal regime.

This is potentially worrying for a commercial world that has been encouraged for years to stop ‘selling products’ and start ‘selling stories’. Organisations have been told that spinning a compelling yarn can help to build trust, be entertaining and, most importantly, give customers something to relate to.

But when does sales talk become misleading? When does exaggeration in marketing material become untruthful? After all, we can all exaggerate stories from time to time. Was it not Mark Twain that said 'never let the truth get in the way of a good story'?

In essence, businesses will still be allowed to market creatively but they should be mindful to do so in a fair and truthful manner. Above all, they will have to take greater care to manage the risk of consumers suing them if they get this wrong.

Let's take the example of Jane and a dicey ad:

Jane (other names are available) complains to the Advertising Standards Authority (ASA) about a misleading advert from We Sell Widgets Ltd.

She wins. The ASA bangs a gavel on its special desk and declares that the ad is misleading.

It mustn't appear in the same form again.

As it happens, the ASA typically takes a more robust view on what is acceptable or not in comparison with the courts (see our post: Businesses: what do you mean you’re not perfect?).

Even so, there is now a risk for We Sell Widgets that a single complaint to the ASA could open the floodgates to numerous consumer claims, especially if the advertisement is on the dodgier end of the scale:

The ASA says that ad hoodwinked consumers. I'm going to see if I can claim too!

At the moment—not being in possession of a crystal ball—we don't know the extent to which consumers will take to these new laws. After all, going to court isn’t much fun.

We don't quite know what the approach of the courts will be either.

The amount of new cases could be like the Thames Barrier being breached by a monster storm surge or it might be more akin to a leaf being plucked out of some blocked guttering. Or, as is usually the case, it will probably sit somewhere in between the two.

Whatever happens, there will be an increased exposure to claims for many businesses: social media and consumer forums mean that customers have the ability to communicate with each other in ways that could not have been dreamt off years ago.

So what is this new right to damages?

As we mention above, the right to damages for consumers might be in addition to the right to a discount and the right to unwind (as the flowchart below explains). 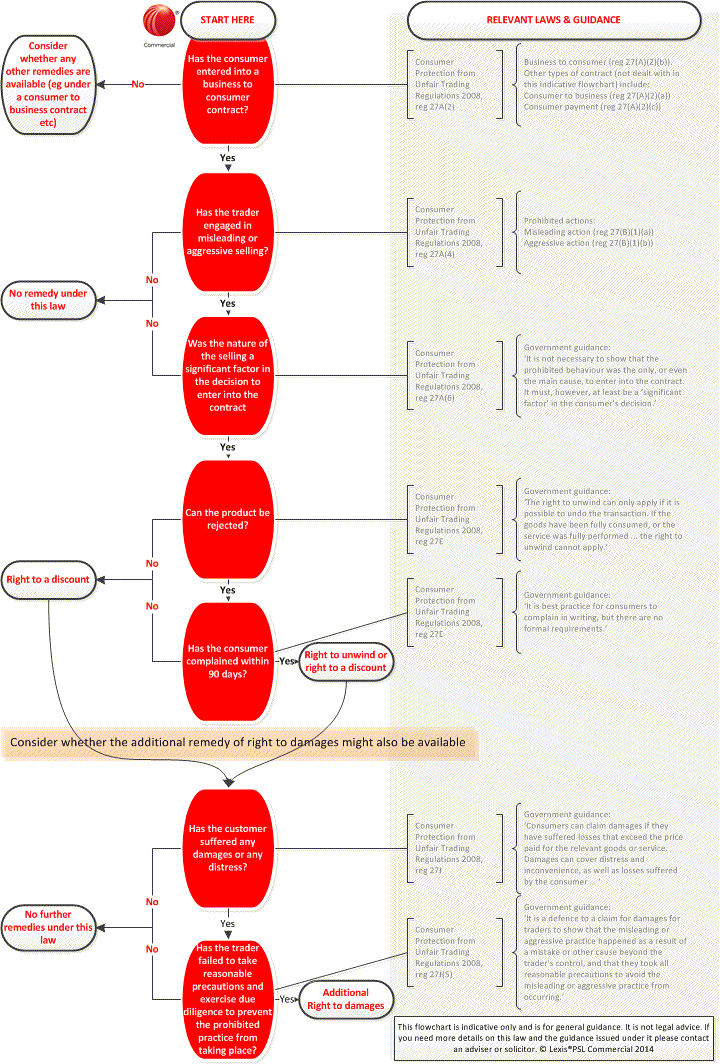 As the government says in its guidance on the new law:

The remedies for damages apply where the consumer’s losses exceed the price paid for the goods or services in question. They cover damages for distress and inconvenience, as well as consequential financial losses. Unlike the standard remedies, consumers have to give evidence of actual loss to get damages.

It goes on to state (happily for businesses):

Traders also have a due diligence defence. This means that if a trader took reasonable care to avoid committing a misleading or aggressive practice, they are not liable for damages

As for the amount of damages that may be claimed, the guidance states:

The amounts awarded for distress and inconvenience should be restrained and modest, in accordance with the general law in England and Wales and Scotland. Only in exceptional circumstances would these exceed £1,000, and in most cases, a nominal award, or an amount below £1,000 would be appropriate.

In the consultation on the new law, the government opined that the courts will be 'well aware that damages should not be substantial except in very extreme cases' adding that the courts already take a 'cautious approach' to non-financial damages.

It concluded that there is no reason to think they would take a different approach under the new rights.

Nothing to worry too much about then?

In connection with damages for distress and inconvenience, it does look as though they will be capped at a reasonable level.

However, for any financial losses incurred by a customer, the usual common law rules apply (such as remoteness of loss and the like). This means that, in some cases, losses could be considerable.

New rules bring a degree of uncertainty to businesses no matter how well prepared they are.

As we know, most vendors aren’t that keen on uncertainty (Scottish independence referendum anyone?).

However, this updated law should not, in our view, unduly concern traders which treat their customers with respect; trade fairly with them; and have processes in place to ensure that these things happen.

Certain aspects of certain businesses may need to be considered more carefully, such as civil recovery schemes: The end of the road for civil recovery?. As for the rest, they should check their systems to ensure compliance and should do so sooner rather than later.

They may very well need to do some tweaking of them to deal with the increased risk of claims: have a word with the marketing department; train the sales teams; liaise with the company’s lawyers.

In the meantime, let us know what you think. All comments are welcome below.