Crowdfunding: are you ready for the new rules from 1 April 2014?

Crowdfunding: are you ready for the new rules from 1 April 2014?

Crowdfunding: a concept so achingly trendy is it now one word. One word! That's the way the modern world rolls, folks.

As it happens, the word hasn't quite made it to the Oxford English Dictionary (yet) but it has nonetheless piqued the interest of the regulatory authorities such as the Financial Conduct Authority (FCA). As a result, the FCA published its new rules on this new method of funding yesterday.

If you are a business that is looking to be invested in by crowdfunders or you are a crowdfunding organisation, then these new rules will be of interest to you.

So, let's get straight into it. What is crowdfunding all about?

The FCA describes it as follows:

Crowdfunding is a way in which people, organisations and businesses (including business start-ups) can raise money through online portals (crowdfunding platforms) to finance or re-finance their activities and enterprises.

The concept has become increasing popular in recent years for many reasons. Advances in technology (such as the creation of online platforms) have facilitated the creation of crowdsourcing sites and, more importantly perhaps, banks and other traditional lenders have not being willing or able to lend like they used to prior to the financial crisis.

Given the increase in this type of fund-raising last year alone (see the graph below) it is little wonder that this source of funding has increasingly fallen within the radar of the FCA: 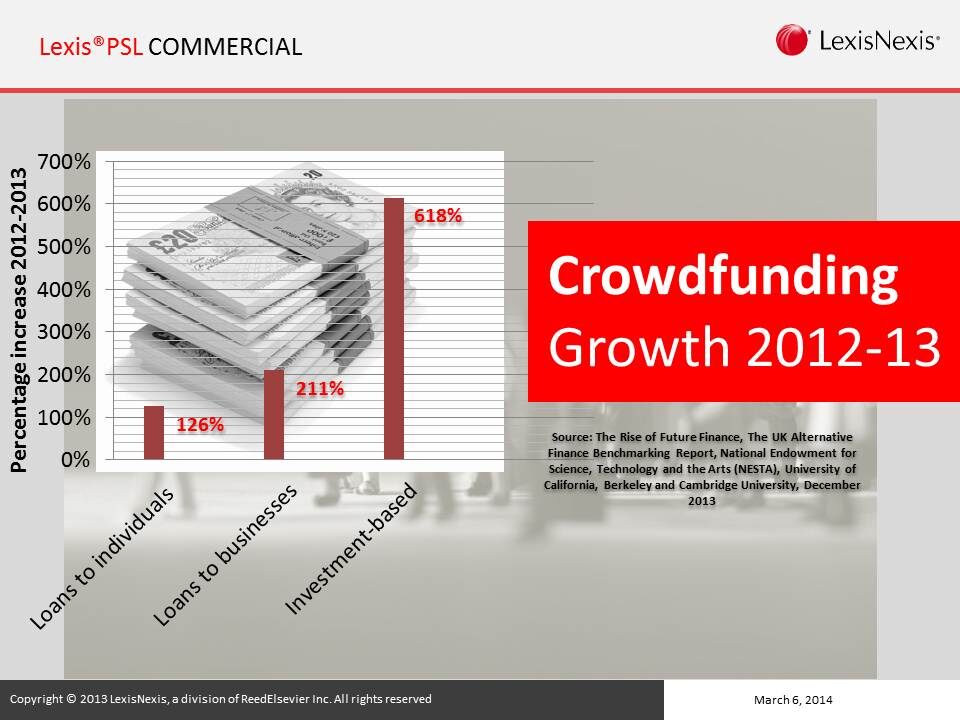 So late last year, the FCA published a consultation paper on regulating the sector.

Yesterday, the FCA put the flesh on the bones of its 2013 proposals (which seems to have been welcomed by some in the industry):

Our CEO, @samirdesai01 is being interviewed on @BBCWorld about the FCA's new regulation rules. A positive move that will benefit consumers.

Others are not so keen. Barry James of the Crowdfunding Centre, said the new rules would take the crowd out of equity crowdfunding. In yesterday's Guardian he states:

Over the centuries Britain has led the world with inventions and innovations – and [now] thrown away that lead.

So who is covered by the new rules?

As it happens, not everybody. Certain types of crowdfunding will remain unregulated such as donation-based platforms or platforms which are rewards-based. That said, loan-based and investment-based platforms will now be subject to new rules: 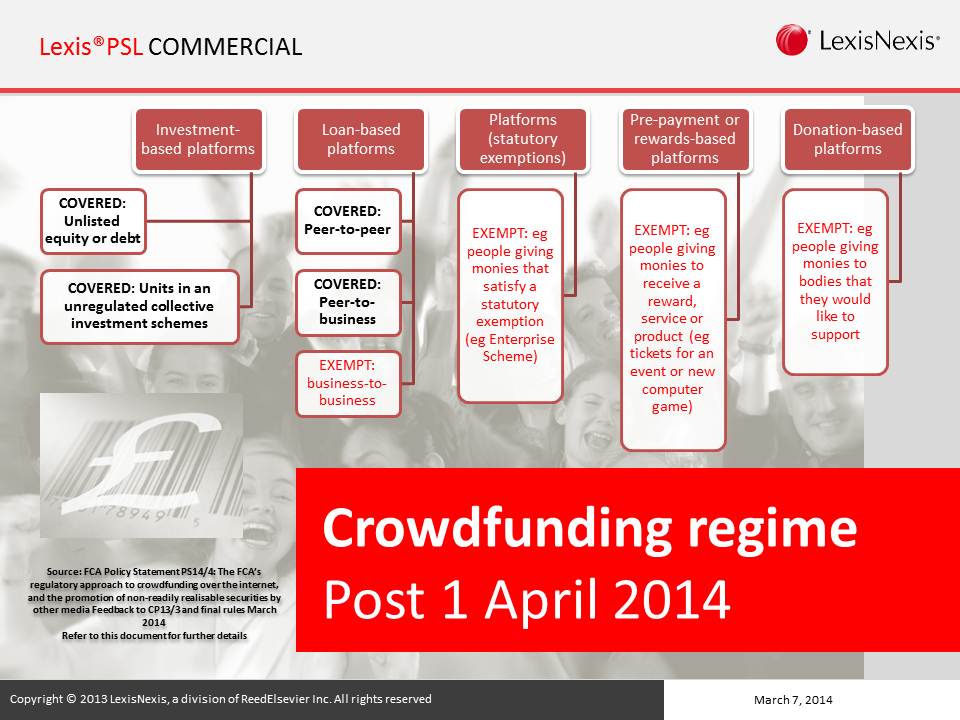 The new rules state, for example, that loan-based platforms can only be promoted to certain types of investors (such as well-advised or sophisticated investors): 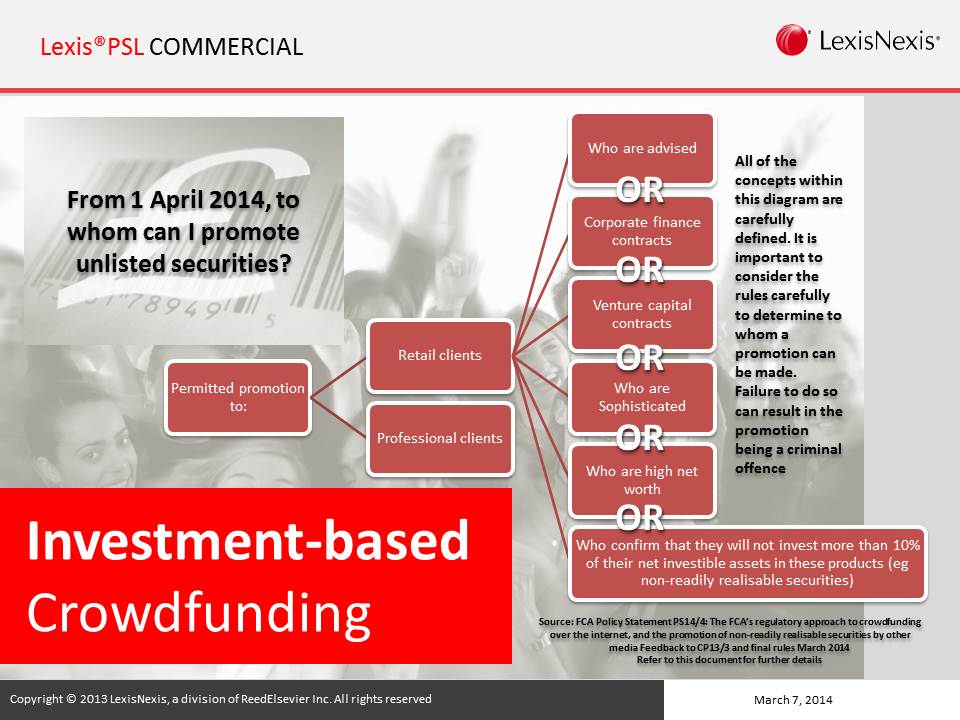 One of the biggest changes is the new 10% rule. According to this rule, investment in the shares of crowdfunded companies will be restricted, from 1 April 2014, to investors who sign a statement stating they will spend no more than 10% of their assets – excluding homes and pensions - on crowdfunding in any given year (unless they fall within one of the exemptions above).

Therefore, if you are a company in which investors want to invest it may be that the pool of available capital has shrunk somewhat although only time will tell whether this is indeed the case.

Furthermore, these new rules do not mean that companies and investors can ignore existing laws, such as the Companies Act 2006, on offering shares to the public. As always, the law is quite involved in this area and the advice of a good corporate finance lawyer is invaluable.

In the meantime, it is worth bearing in mind that the industry is still very much in its infancy. These are only the first set of rules that the FCA has developed. There are likely to be more in the future if circumstances warrant it.