We have been reporting on the Consumer Rights Bill for some time now:

An update on the first reading of the Consumer Rights Bill yesterday (£): http://t.co/kLuV5J7CXH

A lot of businesses have heard about it but, for many it may have fallen under their radar.

So what is all the fuss about?

In essence, there seems to be a general consensus across business and consumer groups that existing UK consumer law is unnecessarily complex. It is fragmented and in places unclear: for example, where the law has not kept up with technological change; lacks precision; or where it uses legalese. There are also overlaps and inconsistencies between EU and UK legislation.

The new Consumer Rights Bill will go some way towards fixing these problems. That said, it won't be perfect by any stretch of the imagination. For example, the law won't be found all in one place so it will remain somewhat fragmented (see below).

Comet will be reporting on the Bill in much greater detail once the form of it has settled. It is currently at the Committee stage in the House of Commons and, at this stage, will be subject to a multitude of amendments (although not all of these are likely to be material).

In the meantime, we have produced a number of handy graphics—aren't we nice?—to show how existing law is likely to change: 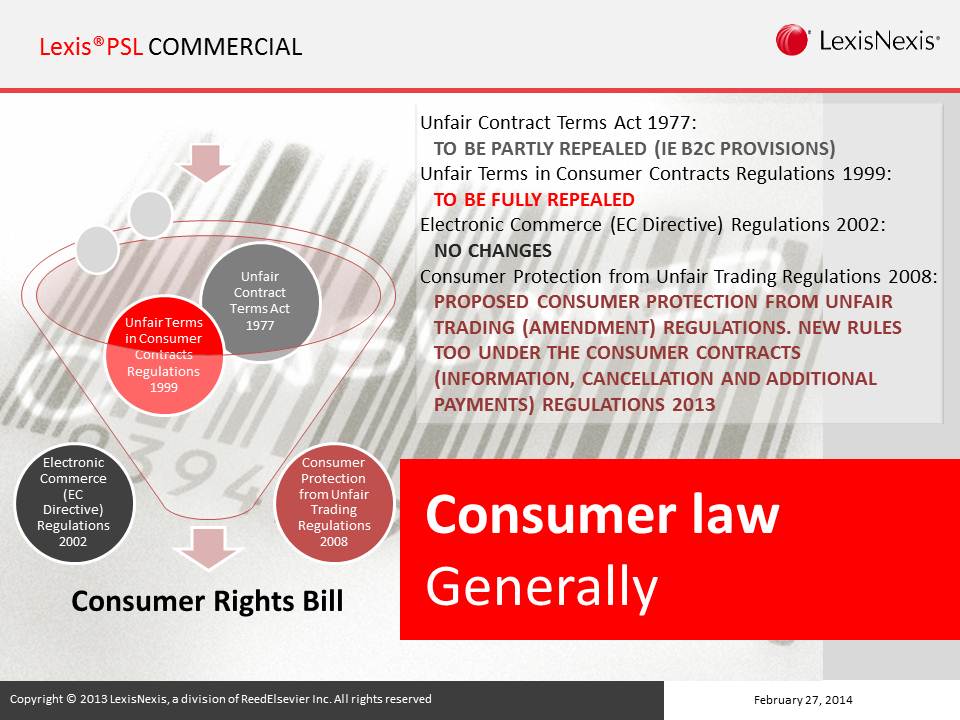 This graphic shows the proposed changes to consumer laws relating to goods: 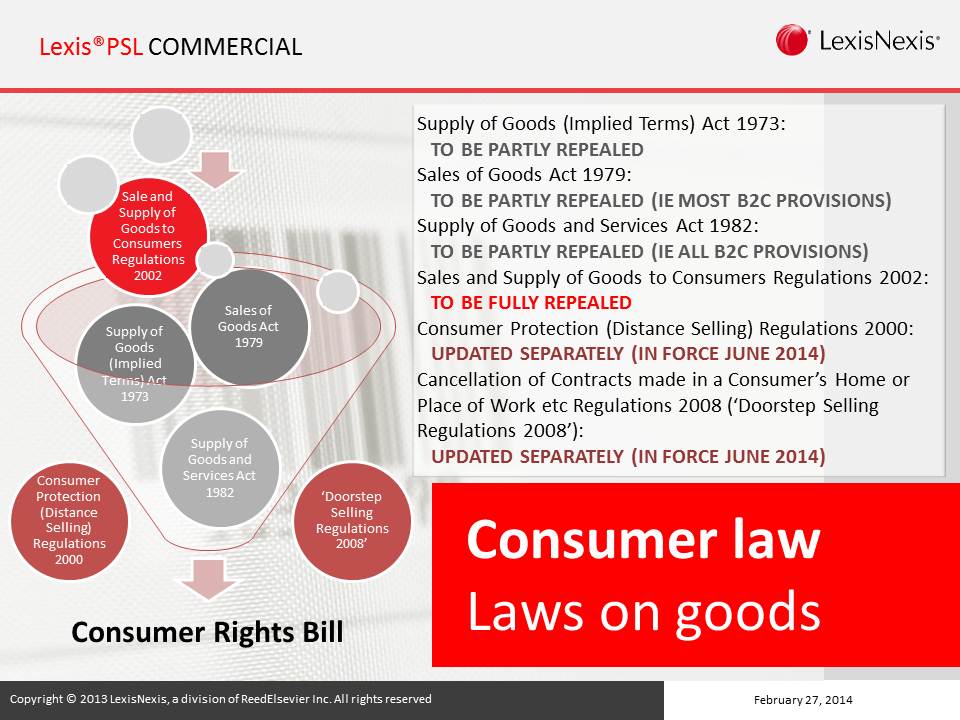 And here's the same for services: 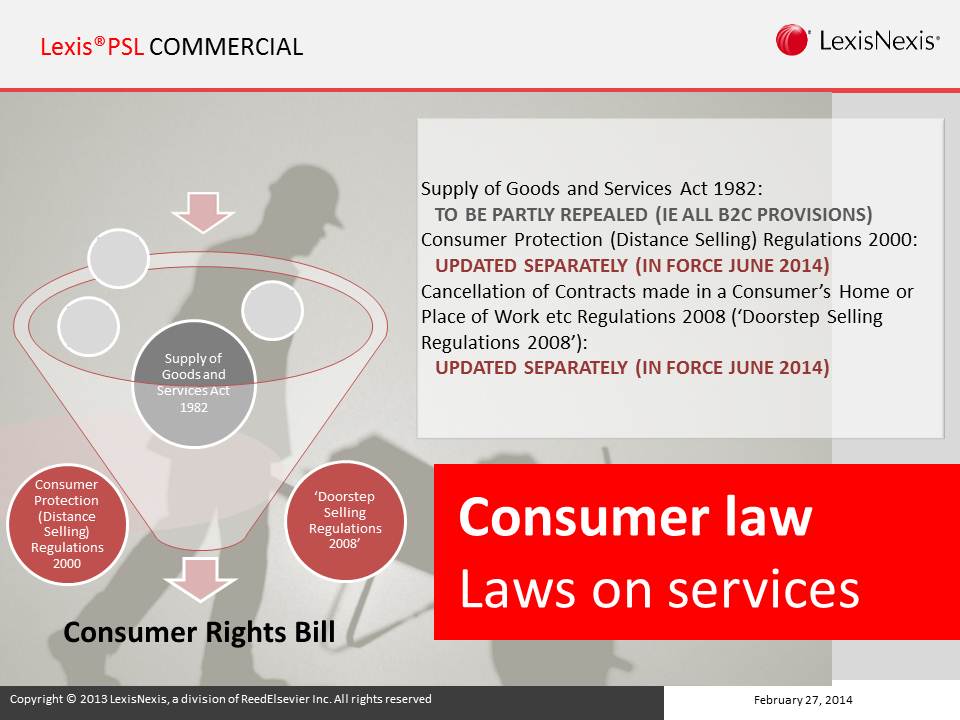 It is certainly worth bearing in mind that the Consumer Rights Bill is exactly that: a law to deal with consumer law. Business to business (B2B) relationships will continue to be governed by existing laws such as the Unfair Contract Terms Act 1977.

So there you go.

In any event, don't forget to follow us here at Comet during the months to come as we will be providing further updates on this important law. Even better, follow us on Twitter.

In the meantime, we'd better go. We got to keep an eye on this: