What's on the (Tory blue) horizon for the Property Industry?

What's on the (Tory blue) horizon for the Property Industry?

After the election dust has settled - which will likely involve new brooms for Labour, Lib Dems and UKIP - what will be on the cards for the property industry over the next five years?

Labour’s proposed mansion tax on properties over £2 million is less likely. Instead, the family home will be taken out of Inheritance Tax for all but the richest by raising the threshold for married couples and civil partners to £1 million.

Private landlords will be relieved to hear that Labour's proposals to regulate the industry by introducing 3 year tenancies with rent control are not an immediate concern.

The Conservatives propose to extend the scheme to:

The scheme will be funded by requiring councils to sell off their most valuable housing stock as it becomes vacant and replace it with cheaper property.

The proposals are somewhat controversial and have been criticized by housing associations and industry bodies alike. There are a number of major issues which will need to be surmounted if such proposals are to go ahead, including:

Historically, a number of barriers have led to significantly fewer homes being self-built in the UK versus the rest of Europe. Such barriers have included:

The Conservatives have pledged to double the number of custom-built and self-built homes by 2020.

Further regulation and guidance can be expected setting out the detailed operation of the local registers early in this Parliament. Regulations will be informed by the consultation responses and the practical experience of the 11 test local councils see: Consultation response.

The Government's ultimate aim - following such consultations and trials - is to reach a point where it can legislate for local authorities to be subject to a legal obligation to allocate land to local people for the purpose of building or commissioning their own homes under the Right to Build Scheme.

Custom/self-build homes are also exempt from the community infrastructure levy and the government is looking at a range of planning reforms for self-builders and reducing other costs through changes to s 106 affordable housing contributions.

The Human Rights Act is in the firing line with the Conservative pledge to scrap it and introduce a British Bill of Rights which they claim will:

"[restore] common sense to the application of human rights in the UK…. Which will protect…..the right to a fair trial…... But it will reverse the mission creep that has meant human rights law being used for more and more purposes…..”.

Is there any immediate action practitioners should consider taking in light of the result?

If you advise Housing Associations:

Consider advising clients and developing package documentation for financial and legal agreements in: 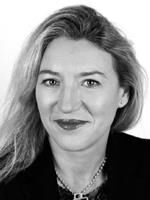