UK referred to ECJ for failure to protect marine species

UK referred to ECJ for failure to protect marine species The European Commission has referred the UK to the European Court of Justice (ECJ), alleging a failure to propose a list of sites which would ensure the protection of the harbour porpoise, in breach of Council Directive 92/43/EEC on the Conservation of natural habitats and of wild fauna and flora of 21 May 1992 (Habitats Directive).

Lexis®PSL subscribers can enjoy expert guidance by accessing some of the links below. If you are not a subscriber, you can take a free Lexis®PSL Environment trial here.

What is the background to the proceedings?

The Commission has referred the UK to the ECJ due to dissatisfaction with the protection measures taken by the UK in relation to the harbour porpoise (Phocoena phocoena), a marine mammal regularly found in UK waters. The referral follows a request for information sent to the UK government in June 2013 and a request that the UK inform the Commission of the measures taken to comply with the Habitats Directive 92/43/EEC in October 2014.

The Commission is not asserting a complete failure to comply with the Habitats Directive. It acknowledges that the UK has proposed small sites in Northern Ireland and Scotland and launched a consultation regarding further potential sites in England and Wales. The Commission is taking issue with the adequacy of the steps taken thus far and believes the UK has failed to:

What is the basis for the decision to refer the UK to the ECJ?

The Habitats Directive requires a network of Special Areas of Conservation (SACs) and Special Protection Areas for birds (SPAs) to be set up under the title 'Natura 2000'. Each Member State identifies and proposes sites that are important for the conservation of species and habitats listed in the Habitats Directive occurring naturally in their territory. The Commission subsequently approves them as Sites of Community Importance (SCI).The list must be periodically reviewed. According to the Commission it has repeatedly urged the UK government to fulfil its obligations in respect of conservation of the porpoise, as other Member States have done already, but this has not occurred.

The Commission is empowered by Article 258 of the Treaty on the Functioning of the European Union (TFEU) to commence proceedings against Member States that are not fulfilling their obligations under EU law. A referral to the ECJ follows the issue of a request for information and a formal request to comply if the Commission is dissatisfied with the Member States' response, or the measures taken by the Member State in response.

What are the next steps?

A hearing date is yet to be confirmed. If at the hearing, the ECJ considers there has been insufficient compliance, it will issue an order setting out the steps the UK must take to comply and can impose a financial penalty on the UK for non-compliance.

What impact could Brexit have on protection of species such as the harbour porpoise?

The UK has a long-running tradition of laws designed to protect the countryside. However the extent and format of post-Brexit habitat protection laws is unknown. In addition the protection afforded by the ability any non-compliance to refer to the ECJ will no longer be available. The result could be a greater risk to protected species such as the harbour porpoise. 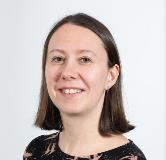 Sophie is an environmental law specialist at LexisNexis with 13 years’ experience.

Sophie moved to LexisNexis from Shoosmiths LLP where she was a Senior Associate. Prior to this Sophie trained at Browne Jacobson LLP and spent 6 years at Eversheds LLP. Sophie is a non-contentious environmental law specialist with experience in advising on all environmental aspects of real estate and corporate transactions, environmental compliance, contaminated land, waste management, water law, sustainability, producer responsibility and chemicals regulation.