Tree located within a conservation area given extra protection

Tree located within a conservation area given extra protection

Saving the Tree of Heaven

Local authority decisions to cut down trees can stir up strong emotions and will sometimes result in court proceedings.

In R (on the application of McClellan) v Lambeth London Borough Council [2014] EWHC 1964 (Admin), the Queen’s Bench Division in London considered a claim for judicial review by a resident in Kennsington against Lambeth Council’s decision to fell a tree. The aptly named Judge Sycamore saved the ‘Tree of Heaven’ to the delight of local residents. 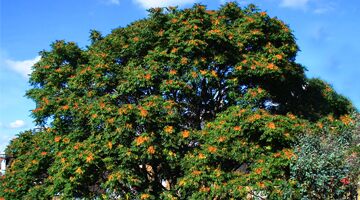 The 80 year old tree, owned by Lambeth London Borough Council was situated behind a public library in Kennington Conservation Area. It was not subject to a tree preservation order. The Council was concerned that tree roots could damage the library.

The Tree of Heaven is a native of China that may grow to a height of 80 to 90 feet. This deciduous species has large, pinnately compound leaves that have from 10 to 25 or more sharply-pointed leaflets. The small, greenish flowers which develop in June are very foul-smelling on the female trees. These flowers develop into flat, papery fruits that are wind dispersed. This tree is a prolific producer of root sprouts.

The Council commissioned two reports and both found no evidence of damage of cracking to the library building.

The arboriculturalist reported that the tree had damaged the rear boundary wall, however residents would take some enjoyment from the tree’s presence. The arboriculturalist stated that “the cost of maintaining such a large tree, in possible decline, next to a public library is likely to increase with time and divert dwindling public resources”. The surveyor Lambert Hampton Smith recommended that “in the absence of any strong opposition, it would be prudent to remove the tree”.

In July 2012 an officer of the Council made a decision that the tree should be taken down, “provided we do not receive any strong objection”. A replacement would be planted within the immediate vicinity.

The residents submitted an independent report from Tree Environmental Practice. The report stated that over 80 years the roots had not caused any damage to the library and there was a “low” risk of structural impact. The Tree of Heaven showed “high vitality”.

The Council’s Cabinet considered the reports and decided not to overturn the officer’s decision.

The claimant made an internal complaint and then complained to the local government ombudsman. The ombudsman concluded that the Council was entitled to take this decision and found no fault in the process.

Finally the claimants approached an environmental law firm Richard Buxton who brought a claim for judicial review against the Council’s decision.

The legal issues for Judge Sycamore

2. Had the Council complied with its duties and decision making processes under section 212 of the Town and Country Planning Act 1990 (eg giving notice of its intention)

The Judge held that although the defendant was not under a duty under section 72 of the Planning (Listed Buildings and Conservation Areas) Act 1990 to preserve the tree, it was a “material consideration” that the tree was situated in the conservation area.

His Honour Judge Sycamore stated that “had the members of the defendant’s Cabinet weighed the impact that the loss of tree would have on the character of the conservation area as a whole, there is a real possibility that a different conclusion would have been reached”.

The Council officer’s comments to fell the tree “provided no strong objections were received” also formed part of the Judge’s decision.

As well as following the correct decision making processes, local authorities need to give extra consideration to the character of the area if a decision is made to fell a tree in a conservation area.