What is the background for the current discussion around renationalisation of the energy sector?

The Labour party, under its current leadership, has expressed taking key infrastructure back into public ownership. Rail and water are in its sights, but the first detailed policy paper to be issued relates to the energy sector, and more specifically the energy networks in mainland Great Britain.

What are the main arguments for and against the renationalisation of the energy sector?

‘public ownership of transmission and distribution networks will deliver better value for the public, accelerate and coordinate the investments needed to roll out renewable and low carbon energy, provide democratic control over nationally strategic infrastructure and ensure decentralisation occurs equitably’.

Labour believes that since privatisation the owners of the networks have made ‘huge profit margins’, have overcharged customers by billions of pounds and have failed to invest enough to facilitate the transition to renewable energy.

The proposals tabled so far are very high level, so it is difficult to tell how, or if, they would work in practice (particularly as existing privately owned supply and generating businesses are not mentioned). So far, the main thrust of the arguments against the nationalisation plan have been around the valuation of the companies that would be nationalised and Labour’s plans to pay less than market value to existing shareholders. 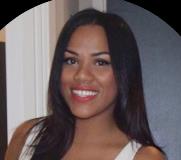 Kisha is a paralegal in the LexisPSL Energy and Environment teams. She graduated with a degree in English Literature and worked in academic publishing, before undertaking the GDL at BPP University. Kisha subsequently completed an LLM in Energy and Natural Resources with Distinction from Queen Mary University of London. Kisha has a keen interest in the energy transition and is a research associate and contributing author for the Energy Law Institute (ELI). Kisha is a future trainee solicitor at Herbert Smith Freehills.